One week after staying late for extra shots, Eric Ayala’s work paid off 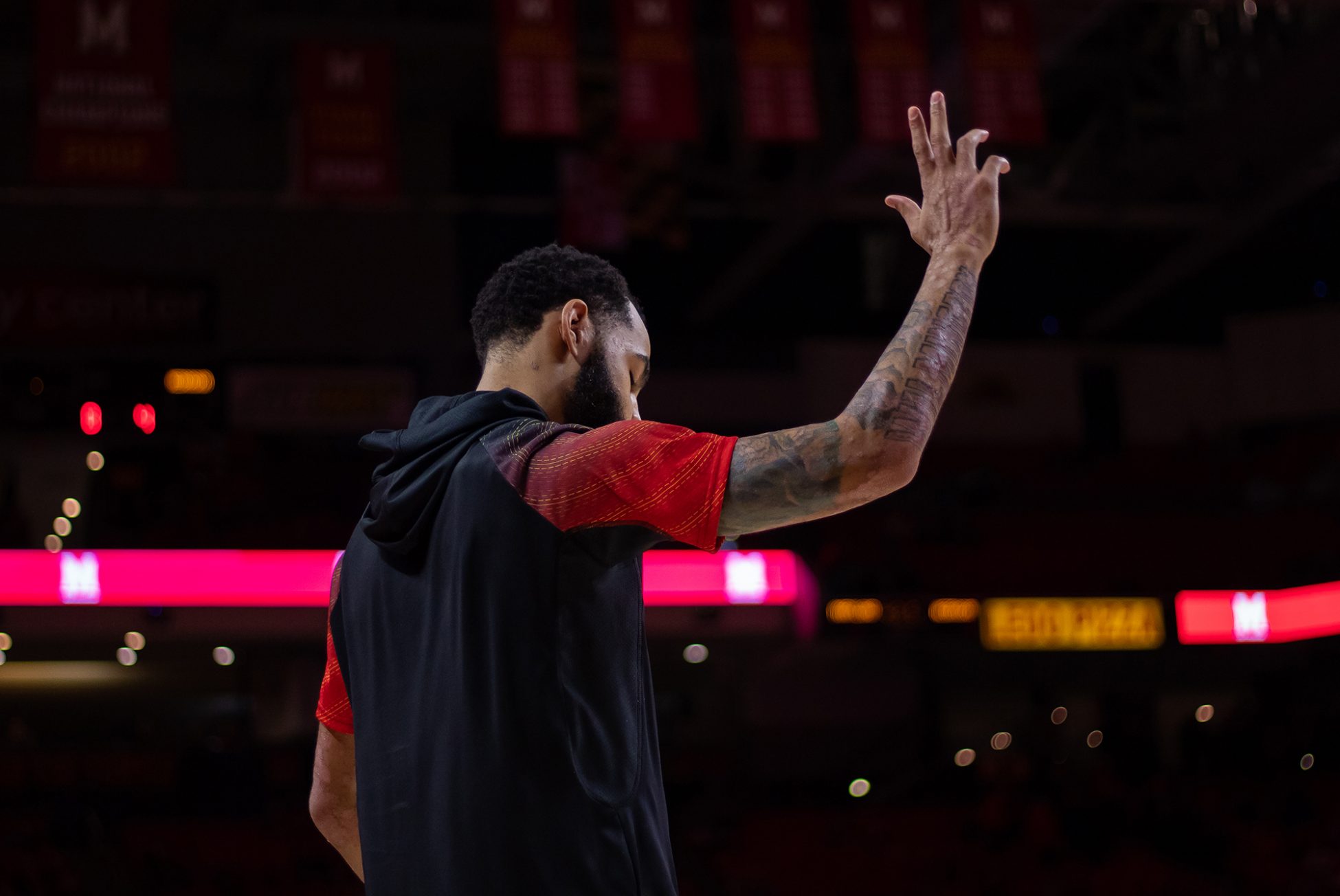 Eric Ayala left three fingers raised toward the jumbotron as he backpedaled down the floor, and when he heard the whistles blow, the Maryland men’s basketball guard crouched down and slapped the court three times with that same hand.

After burying his fourth 3-pointer of the night — this one forcing Nebraska into a timeout, attempting to quell the Terps’ surge to a 10-point edge late in the second half — Ayala’s teammates ran over to him.

It was just one week ago that Ayala had stood near the same spot on the floor. But back then he was alone, save for the student manager feeding him ball after ball so the sophomore could take shot after shot long after the final buzzer sounded, trying to find his shooting stroke once more.

So as Ayala crouched down and smacked the Xfinity Center floor, just seven days later, it was with those extra shooting sessions in mind. It was with those late nights and early mornings rolling through his head, and an overwhelming feeling that they’d all been worth it.

“To see that is just a relief that the work is working,” Ayala said. “I credit all that to just staying in the gym. You know, throughout the whole stretch I’ve just been staying in the gym and just shooting as many as I can. Everyday, just putting a lot of shots up.”

That final trey from Ayala gave him a season-high 16 points, pushing him into double-figures scoring for the second straight game. Between Dec. 19 and Feb. 4, Ayala didn’t surpass nine points, and he averaged just 4.73 over that 11-game span.

And after last week’s win against Rutgers — in which Ayala was held scoreless for the first time since Feb. 23, 2019 — Ayala stayed late. He spent about 30 minutes hoisting shots, hoping to find the missing key.

Coach Mark Turgeon said before the squad flew to face Illinois that Ayala thought he figured out what was wrong, and his 12 points against the Illini — which included two made triples — helped the Terps to a 75-66 victory. On his second, he couldn’t help but smile as he trotted down the floor to play defense, having watched his straight-away 3-pointer rattle around the rim before deciding to drop home.

“I always kind of knew it was a matter of time before it started falling,” Ayala said. “Staying in the gym, though. That’s all I can do. I can’t really credit anything, but just constantly staying in the gym, getting shots up.”

His impressive performance Tuesday helped pull out what seemed to be a routine matchup earlier in the contest. Maryland held a 13-point advantage at intermission, but that was whittled down to two points until Ayala buried his third trey, pursing his lips as he did and allowing a fist pump to sneak through.

And while his final effort pushed the game back to double digits, the Cornhuskers would make another run. A last-second swat from forward Jalen Smith preserved the victory.

But to see Ayala’s shot begin to fall more regularly — finishing 6-for-12 overall and 4-for-8 from deep — can open up an offense, especially when teams have chosen to guard Ayala loosely on the perimeter in recent contests.

“I tell him all the time, they’re gonna look at me and you’re gonna be wide open and he was ready. He shot the ball with confidence,” guard Anthony Cowan said. “It was huge for us, especially on the offensive end. We really didn’t see too many shots go in, so it was good for us.”

What stood out to Turgeon was how Ayala didn’t hesitate to take those shots, when once during his shooting slump his hesitation had been apparent. It’s that confidence that’ll be key for Maryland down the stretch, and it was key in a tight game with an upset-minded Nebraska squad down the stretch.

His final 3-pointer wasn’t the dagger it initially appeared to be. There was still 4:47 to play and a lot had to go the Terps’ way to finish on the winning side of things. But as Ayala pounded the floor, he seemed to beat out any lingering doubts about his shooting stroke — the ones that swirled as he stood near that same spot, shooting late-night threes after last week’s game.

“That was just credit to all the work I’ve put in,” Ayala said. “I appreciated that one.” 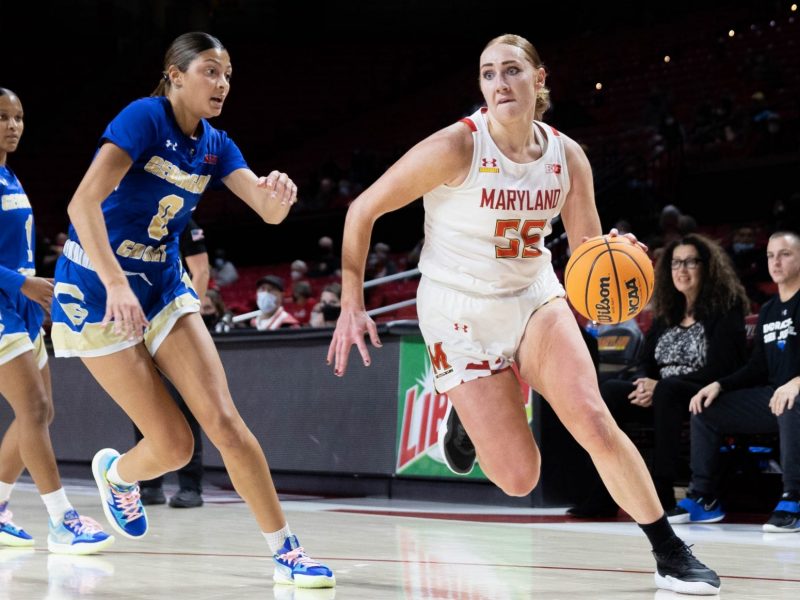 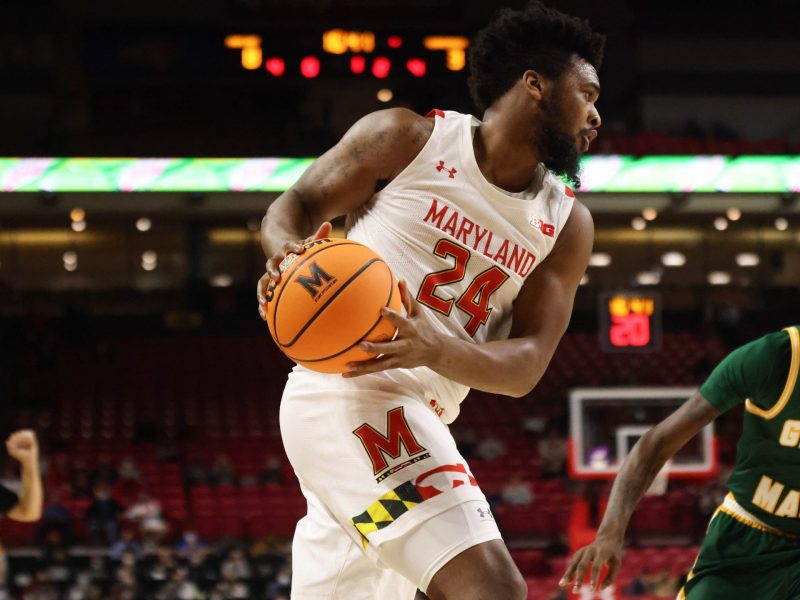