‘Parasite’ reigns at the Oscars, and we are not worthy 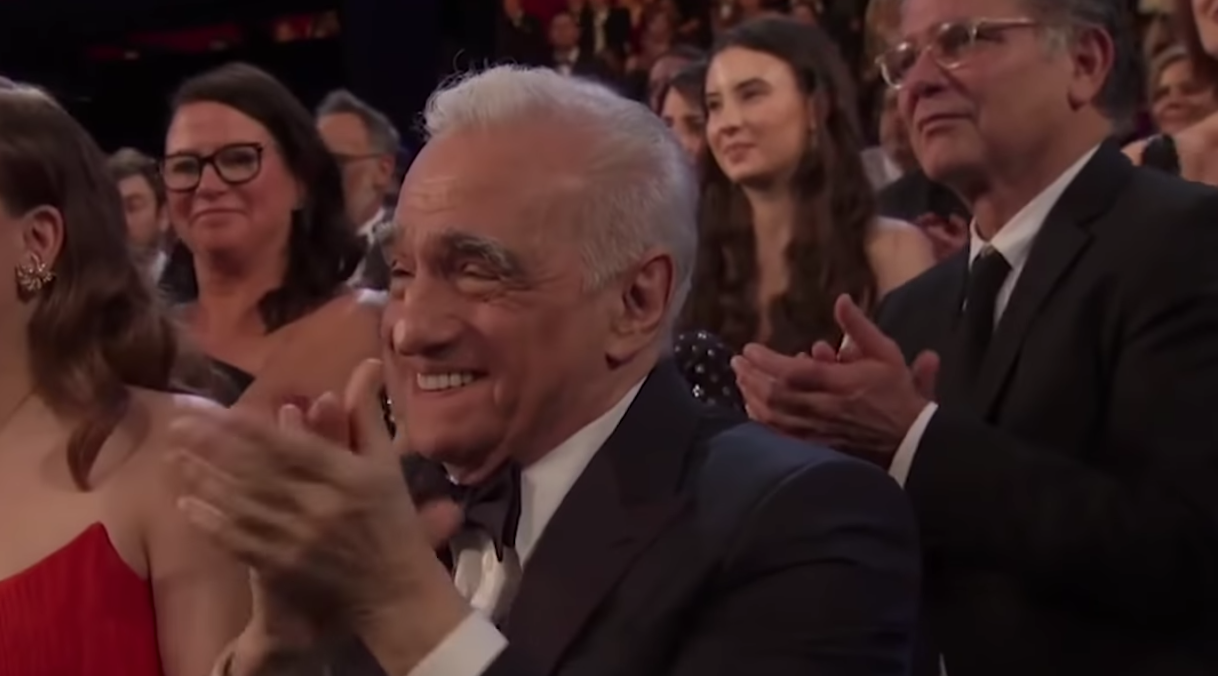 Martin Scorsese was quoted on stage by Bong Joon-Ho and we stan. (Photo via YouTube)

I would like to preface this article by letting everyone know that all my predictions about the acting races were right. Yes, my predictions for the other big wins of the night were wrong, but I’m OK with that because of Bong Joon-Ho. For the first time in the Academy of Motion Picture Arts and Sciences’ 92 years, a foreign language film — Parasite — won Best Picture, and also swept the best director, original screenplay and international film categories.

After a red carpet full of pink gowns and blue velvet — and, as per usual, a whole two men who actually tried — forever reliable Janelle Monáe kicked off the host-less evening. She did it with an energy that literally no one in the audience matched — were no celebrities theater kids? Devastating if true. Monáe inexplicably sang with background dancers dressed as characters from movies snubbed. Midsommar, Dolemite is My Name and Us representation? Yes. Done in a weird way that reminded us of how many great films weren’t nominated? Yes.

It wouldn’t be an award show without a half-funny, half-boring slew of jokes, and Steve Martin and Chris Rock came to provide. A Shadow Inc.–Moonlight joke stood out over tired lines about a lack of black nominees. Perhaps the academy refuses to nominate black artists because it finds those overdone, awkward jokes hilarious? I also appreciated Jeff Bezos’ presence at a show that honored Parasite and American Factory, because late-stage capitalism is nothing if not ironic.

Regina “Queen” King graced the stage to announce Best Supporting Actor, which included an especially long clip reel, followed by a redundant re-announcement of the nominees after we just saw them act for three minutes.

To no one’s surprise, Brad Pitt won and continued his awards season comedy tour with a John Bolton quip before getting serious about Quentin Tarantino, his bromance with Leonardo DiCaprio and an eyebrow-raising shoutout to his estranged children, who apparently “color everything” he does. Maddox could not be reached for comment.

Parasite began its dominance by winning Best Original Screenplay, announced by a frazzled Diane Keaton in a kickass suit and hat alongside Keanu Reeves, who brought some patchy beard representation.

Natalie Portman soon arrived to present with sexy mechanic Timothée Chalamet, coincidentally the only thing that could have convinced me to see Ford v Ferrari. Greta Gerwig did NOT win her Oscar, but if anyone was going to win instead, I am thrilled we got some representation with the brilliant Taika “Korg” Waititi.

[Read more: Where does Billie Eilish go from here?]

Maya Rudolph and Kristen Wiig made the whole goddamn show by simply Acting and Singing (harmony!), which confused Billie Eilish. Once Upon a Time … in Hollywood won Best Production Design, which I hope means a win for Rick Dalton’s flame thrower. Little Women got Costume Design because feminism, and because, on a lesser note, the costumes were excellent.

My mom Laura Dern won Best Supporting Actress because it is Her Right, even though Florence Pugh was scene-stealing in Little Women, and Laura was (arguably) better in that, too. It’s fine. Anything Laura wants, she may have, and this gives Greta Gerwig’s worse half something to brag about.

A beautiful clip of memorable original songs led to… a performance by Eminem? All there is to say is what my roommate’s boyfriend proclaimed: “Man, Oscars so white.” I’m kidding; of course there’s more to say. Martin Scorsese fell asleep and poor Leo, whose girlfriend is roughly the same age as “Lose Yourself,” was one of the many Confused Olds in the crowd. But hey, Anthony Ramos and Kelly Marie Tran had fun!

But because it’s Hollywood, and nothing can stay good for long, everyone’s least favorite celebrities — James Corden and Rebel Wilson — had to show up in their Cats costumes, reminding everyone of that fever dream I thought we weren’t discussing anymore.

In another “duh” moment, Parasite won Best International Feature Film, and Bong Joon-Ho — via his translator, Sharon Choi — expressed his thanks for winning the award in the category’s first year post-name change from Best Foreign Language Film, and highlighted the symbolism that change represented. Then he talked about getting drunk. Mood.

Gal Gadot, Brie Larson and Sigourney Weaver came out for a little white feminism moment to talk about all women being superheroes and like … sure … but also, could they not get Cynthia Erivo? She was sitting in the first row. She played Harriet fucking Tubman. OK.

Hildur Guðnadóttir won Original Score for Joker and Elton John won Best Original Song for “(I’m Gonna) Love Me Again” — which I would have liked to hear the snubbed Taron Egerton perform! Then my favorite human, once again Bong Joon-Ho, won for Best Director and proceeded to fanboy about that and Martin Scorsese. Then he continued to talk about getting drunk. Mood!

A gorgeously gray Olivia Colman gave Best Actor to Joaquin Phoenix, and Rami Malek presented Best Actress to Renee Zellweger. Both winners went on to talk for literally five hours each. What began as a moving, fiery speech from Phoenix became rambling and aggressive until he finished with a mention of his late brother River. Zellweger’s was … endless.

Parasite changed the game by reigning over the evening with four wins, besting 1917’s three and Joker, Once Upon a Time … in Hollywood and Ford v Ferrari with two. God bless Parasite for winning over all these white-man movies! But most importantly, and I cannot stress this enough, God bless Bong Joon-Ho for being himself and making his Oscars kiss. I hope he got really drunk. It’s what he deserves.