“One of the pioneers”: UMD grad who won a Grammy for remixing reflects on her career 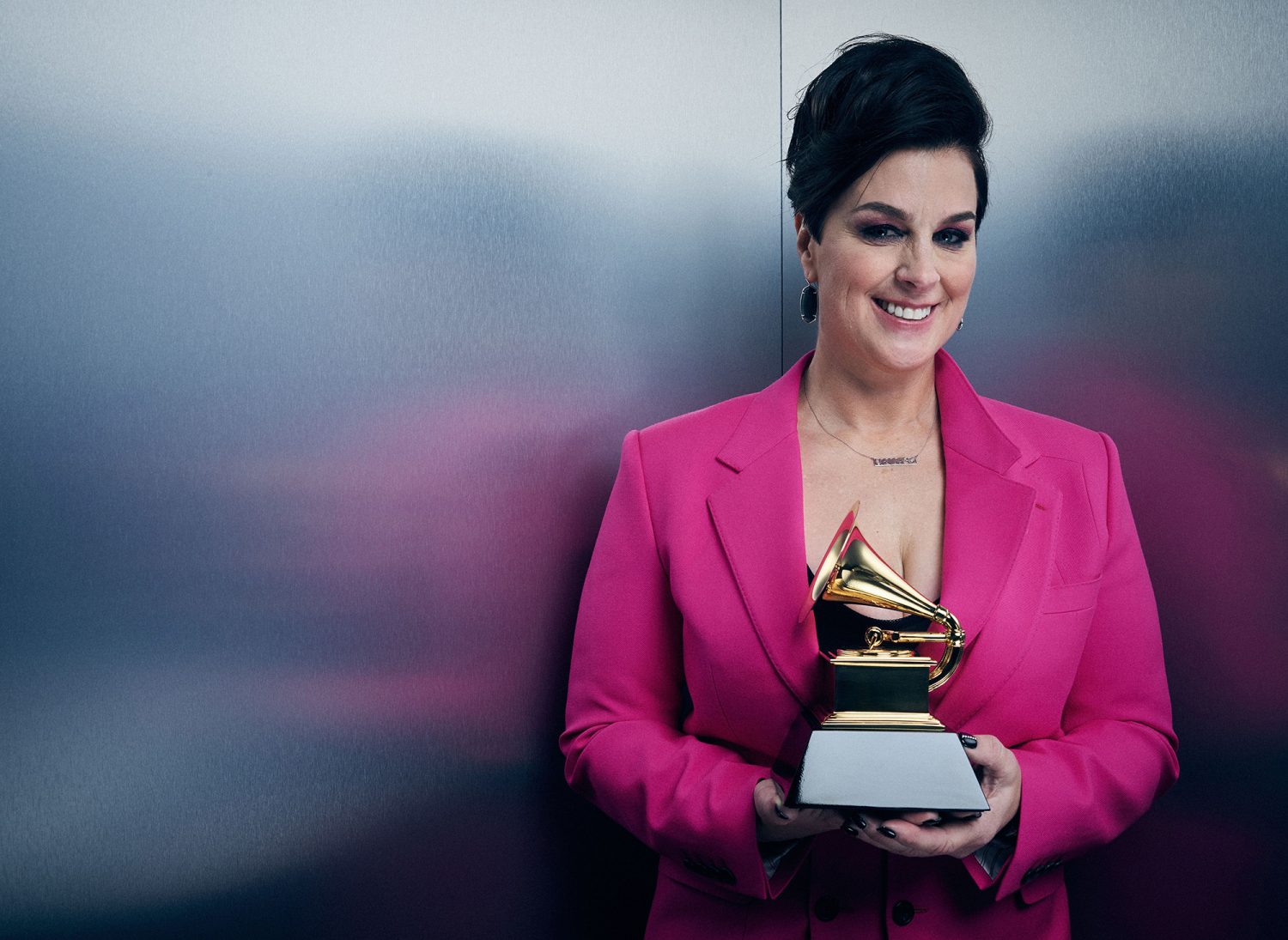 Tracy Young of "I Rise" poses for a portrait during the 62nd Annual Grammy Awards on January 26, 2020 in Los Angeles, California. (Photo by Robby Klein/Getty Images for The Recording Academy)

The first time one of Tracy Young’s mixes went on air at WPGC-FM in the early ’90s, the station’s music director didn’t do much to put her buzzing nerves at ease.

Albie Dee strode into the mix room and pulled open the blinds, revealing the headlights dancing across the Beltway as cars whizzed past. Then, he turned to the young DJ and pointed at the view.

“‘You see all those cars out there?’” Dee recalls telling Young, who, at the time, was a student at the University of Maryland. “‘There’s about three and a half million people that live in this town. You better not screw up.’”

Her hands were trembling as she put the needle on the record. She had tried so hard to hide her nervousness, and yet, Dee seemed to see right through her. But when the words “On Air” glowed red and her demo started to play, it all faded away.

“It was classic, classic” Dee said. “I do that as an initiation… I do that just to mess with people”

Dee said Young killed it that night — and it was only up from there.

Her sound was different from what everyone was doing, Dee said. He couldn’t quite say what it was, but he envisioned her in a club, a house, a show. He couldn’t have predicted seeing his former assistant up on the stage, holding a golden gramophone trophy with tears in her eyes.

As Dee watched Young walk up to the Grammy stage on Jan. 26 — a walk she said felt two miles long — he beamed like a father.

At that moment, she became part of history as the first woman to be nominated for — and to win — a Grammy award for best remixing.

In November, when she heard she had been nominated, she felt happiness, incredulity, anger. To be the first woman comes with both pride and resentment. But she wasn’t surprised.

“If you tell me no, I’m going to prove you wrong,” Young said. “It makes me angry, it makes me more motivated.”

The music business has peaks and valleys — often times, the valleys last longer, Dee said. For women, the hike is harder.

The roles for women in the music industry historically put them on display as performers — to be seen and to be heard. It was assumed that women had no interest in or talent for production, said Laura Schnitker, a lecturer in this university’s music school.

“Technology … is traditionally a masculine sphere, and anytime women have tried to penetrate [male-dominated] spheres, they’re met with a lot of fear and hostility,” Schnitker said.

In the station where Young started her career in radio, she was the only woman in a staff of 10, Dee said. No station in the Washington, D.C. area had a female mixer at the time, he added, which was one reason why Dee hired Young — he wanted the radio station to stand out.

They worked together for about five years. Young would sit with him in the mix room, and they would listen to music that recording labels had sent. Dee would listen to the lyrics, the beat, and would be able to tell whether the song would be a hit.

Sometimes, he would change it — he would think the rhythm wouldn’t fit or that the beginning would work better as the ending. Young watched him until she started to do her own mixing.

And then, over 20 years ago, serendipity happened. Young met Madonna.

After some time spent working at the WPGC radio station, Young relocated to southern Florida, following a job at a record label. It had been a little less than a year when she learned her position had been eliminated, Dee said. She called him, seeking advice on what to do.

Young started working at Liquid, an upscale nightclub in eastern Miami. In its glory, Liquid attracted an elite group of club-goers that included Madonna. At the time, the artist was bringing new waves in mainstream radio — pulling in love and dark sexuality from Erotica, her fifth album, to an otherwise conservative era.

Ingrid Casares, the owner of the nightclub, wanted Madonna to hear Young’s work. Casares believed in her, Young said. So Casares invited Madonna to go to the club one night that Young was DJing, Dee said.

A few years later, Young called Dee again. By then she had already worked on two hits with Madonna — Music and Don’t Tell Me — and acted as the DJ for the artist’s movie premieres and album release parties.

Then she told him the news. She was going to DJ Madonna’s wedding in the Scottish Highlands, she said.

“Hold on, because the ride is about to freakin’ explode,” Dee told her.

And he was right.

“She just took the hell off,” Dee remembered.

In the following years, Young worked with artists across the musical spectrum — pop, Latin pop, new wave, R&B, disco. All because Madonna believed in her, Young said.

“When you work with an artist of that magnitude and that artistry… people pay attention,” Young said.

In the 14 times she has remixed for the “Queen of Pop,” Young had freedom to reimagine the work, changing it to complement the artist while also making it new and different than it was before. But she still showed it to Madonna and wanted her feedback — she knew Madonna might hear or see something that she didn’t.

After listening to a demo, Madonna always provided Young with feedback. Young loved working with her — she was a perfectionist and made her better.

“If people are always accepting your work the way it is, you don’t grow,” she said.

Now, she wants to grow as an artist by composing and producing originals. Steve Aoki and The Chainsmokers, two big names in the electronic dance music world, started their careers by remixing for other artists. After they started doing original music, they reached stardom — and Dee sees the same thing happening to Young.

“She’s got a great ear, she just knows how to put music together and how to put a piece together,” Dee said.

Young’s achievement doesn’t signal that next year’s Grammys will have more female nominees. But change does come slowly, Schnitker said.

“I think maybe in 10 years we can look back and see … she was one of the pioneers,” Schnitker said.

As she heard the Grammy nominees being read out, Young hid her face with her hands. It was like being on a rollercoaster — she didn’t want to look.

But at the stage, Young took in the view: the men and women applauding her, the lights dancing on the audience. She had said she wouldn’t cry, but now, in tears, she dedicated her award to all the female producers who had been overlooked.

Dee said that the award was just the beginning for his former protege.

“Watch what happens from this point out. It’s just gonna be insane,” Dee said.