Maryland men’s basketball remains at No. 9 in latest AP poll 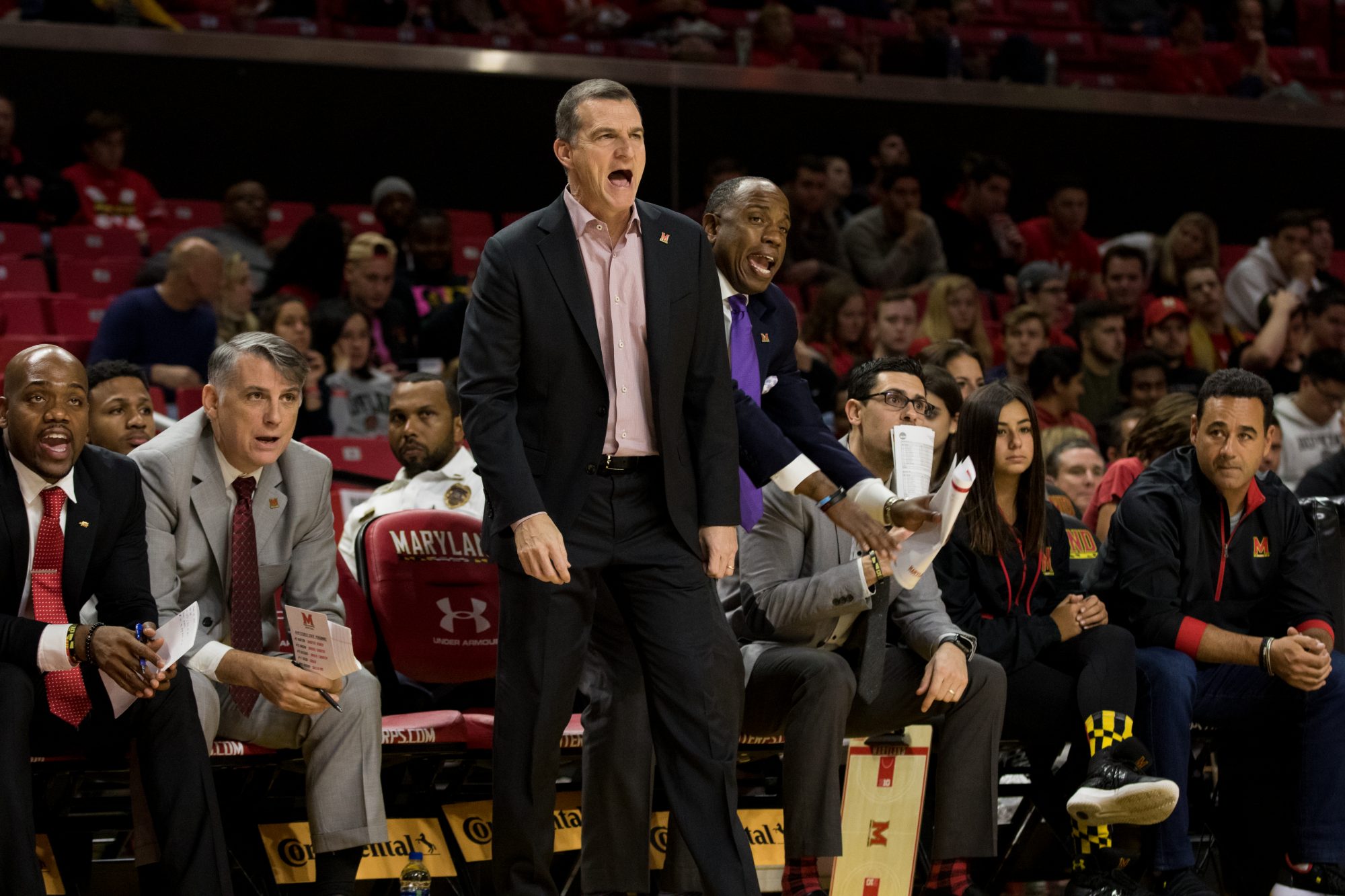 Before the season began, the first week of February may not have looked all that imposing. Sure, there was that road matchup with Illinois on Feb. 7, but facing Rutgers at Xfinity Center wouldn’t have inspired much fretting.

When both games came around, though, it was a much different story for Maryland men’s basketball. But the Terps still passed both tests, moving into sole possession of first place in the Big Ten.

But with no losses ahead of coach Mark Turgeon’s team in last week’s rankings, the Terps stayed at No. 9 in the latest AP top-25 poll released Monday, and the top nine spots in the poll remained the same.

Maryland’s 56-51 victory Feb. 4 was close, mainly as a result of 24 percent shooting in the first half. The win set up Friday’s clash for the top of the conference, meeting then-No. 20 Illinois at State Farm Center.

Around the conference, three other teams are ranked. Maryland will continue Big Ten play on Tuesday against Nebraska before another tough road showdown on Saturday against Michigan State. After being the preseason No. 1 team, the Spartans just fell outside the rankings and into the group of teams receiving votes.