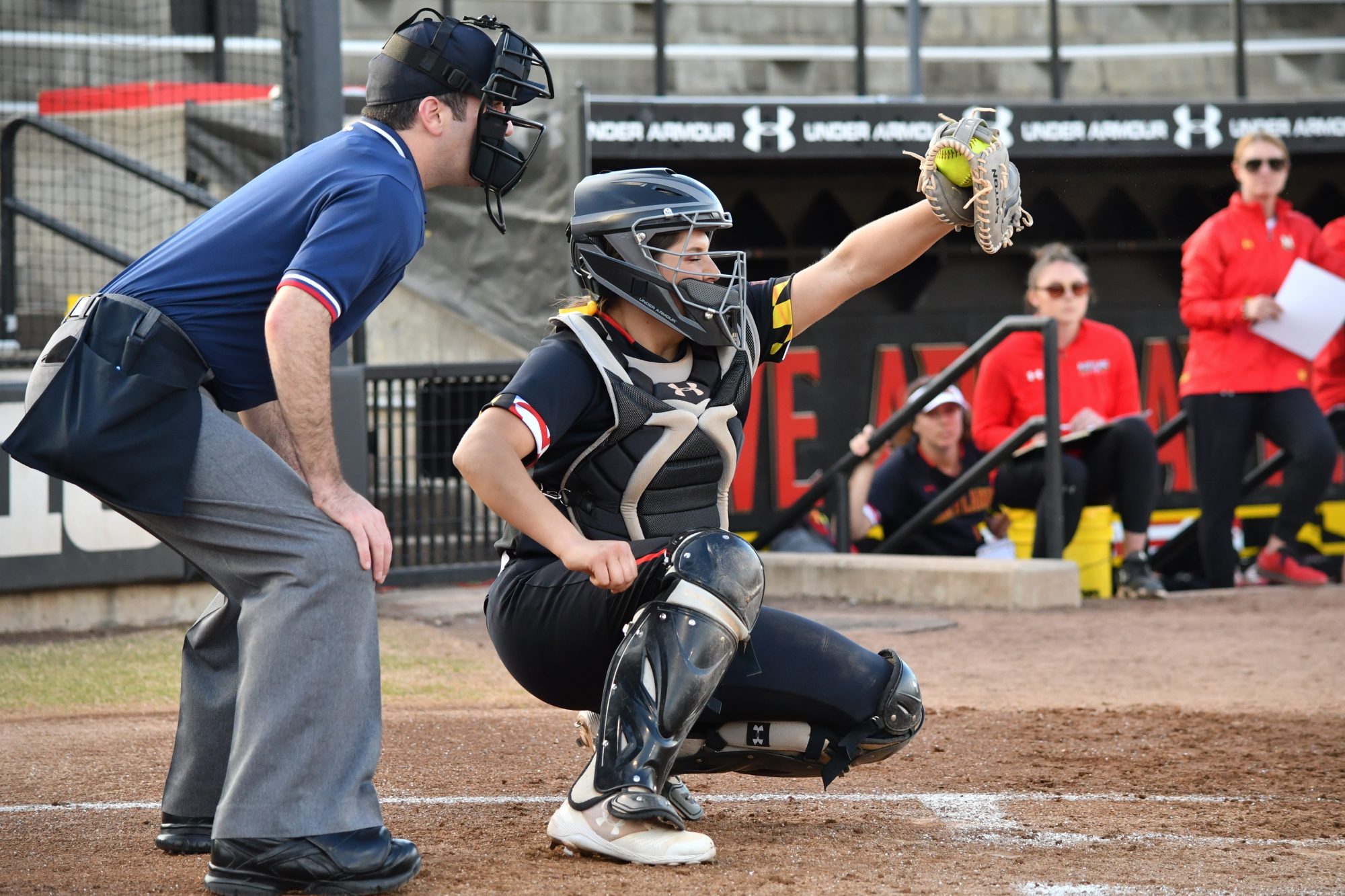 After falling in its first four games in the Texas Classic, Maryland softball earned its first win of the season against Texas A&M-Corpus Christi on Saturday night.

The Terps lost a hard-fought game against Lamar on Saturday afternoon, 7-6. The Cardinals built up their lead early in the contest before Maryland came back to take a lead in the top of the sixth. But on the cusp of securing its first win, coach Mark Montgomery’s squad gave it away again in the bottom half of the frame.

After 33 pitches, pitcher Trinity Schlotterbeck got out of the inning through a pop-up. But she and her squad trailed 2-0.

Maryland went three up, three down in the second and third innings while Lamar increased its lead in the third. Kinkade singled and Mackenzie Brown walked, followed by Lewis’ groundout, allowing the two to advance. Meyer knocked a sacrifice fly to right field, and Kinkade scored on Amanda Brashear’s throwing error.

Hannah Carpenter struck the biggest blow of the frame, launching a two-run home run to left field, scoring Brown in the process and extending Lamar’s edge to 5-0.

Infielder Regan Kerr flied out to center field and infielder Taylor Wilson followed with a single, driving home Liguori and advancing Stefan to third. Catcher Gracie Voulgaris doubled to center field and outfielder JoJo McRae — who pinch ran for Wilson — touched home plate along with Stefan to draw Maryland within one.

In the fifth, the Terps tied the score. Kufta doubled to right-center and Liguori singled up the middle to send her home.

Maryland increased its lead in the sixth inning after a single from Kerr and an RBI from Voulgaris. The Terps took their first lead of the game, 6-5.

After two scoreless innings for the Cardinals, they reclaimed their lead in the sixth. Meyer singled through the left side and Mackenzie Futrell homered to send them both home, making the score 7-6 in Lamar’s favor.

The Terps couldn’t score in the seventh and their first game of the day ended as a close loss — their fourth straight to open the season.

Amelia Jarecke took over on the mound for the Terps’ second game of the day against Texas A&M-Corpus Christi.

In the first inning, the Terps got two women on base but couldn’t get anyone across the plate. The Islanders struck first with a run when infielder Haley Morse batted outfielder Alexandria Torres in to make the score 1-0 for Corpus Christi.

In the seventh, Jenika Lombrana took over for Sydney Hoyt at pitcher for Texas A&M-Corpus Christi. Kline singled up the middle and Kerr singled to the pitcher. Brashear reached first on a fielder’s choice and Kline scored, increasing Maryland’s lead to 3-1.

The Islanders couldn’t score in the seventh, securing Maryland’s first win of the season and putting their record at 1-4.