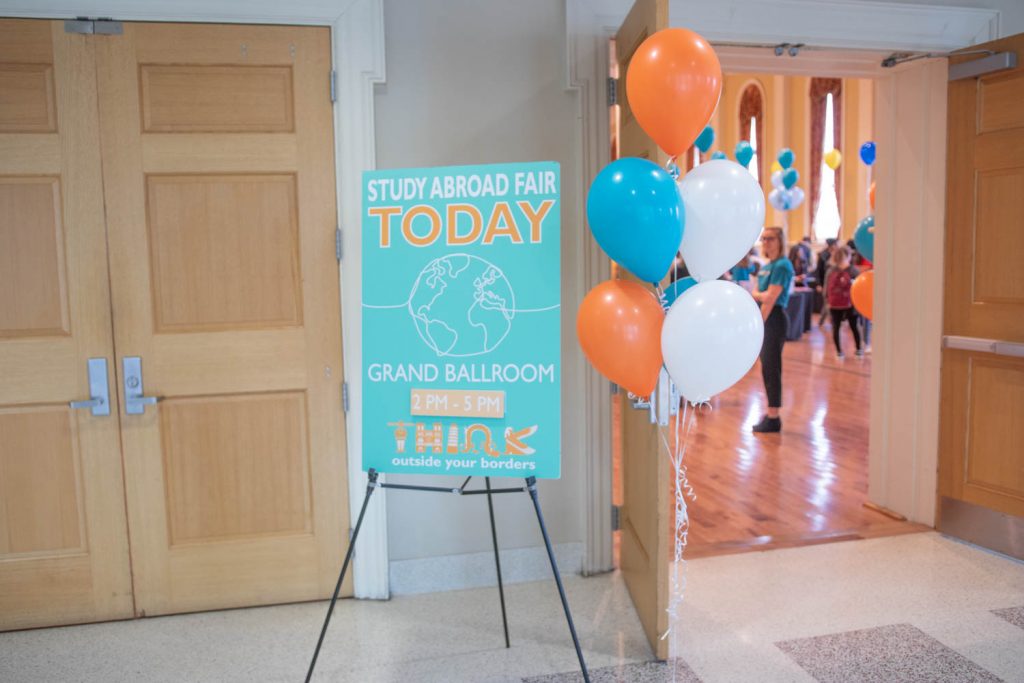 When University of Maryland professors William Reed and Jóhanna Birnir led their students on a study abroad trip to Scandinavia in 2009, they felt there was something lacking.

“It was very difficult to deliver the class content on location in as effective a manner as if you were in the classroom,” Birnir said.

They also wondered about how accessible the trip was. It was offered during the summer, when many of their students worked. And then there was the question of cost.

“We wanted to make that experience available to more students in the GVPT major,” Reed said.

The class of 20 students met Fridays during last fall semester to learn about strategies leaders use in creating foreign policy. Once the semester ended, students further explored this topic on a 10-day trip to Havana, Cuba, where they dove into the Cold War events that helped shape United States foreign policy, such as the Bay of Pigs invasion and the Cuban missile crisis.

Gaining background on this topic before the trip helped students orient themselves once in Cuba, Reed said. But exploring the country firsthand also challenged their pre-existing notions of U.S.- Cuba relations.

“Many of them buy into the Western perspective because that’s what they’ve been exposed to for most of their life, through their education,” Reed said. “And then they are confronted with something completely different in the country, not only from an academic perspective, but also being on the ground, walking around, meeting people from Cuba.”

Lectures from Cuban professors on history and religion, visits to the U.S. Embassy and the country’s revolutionary square helped to provide this difference in perspective, Reed said. At night, following academic programming, students also learned from the local families they stayed with in “casa particulares.”

Antoine Banks, a professor in the government and politics department, is teaching a similar combined lecture and study abroad course this spring focused on race relations in the United States and France.

He hopes that bringing students to a new environment — in this case, Paris — will force them to expand their thinking outside of the U.S. narrative, and understand how the experiences of racial minorities differ in France.

“I think they see the racial dynamic play out in the U.S.,” Banks said. “But it’s definitely different when you read about it in a book, and actually go there and see, and be able to ask questions and talk to experts who deal with this stuff on a day-to-day basis.”

Last semester, Abigail Landesman worried about fitting in all the international relations credits she would need to complete her concentration. So when she saw an email announcing the Cuba course, the sophomore government and politics and theatre major was intrigued.

President Donald Trump’s recent travel restrictions on the country, which limited U.S. flights to any airport outside Havana, further motivated Landesman to sign up. Plus, a ticket to Cuba would be relatively cheap.

“This opportunity to go just seemed like something I didn’t want to pass up,” she said.

For Landesman, being immersed in Cuban culture for 10 days helped contextualize all those lessons she learned in her textbook.

“One time in Cuba, we toured a bunker that was created during the missile crisis,” Landesman said. “And we had watched a movie about it, and read these books, but being in that place, kind of put it all into perspective.”

Like Landesman, Salima Omwenga worried about reconciling her study abroad aspirations with a full course load. The option of travelling to Cuba — a country that always interested her —  over winter break instead of the semester, allowed Omwenga to get the credits she needed, she said.

“I grew up listening about Cuba-U.S. relations, but I never really went into depth and really understood what our history to Cuba is, so the topic really intrigued me,” the junior government and politics major said.

But interacting with her host family, she said, allowed her to analyze the topic on a more personal level.

“That was the most raw take on Cuban life that we could possibly have,” Omwenga said. “To be able to speak with the host family, and get to learn about their day-to-day life— that, to me, was one of the most memorable things.”

With unexpected turnout from students for both classes, Birnir — who doubles as the director of government and politics’ global learning program — plans to make them a permanent fixture in the department.

Students will continue to go to Cuba in upcoming years, although the next course based around this trip will focus on Latin American politics, she said. Banks’ course will also run for another two years. In the future, the program will host one class each semester and expand to more subjects and locations.

“We’re super excited about this program, and we just look forward to seeing it develop,” Birnir said.