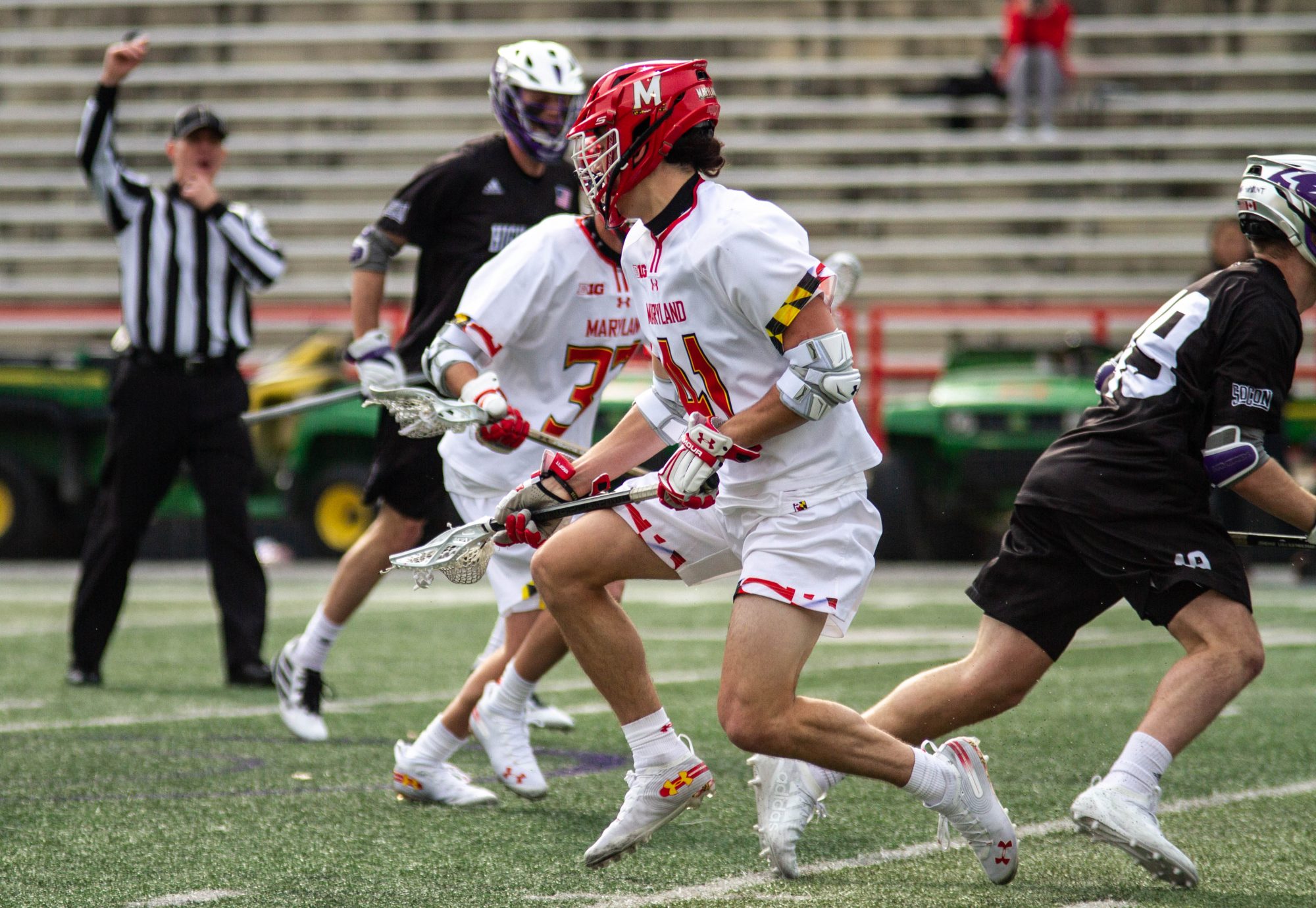 The Rochester, New York, native started his College Park career off on the right foot Saturday, scoring two goals and adding two groundballs in his debut, a 23-12 victory over High Point.

Brennan, a four-star recruit, impressed at Irondequoit High School, tallying 188 goals — the second-most in school history — and 290 points across his career there.

Attackman Logan Wisnauskas also earned recognition for his performance Saturday, being named to the USILA’s Team of the Week for the second time in his career.

The junior scored a career-high six goals while adding an assist for the No. 4 Terps, who rank second in the country in goals behind only NJIT.

Wisnauskas led the Terps in points (79) and finished second in goalscoring (44) in 2019. USILA and Inside Lacrosse named the Sykesville native an honorable mention on their All-American teams, and Wisnauskas featured on the All-Big Ten second team last campaign.

Brennan, Wisnauskas and the rest of the Terps travel to Robins Stadium to face off against Richmond on Saturday.