Emma Silberman steps up in Maryland gymnastics’ 195.475 showing against Illinois 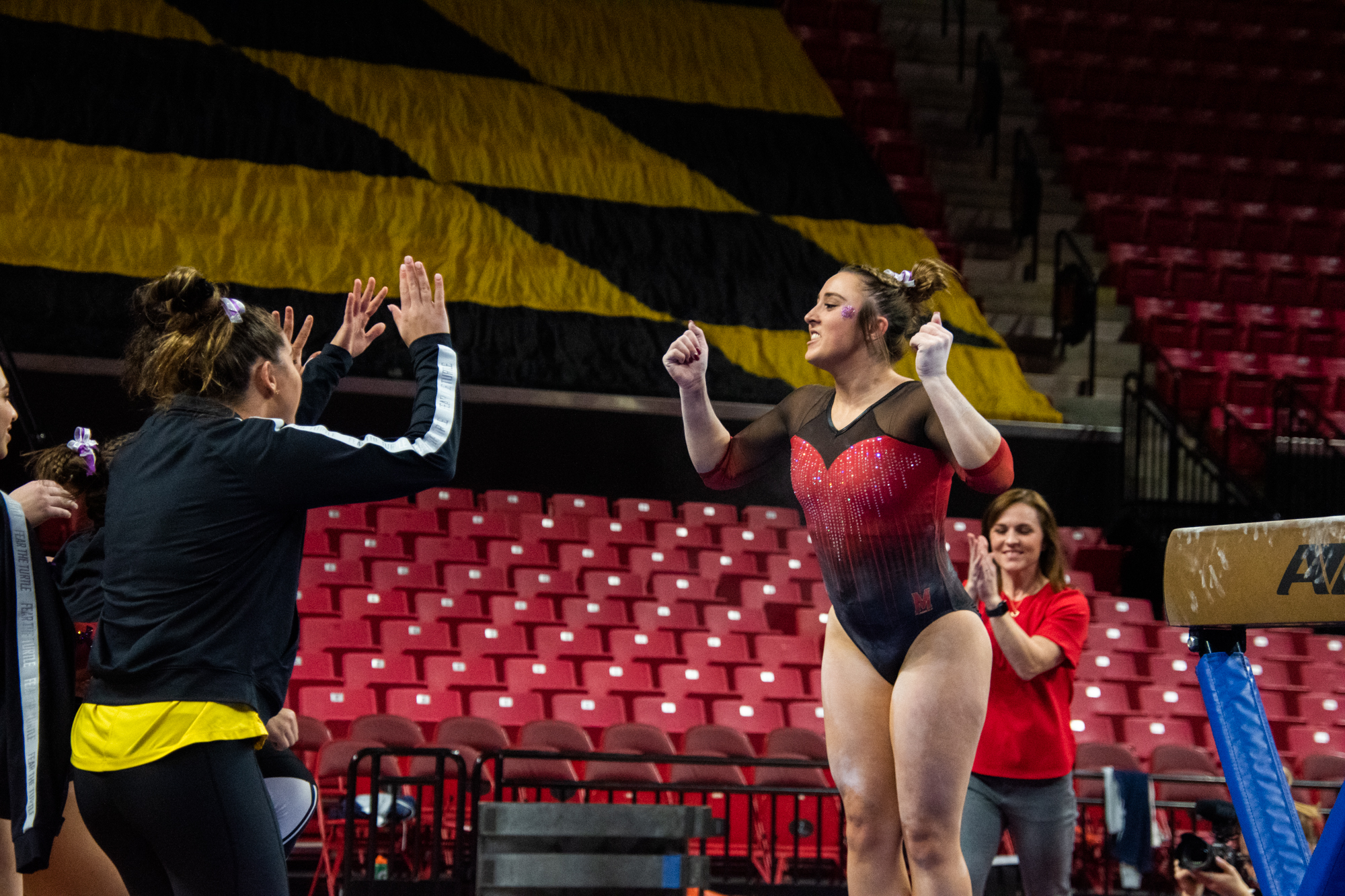 In her collegiate debut on the balance beam, freshman Emma Silberman followed a round-off with a one-and-a-half twist, which she followed with a hug from assistant coach Erinn Dooley. The quality routine resulted in a 9.800 for the 5-foot-3 freshman and helped Maryland gymnastics to a 48.600 on beam.

Silberman competed all-around on Sunday in place of junior Audrey Barber, who was held out of Sunday’s meet due to an academic issue. Along with senior Tiara Wright, Silberman helped the Terps tread water without their star.

“I told them today was just another opportunity for us to be resilient,” coach Brett Nelligan said. “We had lineup changes, but we can adapt and we can handle anything that comes our way. That’s what being resilient means.”

Nelligan’s squad began the afternoon with vault, its highest-scoring event from last weekend. Freshman Aleka Tsiknias landed in the anchor spot in her first time competing on beam, and she delivered with a 9.775 in the event.

After the Terps moved across the Xfinity Center floor for the second rotation, they once again executed on bars — they came into the meet ranked ninth in the country in the event. Senior Tiara Wright led Maryland on bars. Wright posted a 9.850, nearly matching her season-high of 9.875.

“The bar group is confident because they put in the work in the gym,” Nelligan said. “That’s a place where we feel like we can put up a big score week-in and week-out.”

Wright came through once again for Maryland on beam, where she replicated her score of 9.850 in the anchor position. The 5-foot-5 senior’s score tied the individual season-high for the Terps.

“This is what we wait for every single week,” Wright said. “Going out there and doing what we know how to do was essential.”

The 9.850 at the end of the event helped mask wobbles from seniors Kirsten Peterman and Alecia Farina earlier in the rotation, allowing Maryland to hold on to its lead heading into the final rotation.

The Terps were guaranteed nothing when they began the floor exercise event, but big performances from junior Sabriyya Rouse and freshman Reese McClure secured a 48.900 score.

“We were in this exact same situation two weekends ago against Iowa, and we finished it off,” Nelligan said. “I told the team that no one finishes a meet like we do. It doesn’t mean you’re always going to come out on top, but it means you’ll always have a chance”

In the absence of the gymnast who holds individual high scores in every event for Maryland this season, the team was able to notch its second-straight victory in Big Ten dual meets.