Audrey Barber out for Maryland gymnastics vs. Illinois due to academic issue 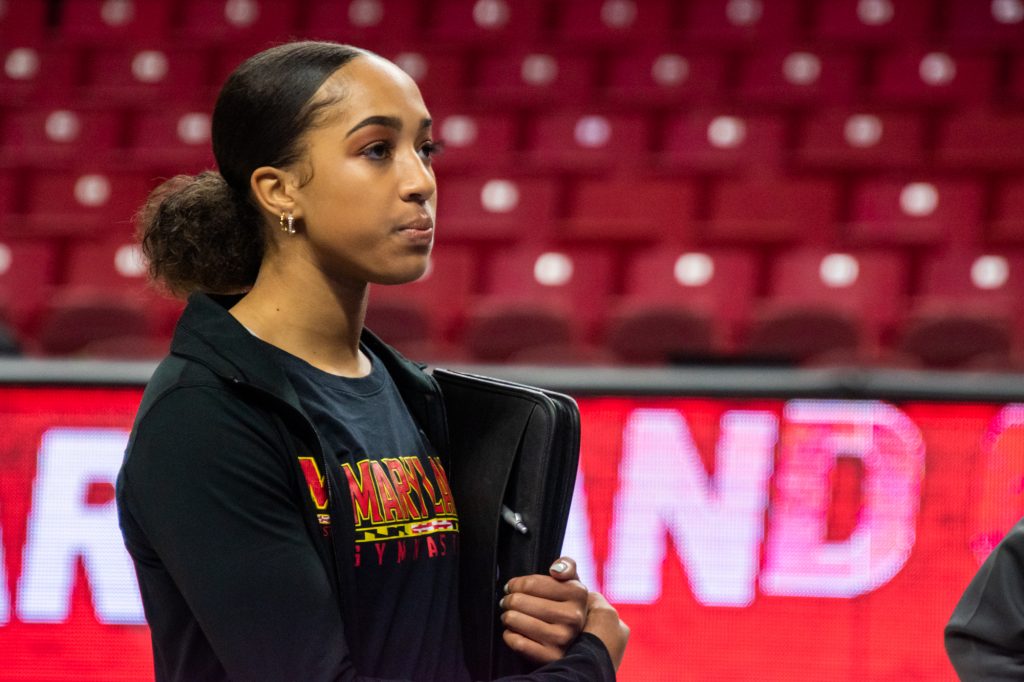 Maryland gymnastics has competed without junior Audrey Barber since Feb. 2 due to an academic issue, a team spokesperson said at the time.

Barber had been the Terps’ only all-around competitor during the 2020 campaign, and she held every one of the team’s individual high scores through the first five competitions.

The team was notified ahead of the Feb. 2 meet that Barber would not be allowed to compete in Maryland’s top-25 matchup with No. 22 Illinois.

As of Feb. 20, the program has been unable to provide an update on Barber’s situation.

“There is no update,” wrote Maryland athletics spokesperson Jason Yellin in a message Feb. 20.

During that meet, freshman Emma Silberman competed in every event in place of Barber. Silberman had competed in vault, bars and floor already this season, but she made her debut on beam.

The Terps are also without junior Collea Burgess, who will miss the season due to a violation of team rules, as well as senior Kirsten Peterman, who broke her hand.

There is no timetable for Barber’s return.