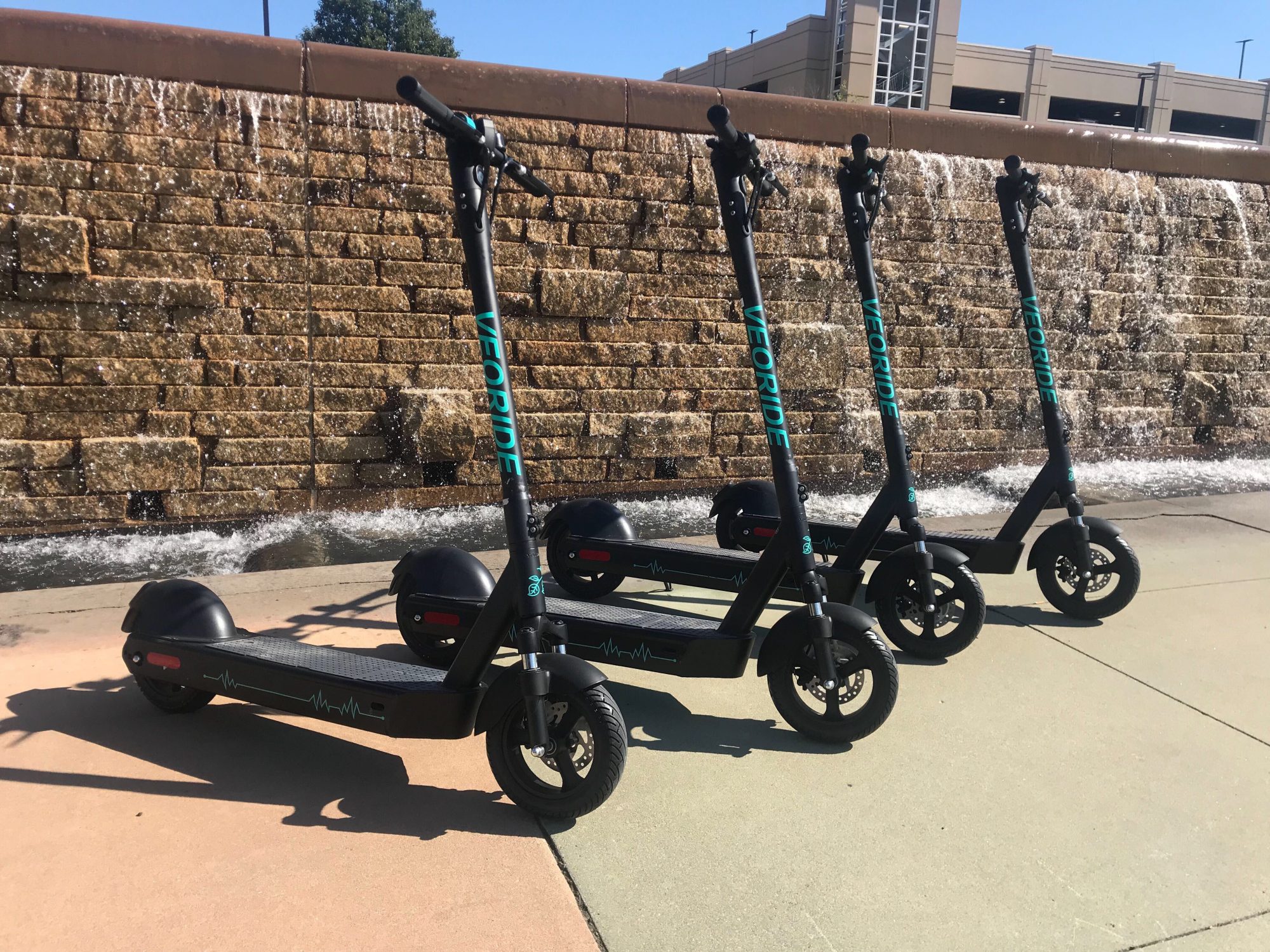 Electric scooters on the University of Maryland campus must be parked in specific areas starting Feb. 3, as part of a series of new safety rules DOTS plans to enforce.

To accommodate the new rules, Department of Transportation Services created 27 e-scooter parking sites across the campus, which riders can find through an app called VeoRide. Under other new regulations, riders also can’t text, ride while impaired or ride with another passenger. University of Maryland Police can issue a citation to riders found violating the regulations.

DOTS officials say the rules were added to keep scooter riders and those around them safe. However, some feel they’re unnecessary. Senior information science major Max Lobel said he feels the new parking regulations are trying to fix something that isn’t broken.

“I think it’s a little silly that now you have to go out of your way to park the scooters,” Lobel said. “They have convenient bike spots and it’s not like I’m throwing it right in front of the building.”

But David Tomblin, director of College Park Scholars’ Science, Technology and Society program, said he was pleased by the new rules. Near the end of last semester, Tomblin started a petition for more e-scooter regulations on the campus, which received roughly 100 signatures.

“I felt like there wasn’t anything being done and I was just walking around campus and I was getting kinda angry about it,” Tomblin said. “There were scooters littered everywhere.”

The new rules come after this university gained about 70 e-scooters from their partnership with the e-scooter rental company VeoRide last semester, DOTS Executive Director David Allen said. Another e-scooter company, BIRD, also brought scooters to this campus for a test run of a 30-day rental program.

“The [BIRD] program was very successful but we had far, far more than 75 scooters,” Allen said. “So it was determined that we should have some policies and regulations for these scooters.”

If not parked in the designated areas, the scooters will be tagged and relocated to their proper parking spots, just like a normal vehicle, Allen said.

Under Maryland transportation laws, scooters fall into the same categories as bicycles, meaning they must also be driven on the roads and follow all traffic laws, said police spokesperson Sgt. Rosanne Hoaas.

Multiple university departments, such as DOTS, University Police and the Office of General Counsel, came together to create the e-scooter regulations after reviewing other university practices and considering campus needs, according to a fact sheet DOTS sent out.