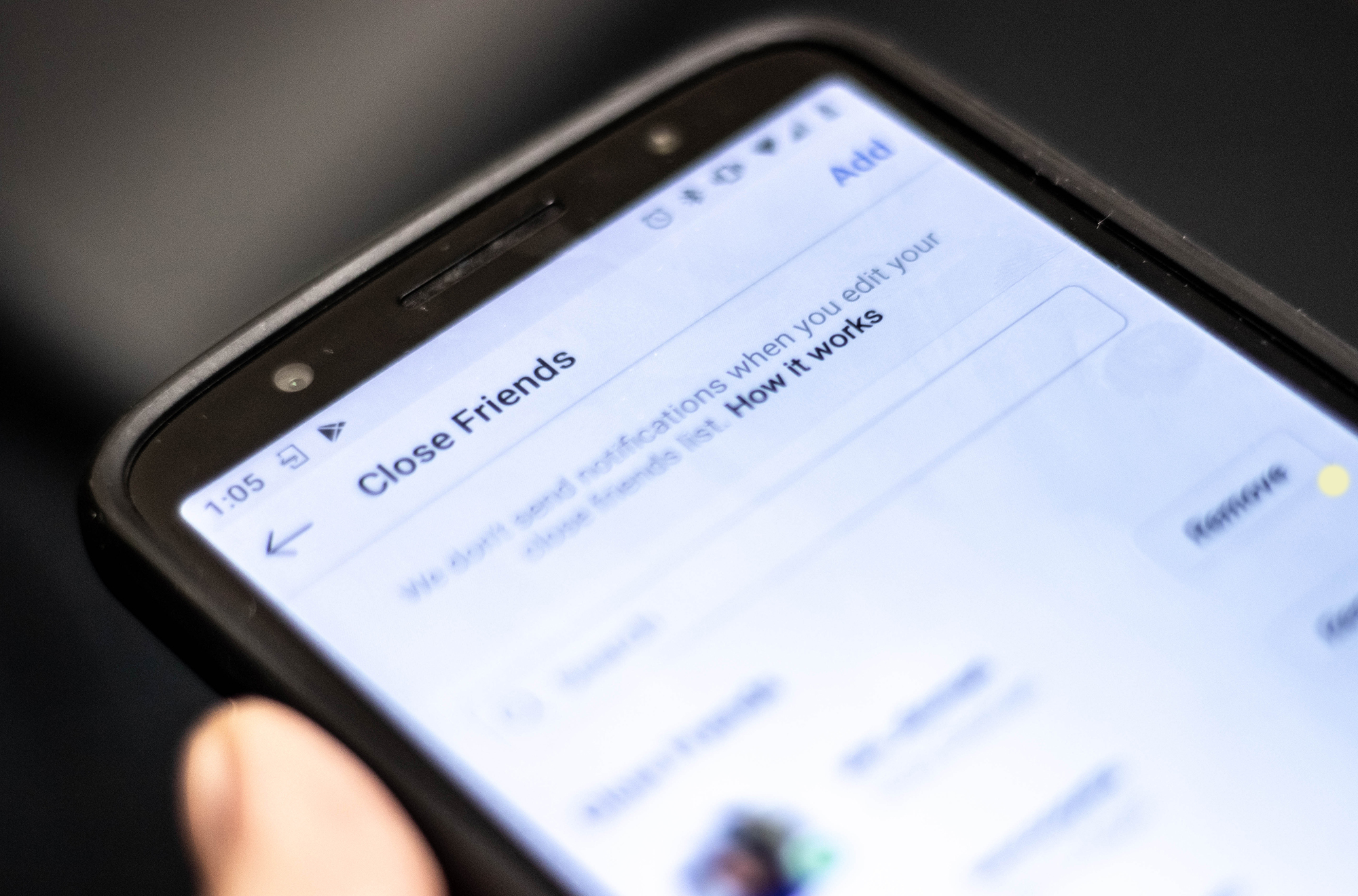 The “Close Friends” option on Instagram gives the user the option to post a viewable story available to only a select few. (Julia Nikhinson/The Diamondback)

Do you have that one friend who, for the life of them, can’t seem to keep in touch in a constant way? Text messages left unread and not replied to for days, with the only form of repair a panicked, “omg SO sorry!! I just saw this!!!!” a week later. It’s me. I’m the friend.

While I try to compensate in other ways, like giving unsolicited relationship advice, there’s a burning, nagging feeling that persists in my head as I try to balance the constant, overwhelming expectation of being in contact with my loved ones on endless loop. The idea of a sort of private, sort of public “send all” option on my life updates sounds like an amazing solution. It’s a clear way to show someone, “hey, I like and care about you enough to show you what’s going on in my life,” without requiring the herculean effort of sending someone a text and getting the small talk momentum going.

Enter the “Close Friends” option on Instagram. No, before that actually, we need to go to its undeniable predecessor, finsta. If you didn’t remember parents trying to figure out what these secret, evil Instagram accounts were a few years back, a finsta is simply a “fake instagram” that exists as the antithesis of one’s main account.

Finstas are almost always private caverns for shitposting, be it a constant stream of curated memes and ugly selfies or more intimate, usually random photos with long captions detailing the agonizing pain of someone’s mental health struggles (mostly a chaotic mix of both). It’s a publicly private, perfectly paradoxical daily journal that many young people use to keep their closest friends in the know of what they’re up to.

I was a serial finsta user from my junior year of high school to my sophomore year of college, posting hundreds of pictures detailing so many mundane or incredibly important moments on one account. After realizing finstas had replaced much healthier methods of recalling events like journaling and dedicating more effort to therapy — not to mention the awkward tension of keeping people I didn’t talk to any longer on the account — I removed all of my followers and ceased posting, keeping the artifact for my own historiological purposes.

But now that little dopamine-obsessed gremlin inside my brain who once compelled me to finsta far too hard has reared its head once more with this Instagram feature. They essentially found a way to perfect the concept of finsta on just one account, by giving the user the option to post a viewable story available to only a select few.

It’s sometimes an honor and sometimes a shock to see the green ring around someone’s profile and realize they’ve deemed you worthy of whatever it is they post. As a poster, it’s incredibly helpful for keeping tabs because you are given a live list of which friends viewed and which didn’t. It feels like a perfect method to manage this ideation of mass communication with just a touch of intimacy. There’s just one thing: there’s no easy way for the “chosen ones” to opt out.

So if you’re on someone’s list and you don’t want to be, you’re left with two options. You could mute every single story this person, who you may care about, posts — they’ll just notice you’re not showing up in the total amount of viewers for the list — or, you have another option. You could APPROACH THEM, and SHARE you don’t want to be considered someone who should be seeing all of their private thoughts and content and that you’d rather be removed. If it’s a real-life “close friend,” that’s one thing, but someone you don’t really know well? You’re trapped for eternity.

Speaking as a former Instagram captor of my loved ones, one of the strangest parts of using this tool is being forced to confront that the “Close Friends” list is a living, shapeshifting organism that molds to reflect who comes in and out of your life. Ending a relationship in a “Close Friends” world means there is an entirely different set of signals to read on social media after the fact.

Post-breakup, it’s an awfully convenient way to post something — which may or may not contain some vague messaging or subposting — and have a guarantee that it will interrupt their day and capture their attention, if not for just a few seconds. If they’re bold enough to ask to be removed, you’ll know that’s a clear indicator of where things are gonna go.

The gleeful gray area allows for constant, persistent reminders of someone who you might not want to be hearing from very often. So now, we chronic oversharers are left with these messy vehicles for digitally spilling our guts and absolutely no way to free the passengers.

After getting old enough to realize I actually don’t love the idea of my intimate business on the internet in any capacity, I took the only suitable — albeit drastic — option that you may have to consider at some point yourself. Just stop posting a story for close friends.