Maryland gymnastics falls to No. 19 after dipping below 196 for first time this season 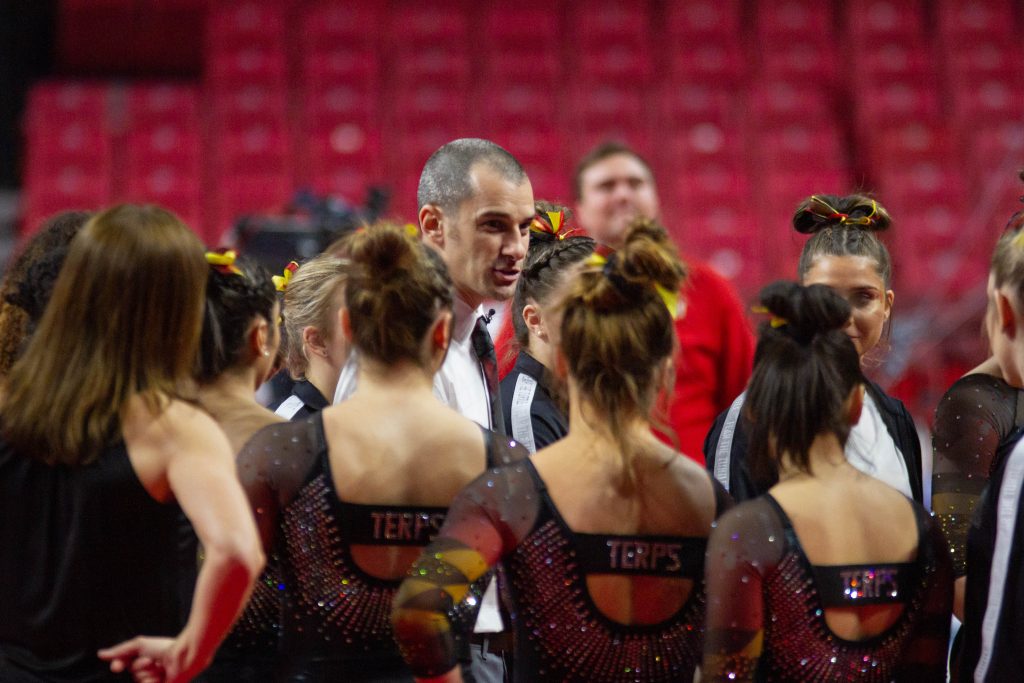 Coach Brett Nelligan talks with his Maryland gymnastics team during its meet against Iowa on Jan. 19, 2020. (Julia Nikhinson/The Diamondback)

After recording its lowest score of the young 2020 season on Saturday, Maryland gymnastics moved down eight spots to No. 19 in the national rankings — 11 spots below its highest ranking this season.

The Terps shot up the rankings following a historic 196.150 in their first meet of the year, but the team has since moved down because of increasingly lower scores in its most recent two meets.

The No. 19 slot comes after scoring 195.250 at the Ohio State Tri, where the Terps squared off against Ohio State and Central Michigan. The Buckeyes outlasted the Terps with a season-high score of 195.500.

Senior Alecia Farina fell on beam at the meet, resulting in a season-low score of 48.075 in the rotation. Though coach Brett Nelligan’s squad ended its streak of routines hit, Nelligan praised his team for prevailing in other events.

“I’m really proud of this team,” Nelligan said. “Obviously not the outcome we wanted but I love the way they battled all the way to the end.”

In addition to falling eight spots in the national poll, the Terps fell to fourth in the Big Ten as Nebraska — which finished third in the Big Ten a year ago — moved into third place in the conference.

Maryland will have another chance to move back up the rankings with their second home meet of the year this Sunday against Illinois. 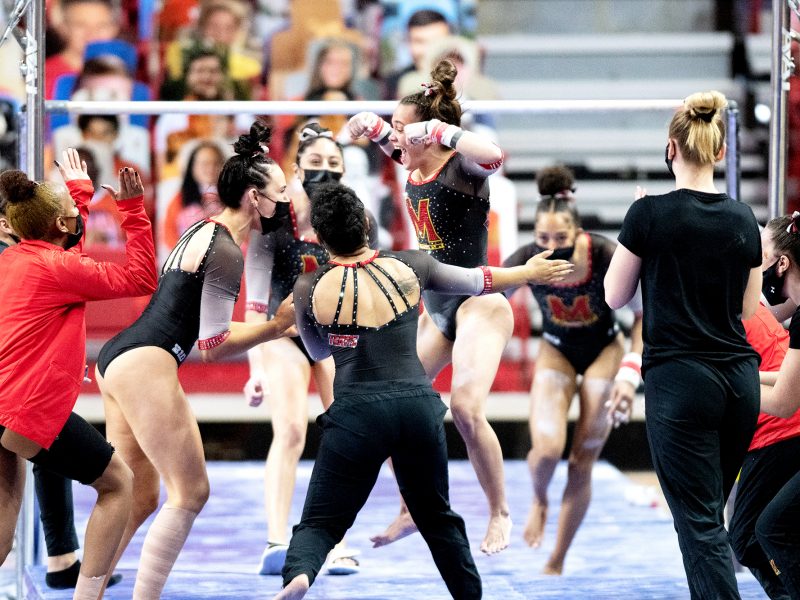