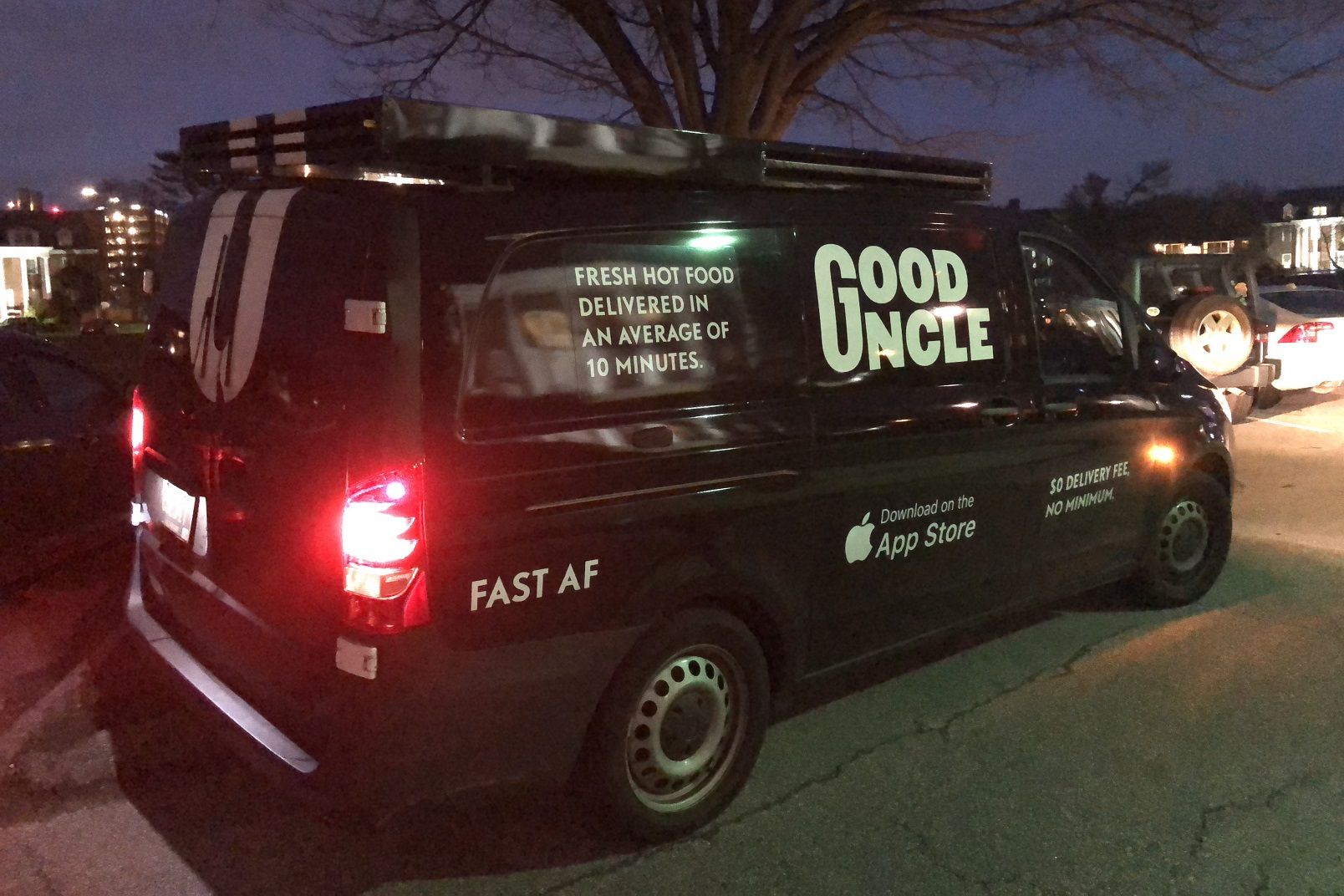 To order from Good Uncle, students would download an app on their phone and select a food item, which included sandwiches, pasta and salads. Users would then select a pickup point on or nearby campus.

The service was popular among students, so much so that within two months of its opening, there were about four times as many drop off points on campus. The company also enhanced its menu to include healthier options after receiving customer feedback.

For Karen Liu, who used the food service about four times during her freshman year, Good Uncle was a convenient and reliable way to get food.

“I got pretty tired of the diner food, and I wanted to try something new,” the sophomore community health major said. “They knew the area pretty well, and you could always count on them to deliver your food on time.”

The service was especially helpful for students living on North Campus, where there are not as many restaurants nearby, said junior psychology major Joey Whiting. However, Whiting said his experiences were often inconsistent — a problem that prompted his friend group to nickname the service “Bad Uncle.”

“Sometimes it would be good quality, and sometimes you would order it, and you would be like, ‘Okay, I could have gotten this at the dining hall for free,’” Whiting said.

Junior biology major Lidia Signorella was surprised about its closure, adding that students had mixed feelings toward the service.

This year, the company is scheduled to begin service in seven more areas, including Wake Forest University and the University of Virginia.

Gans said that it is still possible that Good Uncle will return to this university in the future. The company left the University of Delaware in 2018, only to return a year later.

“University of Maryland students are great, and I think like a lot of college students, want access to good food options,” Gans said. “We figured Maryland would be a great spot to be, and it was.”