Maryland men’s basketball drops five spots to No. 17 in AP poll after blowout loss to Iowa 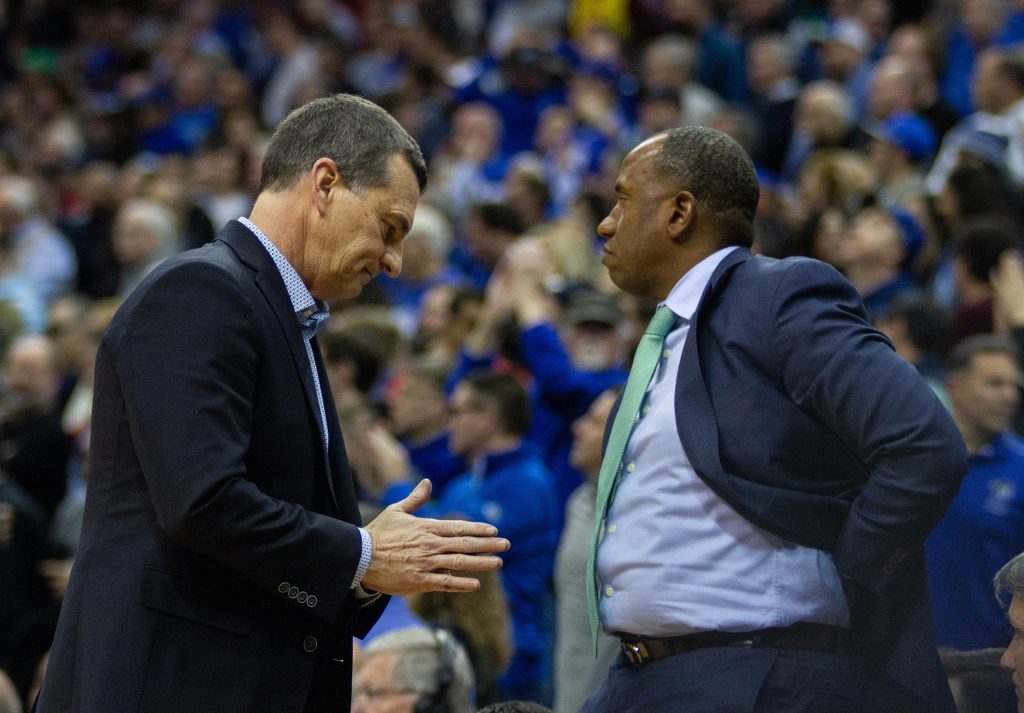 After another tepid performance on the road — this time, a 67-49 loss to Iowa — Maryland men’s basketball dropped five spots in the latest AP top-25 poll, slotting in at No. 17 in the country.

The Terps had knocked off then-No. 11 Ohio State on Tuesday at Xfinity Center, part of the Buckeyes’ four-game losing skid that’s seen them fall from No. 2 to No. 21 since December.

In that contest, coach Mark Turgeon’s squad put together an all-around offensive showing. Maryland hit seven first-half 3-pointers and shot 45.7 percent from the field overall, with guard Anthony Cowan supplying 20 of the team’s 67 points during the 12-point victory. That pace hit a snag on Friday, however, when the Terps traveled to Iowa City.

Maryland (13-3, 3-2 Big Ten), has only lost in true road games thus far. And while Turgeon’s teams have shown ability to win in unfamiliar surroundings in the past — including the three losses this season, the Terps have won just shy of 47 percent of their road Big Ten games since joining the conference — this year’s edition seems to have room for improvement on that front.

“Honestly, like I said, I don’t have an answer,” Cowan said Friday. “We’re practicing super hard, practicing good, I just don’t know what it is on the road.”

For the third time this season, Maryland shot under 40 percent in effective field goal percentage against the Hawkeyes. The Terps hit 55 percent of their free throws, 18.2 percent of their triples and 43.3 percent from two-point range.

And while forward Jalen Smith scored 13 points and Cowan added nine, guards Eric Ayala and Aaron Wiggins combined to shoot 0-for-10 with seven of the team’s 17 turnovers. The pairing both shot above 40 percent from long distance last season, but they’ve seen that clip fall more than 10 percentage points each.

It’s a small piece of Maryland’s offense, yet their inefficiencies have appeared to hurt.

Road struggles are far from unique in the Big Ten, where competitive teams and rowdy atmospheres often clash to make life difficult for favored visitors. Maryland is undefeated at home so far and so is Rutgers, who received votes in the latest AP poll.

In Big Ten matchups so far, the home team has won 32 of the 37 games. It’s created a conference in flux. Michigan State, a team that fell in this week’s rankings to No. 15, leads the Big Ten standings at 5-1. Then there’s Illinois at 4-2, newly ranked No. 24 and a squad the Terps beat to open conference play. Maryland and three other schools are at 3-2.

So, while the Terps looked so off Friday in Iowa, they aren’t alone in that home-away disparity.

“Anybody can win at any point in time,” Smith said. “Every team in the Big Ten is a great team.”