“A whole new animal”: A tough Big Ten slate is the next test for Maryland men’s basketball 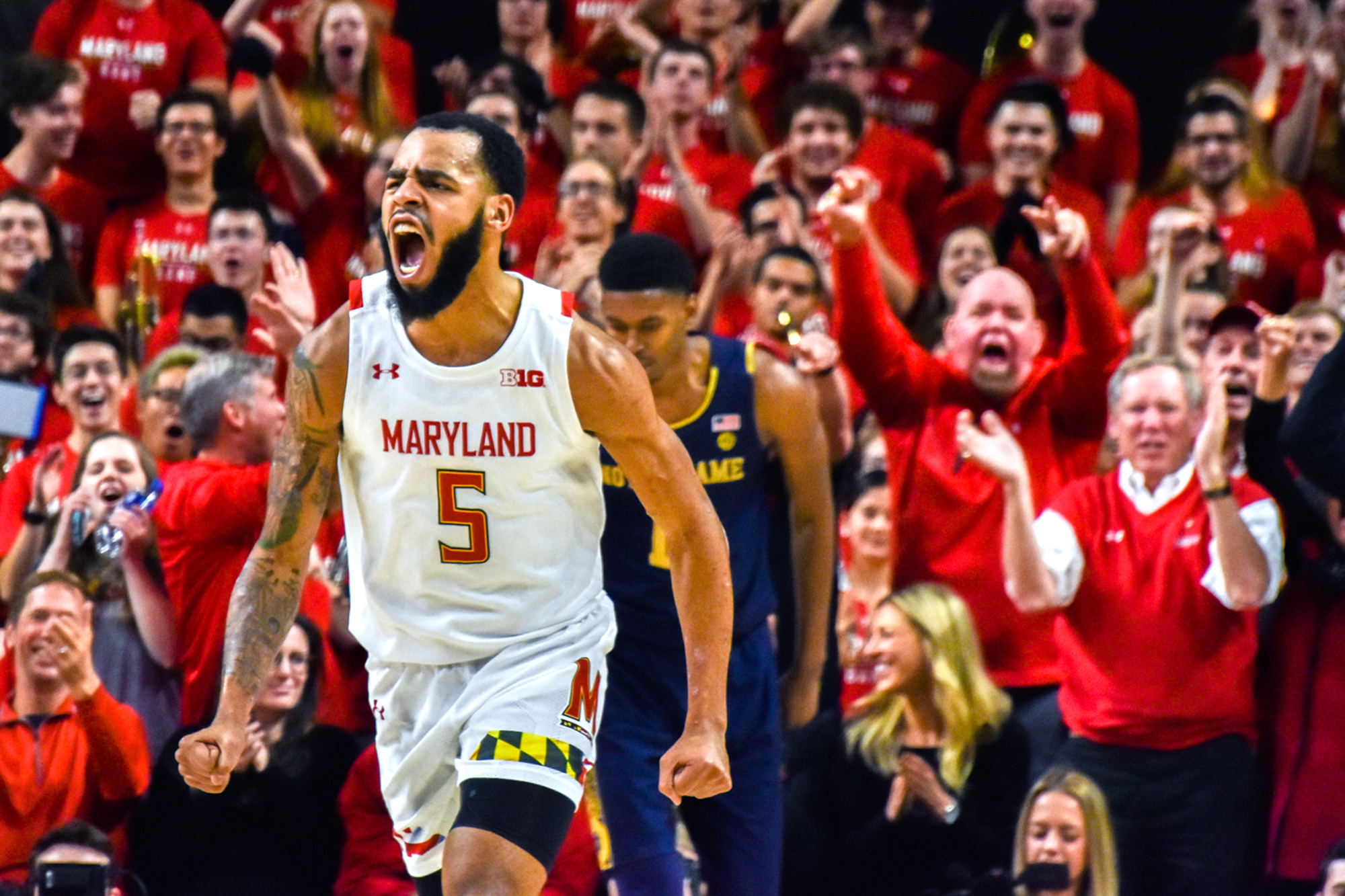 A month ago, Maryland men’s basketball was riding high. The Terps were the Big Ten’s highest-ranked team at No. 3 in the AP Top 25 after a 10-0 start — accentuated by an Orlando Invitational championship and convincing wins over Marquette and Notre Dame.

Now, with the calendar flipped to 2020, Maryland learned just how much can change in a month. The Terps dropped consecutive road games to unranked foes Penn State and Seton Hall, contributing to their current No. 15 ranking. And their frontcourt depth is in a state of flux after freshman forwards Makhel and Makhi Mitchell departed the program last week.

So after ending nonconference play with an 84-70 win over Bryant 84-70 on Dec. 29, Maryland is on the prowl once more, with the lone target being what coach Mark Turgeon called “a whole new animal”: the Big Ten conference.

“I think this will be the single hardest league season that I’ll go through as a player [and] as a coach to this point in my life,” Turgeon said.

Since the 2017-18 season, Big Ten teams have played an early two-game set that briefly interrupts nonconference play, with the Terps splitting the pair of matchups in each of the three campaigns.

This year, guard Anthony Cowan led Maryland to a one-point victory at home over Illinois on Dec. 7 with a deep game-tying 3-pointer, a steal and a go-ahead free throw, all in the final 20 seconds. The Terps weren’t able to stage a similar comeback on Dec. 10, though, seeing Nittany Lions fans storm the floor after a 76-69 defeat.

Though Maryland split the home-and-home, coming away with a win in its own building was an important result in what’s shaping up to be an ultra-competitive Big Ten slate — 11 Big Ten schools place in the top 50 in NET rating, the NCAA’s leading tool to rank teams.

“Winning at home is definitely important. It gives us an edge,” Ayala said. “Especially now [that] we going to conference play, competition rising, we need every advantage we can get.”

But Turgeon’s team wasn’t the only conference team to incur mixed results in the initial two games of Big Ten play. Twelve of the 14 teams finished 1-1, creating a log jam in the conference standings between the bookends of Michigan State and Northwestern — who finished 2-0 and 0-2, respectively.

“Every team in the Big Ten is able to be beaten,” forward Jalen Smith said. “It’s an up-and-down league right now.”

Smith also highlighted the importance of having a tough presence on the interior during conference play. But the Terps’ frontcourt is suddenly a question mark after the Mitchell twins left the program.

Center Chol Marial made his college debut against Bryant — recording six points, five rebounds, and a blocked shot in 14 minutes. As the season progresses, Turgeon anticipates the 7-foot-2 Marial will play a larger role in the rotation.

But as this happens, Smith is taking on a leadership role to get the freshman accustomed to the Big Ten — similar to how Bruno Fernando molded him last season.

“Teach him the ways that Bruno taught me,” Smith said. “And just showing him that the Big Ten is no joke. Now it’s time to buck up.”

Last season, Maryland found itself with a 10-3 record going into the new year. The Terps then reeled off six straight conference victories to climb to No. 13 in the poll.

Despite being in a slightly more favorable position come conference play this year, Turgeon’s squad knows it won’t be easy to duplicate those results.