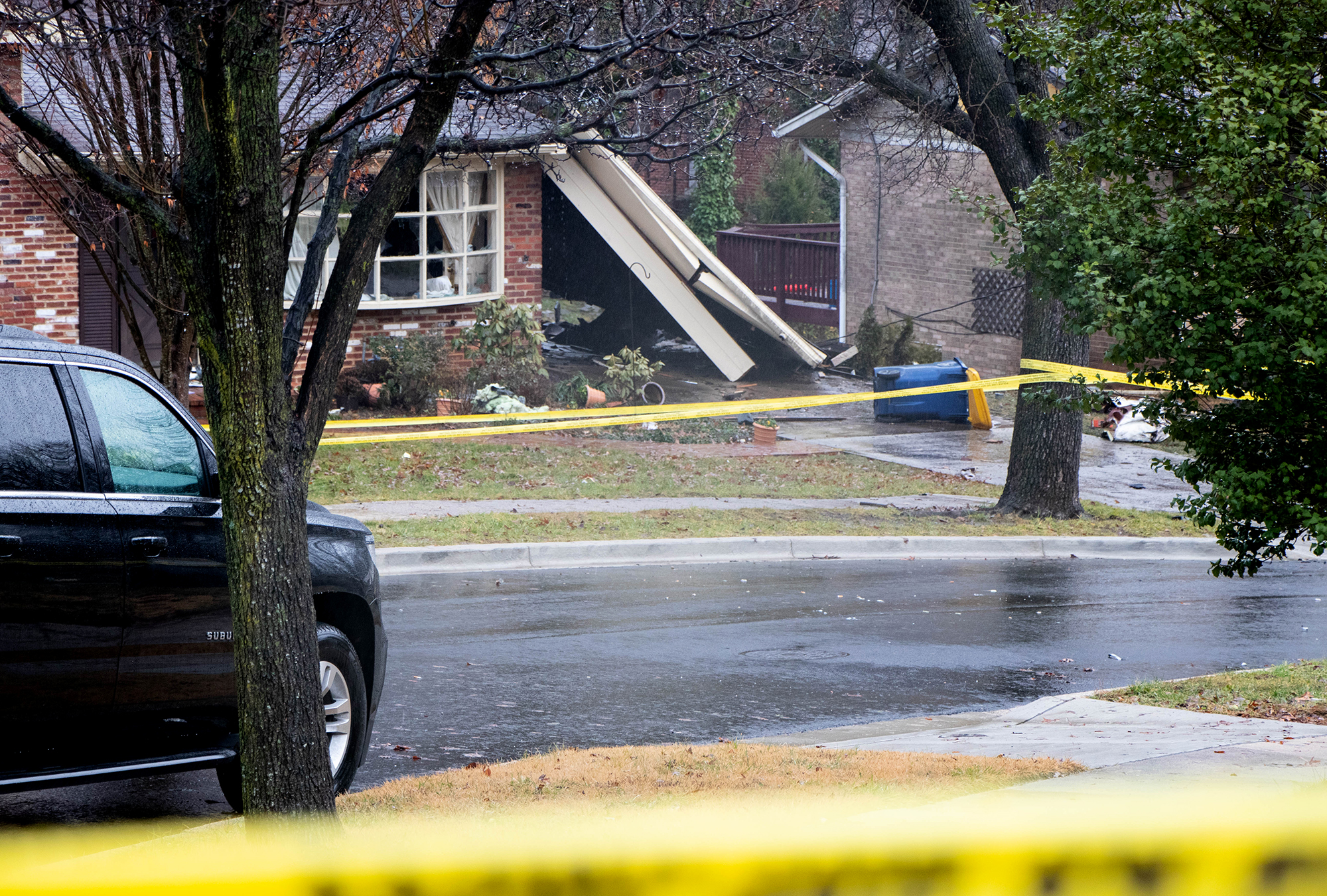 A house on the 6300 block of Chestnut Avenue in New Carollton, MD. sustained damage when a small plane crashed into it on Dec. 29, 2019. (Julia Nikhinson/The Diamondback)

Police say a small plane crashed into the carport of a New Carrollton home Sunday afternoon — leaving the pilot dead — minutes after the aircraft departed from College Park Airport.

Maryland State Police responded to the scene at about 3:10 p.m., after a report of a single-engine plane crash, according to a press release. The crash occurred near Chestnut and Auburn avenues. No one was in the house and New Carrollton Police also responded on the scene, according to the release.

According to a tweet from Mark Brady, a spokesperson for the Prince George’s County Fire/EMS Department, the plane struck the carport, then a vehicle, which caught fire with the aircraft.

There was also a small fire in the attic, Brady tweeted. At least 18 homes in the area lost power, according to the release.

The pilot is the only confirmed fatality, according to the release. His name has not been released.

County police are assisting in the investigation.