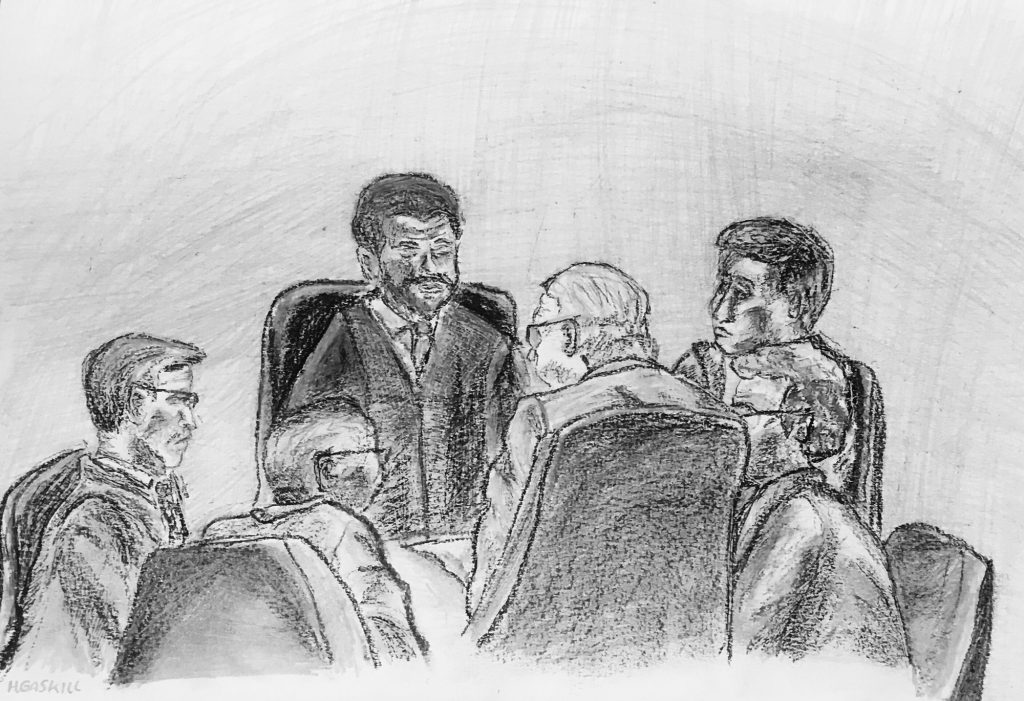 The jury who will decide whether a former University of Maryland student is convicted on hate crime and murder charges in the killing of a black Bowie State University student started to take shape Monday, as the judge began questioning 100 candidates.

Looking out over a crowded courtroom, Judge Lawrence Hill asked jurors a list of questions, including whether they believe people who tell or receive racially insensitive jokes are racist. At the end of the day, prosecutor Jonathon Church said around 20 jurors had been struck. Jury selection is planned to conclude Tuesday.

Sean Urbanski stands accused of fatally stabbing 2nd Lt. Richard Collins in the early hours of May 20, 2017, as Collins waited for an Uber on this university’s campus with two friends. Collins, a 23-year-old cadet in Bowie State University’s ROTC program, was days away from graduating. Prosecutors have long argued that the killing was racially motivated.

At the start of proceedings on Monday, the prospective jurors filed into the courtroom clutching red juror cards. They filled much of the room’s available seating, leaving just a few of the benches empty. The Collins family occupied two rows of benches on the left side of the room.

During questioning, one potential juror indicated they’d gone to Bowie State with Collins, while two others said they’d participated in protests on this university’s campus in the wake of his killing. Around 20 others indicated that they hadn’t heard about the allegations facing Urbanski.

To screen the jurors, Hill delved into a series of questions that hit upon the relationship between hearing and telling racist jokes and being racist — a topic that came up over the summer when the defense attempted to bar racist memes that had been found on Urbanski’s phone after Collins’ killing from trial. Hill shot that motion down.

When Hill asked the room Monday to stand if they believed people who told and received “racially insensitive” jokes or memes were racist, over half rose from their seats.

Most of the prospective jurors also stood up when Hill asked whether a person could listen to racially insensitive jokes without being racist themselves.

In front of Hill sat Urbanski, dressed in a navy blue blazer — a departure from the orange jumpsuit he wore for a hearing over the summer. He stared straight ahead for much of the proceedings, occasionally glancing at the prospective jurors.

Urbanski’s defense attorneys deny the killing was based in racism. At a motions hearing held over the summer, the duo said Urbanski was “out-of-his-mind drunk” and “screaming incomprehensibly” at the time of the killing.

Intoxication may be used as a defense, Hill informed the potential jurors. He asked whether they or anyone close to them experienced issues with alcohol abuse.

Hill also asked whether any of them had any religious or philosophical beliefs about the criminal justice system that would affect their impartiality, or if they or their close friends or family members regularly carried a pocket knife.

The two lawyers were recently successful in their request that Hill bar an expert in racism and hate groups from testifying at the trial, interfering with a notice the state filed in early November that it would call a professor with expertise in racism and the internet as an expert witness.

Testimony is set to begin Wednesday. The case is scheduled to finish by Dec.19.