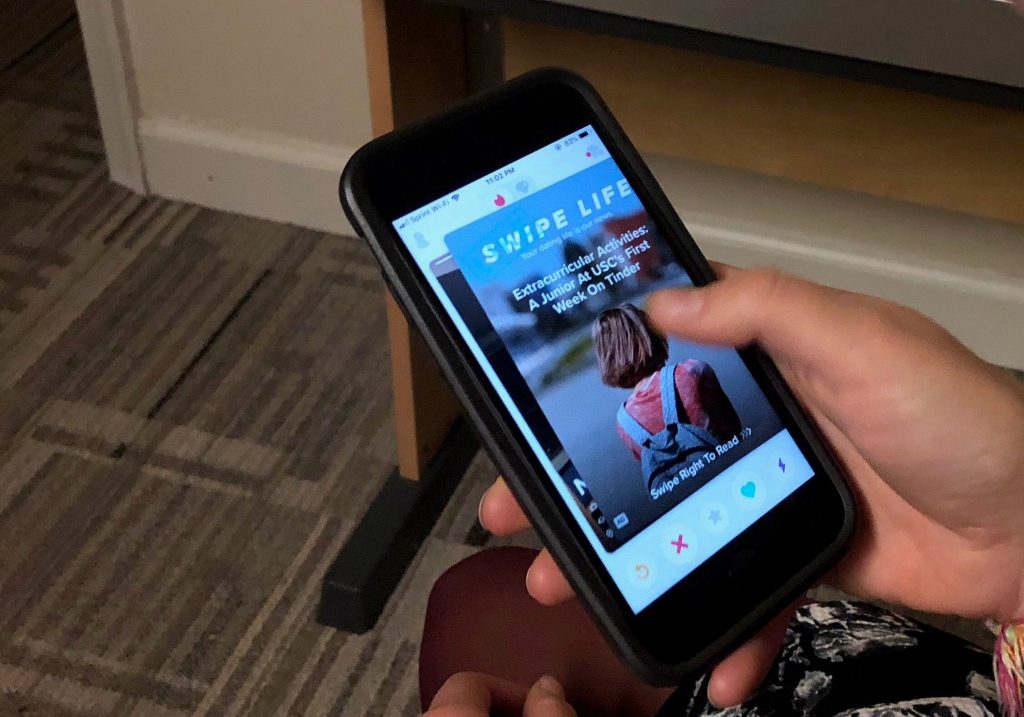 Online dating has always seemed weird to me. As someone who didn’t get a smartphone until I started college, my romantic relationships were always with people I met and got to know in school. With apps like Tinder and Hinge, all dating basically becomes speed dating — even if you’re only pursuing one person at a time, it’s likely the person you’re pursuing is still talking to multiple people.

A new dating app exclusive to University of Maryland students, called TerpMatch, makes it easier to date people you already know to some degree. Instead of meeting strangers, TerpMatch helps reveal “missed connections” in the last weeks of a semester with someone you might have met in a class or a club. The app doesn’t have a chat feature on purpose, and it could address some of the larger issues that come with apps like Tinder or Hinge.

But traditional dating apps, particularly on a college campus, make it much harder to form lasting relationships. On top of having to figure out if you’re attracted to someone romantically or physically, you have to start from scratch when getting to know them. I know that many college students aren’t looking for a lasting relationship — Tinder definitely makes hooking up easier in some ways. But for those who want something more meaningful, dating apps leave a lot to be desired.

One issue with dating apps is that the relationship is more likely to be short-lived. When you date someone who is already in your social circle, it seems like there would be a greater drive to make your relationship work. Eharmony, a long-term relationship dating app, reports that 63 percent of married couples met through a mutual friend.

With a dating app, you have so many prospects that it’s easy to give up after the first date if you have one awkward interaction or you don’t feel an immediate spark. It would make sense that the likelihood of feeling a connection with someone upon first meeting is lower than the likelihood of developing those feelings for someone you’ve interacted with for some time.

While there are downsides to dating within your social circle, such as making it harder to breakup without affecting your mutual friends, the social pressures of this situation can be useful. If it’s easy just to move on to another person, or you’re going on dates with multiple people at once, there’s no drive to develop a relationship with a person, even if it ends up being platonic. Also, dating in your social circle is certainly safer — while most people have their secrets, it’s significantly easier to vet someone when you or your friends already know them.

Having so many prospects — and engaging with multiple at once — can also be problematic if you’re seeking a long-term relationship. Psychologist Barry Schwartz’s Paradox of Choice argues that “endless choice” can make us feel dissatisfied too easily and develop unrealistic expectations. While dating apps make loose promises to help you find your “match,” they perpetuate the notion that there is one person out there who will be perfect for you the moment you meet them.

Dating apps profit off two things in particular on college campuses: hookup culture and the idea of the “soul mate.” Without getting too much into my personal beliefs on soul mates, I’d say the mainstream media perpetuates an understanding of the concept that is far too romantic. Maybe there is someone out there who you are meant to be with, but the odds are that you won’t actually know that when you first meet them.

As someone who has been in a long-distance relationship for four years, I know for sure that the concept of soul mates is impractical. It disregards the fact that people are constantly changing, which requires our partners and relationships to grow and change with us.

The person who is “right” for you may emerge after you’ve known someone for a few months, years, or more; it’s very unlikely that you’ll know as soon as you’ve met them. Dating apps obscure this reality, especially if you’re using them to find a lasting relationship — they encourage you to move on quickly from the uninspiring first date.

I’m not saying that dating apps don’t work. Eharmony statistics indicate that 20 percent of “current, committed relationships” began online, and anyone can become a part of that 20 percent. It’s just a matter of understanding that apps like Tinder perpetuate real-world speed dating, preventing people from developing lasting relationships and helping you get lost in the huge realm of possibility they promise.