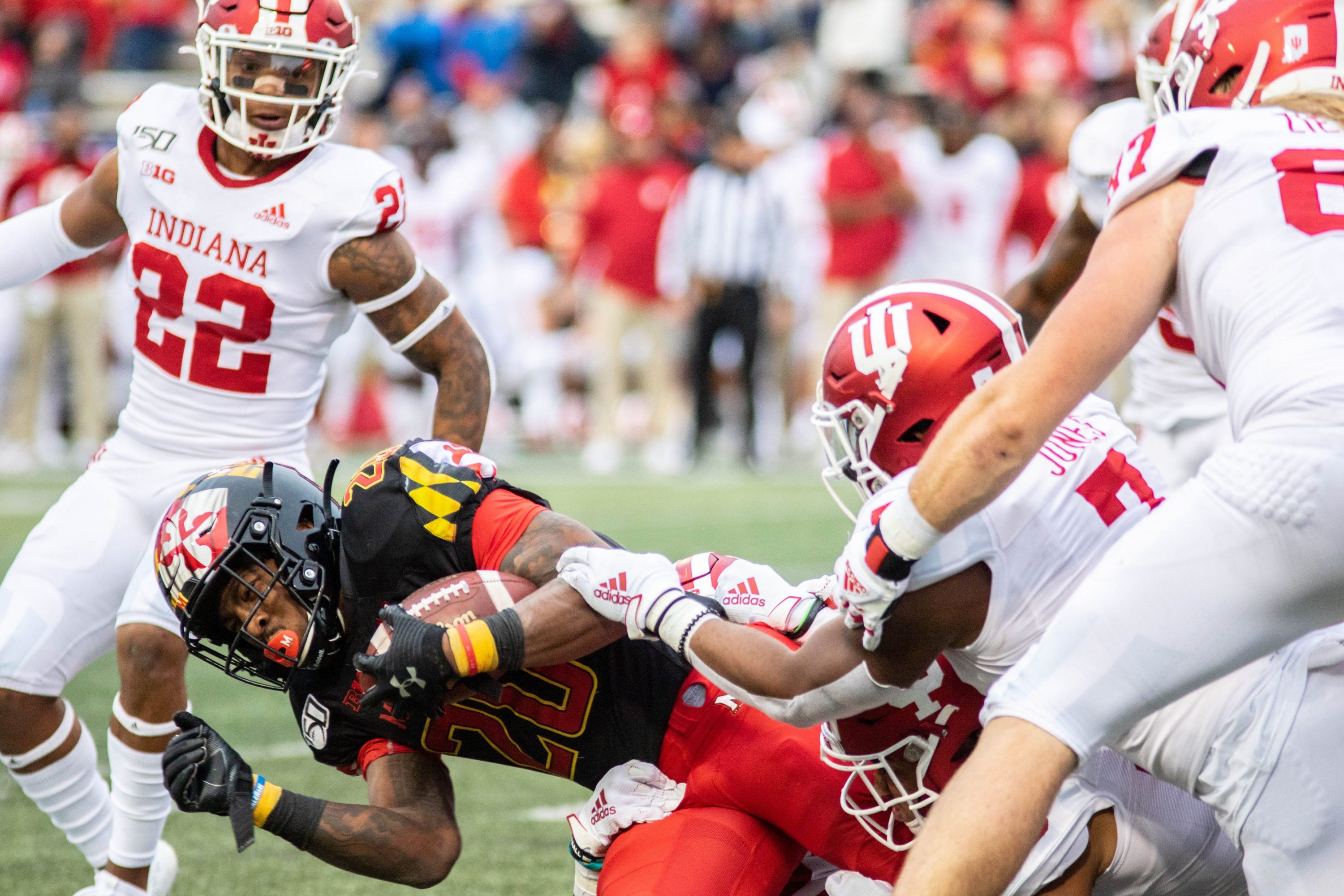 Maryland football running back Javon Leake is tackled during his team's 34-28 loss to Indiana on Oct. 19. (Julia Nikhinson/The Diamondback)

After breaking out for a career year in the backfield and on kickoff returns, Maryland football running back Javon Leake announced Wednesday he will forgo his final season of eligibility and enter the 2020 NFL Draft.

Leake became the Terps’ best offensive weapon during a campaign where many other tailbacks suffered from injuries. Lorenzo Harrison and Jake Funk were lost for the season early on, and Anthony McFarland — who announced his intention to enter the NFL Draft on Tuesday — was hampered by an ankle injury for much of the year.

Terp nation thank you for everything!! ❤️???? pic.twitter.com/1xYBz6tNWJ

The 6-foot ball-carrier was named the Big Ten’s return specialist of the year, and he finished third in the conference in all-purpose yards with 1,595. His three career kickoff return touchdowns are tied with former wide receiver Torrey Smith for the most in program history.

Leake finished his junior year with 736 rushing yards and eight touchdowns, adding nine receptions. Over his career, he rushed for 1,010 yards and 16 touchdowns, averaging 8.7 yards per carry. His departure creates a significant hole in the Terps’ offense; he and McFarland accounted for 66 percent of the team’s yards on the ground and 37 percent of Maryland’s total yards.

The Terps are expecting a pair of three-star running backs to join in the class of 2020: Peny Boone and Ebony Jackson. Along with the expected returns of Funk and Harrison from injury — and Tayon Fleet-Davis, who missed the final two games this season after he was charged with seven traffic-related violations — those rookies may see playing time in a newly thinned-out backfield.