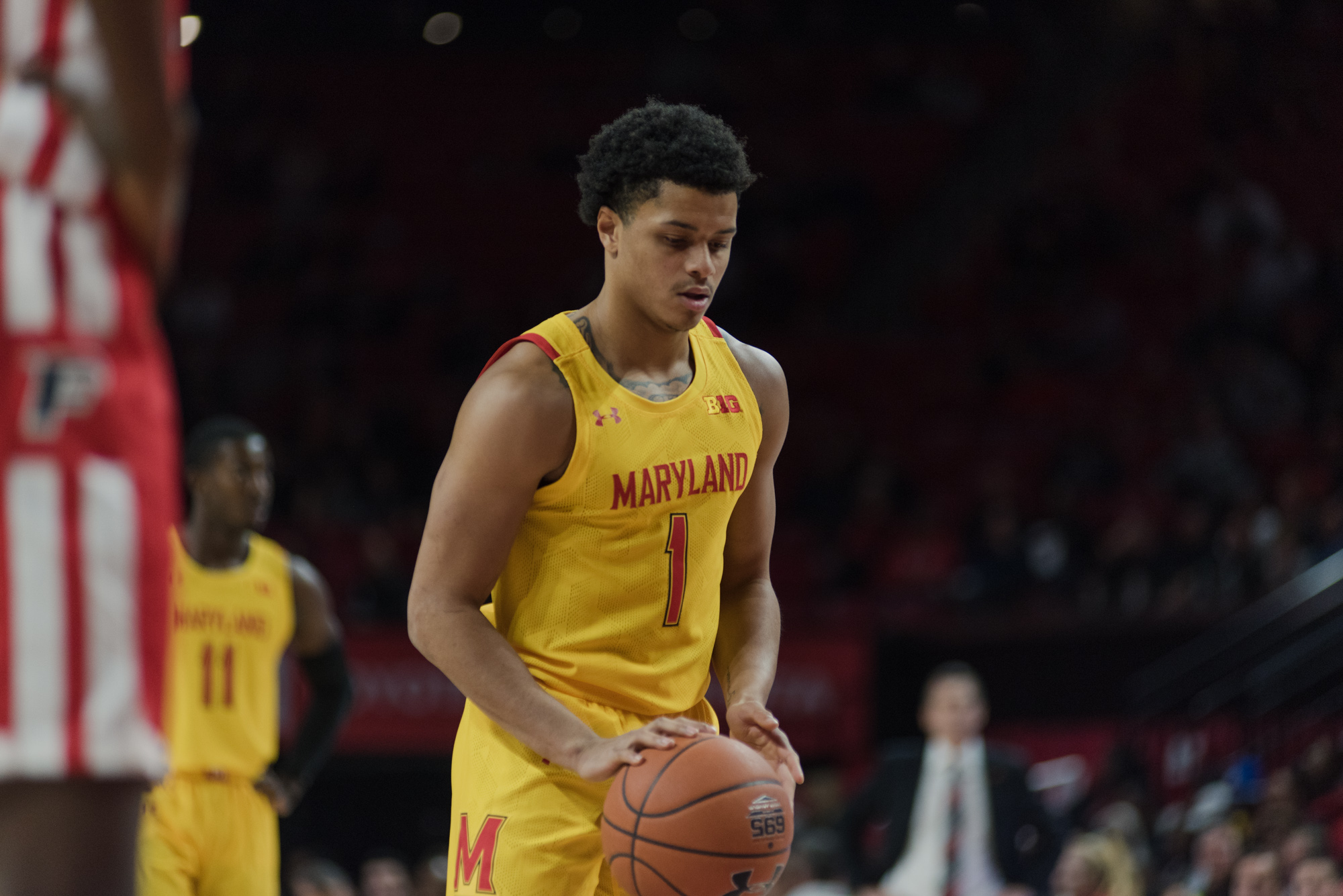 Cowan averaged 24 points across three games, leading his team to wins in each round of the Orlando Invitational and extending the Terps’ undefeated start to the season to eight games for the first time since 2006.

Over the three tournament games, Cowan provided moments of heroics and leadership to stave off three undefeated teams and help Maryland move up to No. 3 in this week’s AP Top-25 poll.

“I just try to lead the way [in] every way I can. Not necessarily scoring,” Cowan said. “I just try to lead in different ways — if it’s just trying to get a guy to get it going or just telling a guy keep his head up, I think I’m leading in that type of way.”

[Read more: Behind 8-0 start, Maryland men’s basketball climbs to No. 3 in AP Poll]

Against Temple, the Bowie native scored a career-high 30 points — including 20 in the second half — to spoil the Owls’ upset bid. Cowan’s career day came despite Temple’s coach acknowledging that the game plan was to shut him down.

“[Anthony] thrives off that. If you pay that much attention to him, he’s going to try to go at you,” forward Jalen Smith said after the win over the Owls. “That’s what I like about him — just that fiery aspect of him.”

In Friday’s second half against Harvard, Cowan scored 17 second-half points to rebound from a slow start and finish with 20 points to propel his squad past the upset-minded Crimson.

After getting his team to the championship game, Cowan did it all against Marquette to claim the tournament title and MVP honors. The senior scored 22 points, grabbed six rebounds, dished four assists and helped negate guard Markus Howard, who entered the contest as the nation’s leading scorer at 29.5 points per game.

Each of the three opposing coaches offered different words to describe and commend the Terps’ floor general. Temple coach Aaron McKie called Cowan a “difference maker,” Harvard’s head man Tommy Amaker said he was an “outstanding player and scorer,” and Marquette coach Steve Wojciechowski labeled him “one of the top guards in the country.”

“I think Anthony really stepped it up,” coach Mark Turgeon said. “He’s making all the right decisions, offensive and defensively. So the game’s just coming to him.”