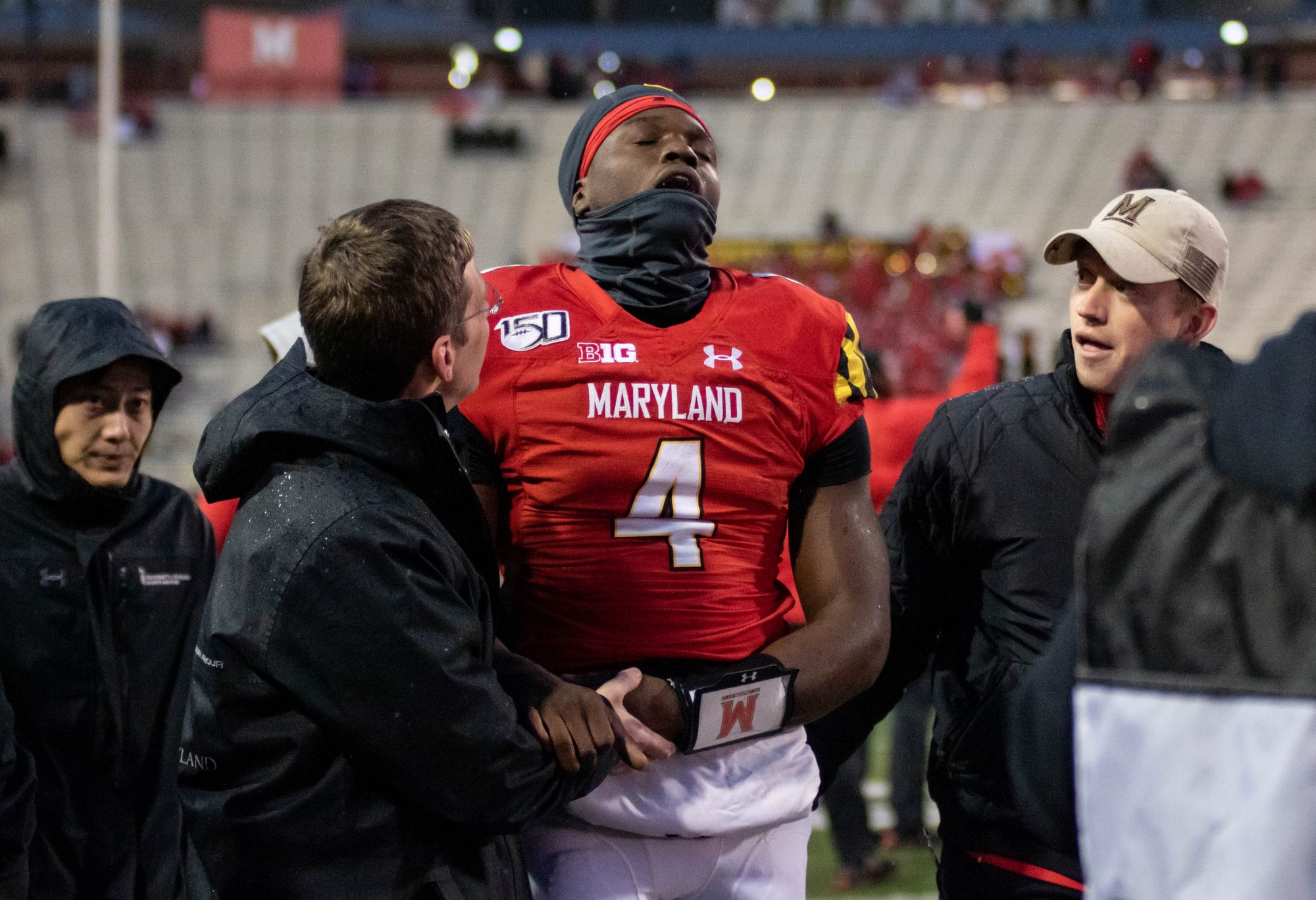 Maryland football quarterback Lance LeGendre is helped to the locker room after suffering a dislocated shoulder in the second quarter against Nebraska on Nov. 23, 2019. (Julia Nikhinson/The Diamondback)

At the end of a 17-yard scamper, Maryland football quarterback Lance LeGendre took a hit near the right sideline and stayed down with a dislocated left shoulder, according to a team spokesperson. He also fumbled on the play, and Nebraska recovered.

LeGendre had taken over under center for Josh Jackson in the second quarter Saturday, and he had just reeled off runs of 26 and 17 yards, breaking into Cornhuskers territory. But the freshman remained on the ground after contact for a few minutes, then walked slowly toward the Maryland locker room.

The 6-foot-1 quarterback is a former four-star recruit from Louisiana and ranked as the No. 8 quarterback in his recruiting class. Saturday’s outing was LeGendre’s third game of the year, allowing him to still redshirt. In his first two games, he ran for 69 yards and completed one of his two passing attempts. Against the Cornhuskers, LeGendre was 0-for-1 with a sack and added another 35 yards on the ground.

LeGendre’s fumble Saturday was the Terps’ third lost fumble of the game with 14 minutes still remaining in the first half. All year, Maryland had lost just three fumbles, the fewest in the Big Ten.

The Terps have long had a shaky quarterbacking history, both with production and injuries. Earlier this year, Jackson and Tyrrell Pigrome had missed time through an ankle and knee injury, respectively.

LeGendre has been considered the quarterback of the future in College Park. It’s unclear at this point how severe his injury is.