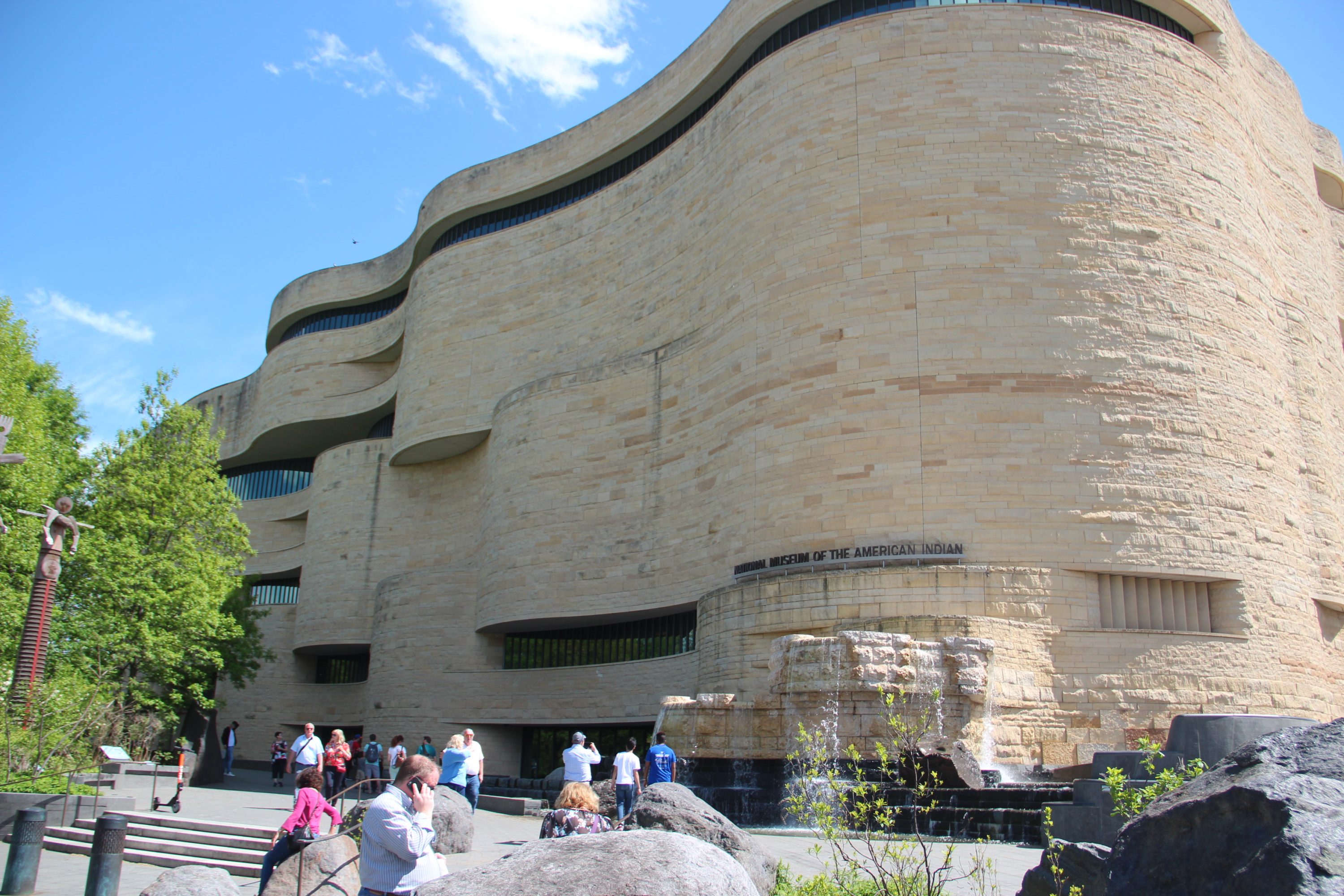 Before most performances at The Clarice Smith Performing Arts Center, the audience is reminded that the building, and the rest of the University of Maryland, was built on land originally home to the Piscataway tribe. This university continues to take slow steps toward acknowledging this fact in formal settings. However, I often wonder why the Piscataway tribe community still tends to be absent from campus art scenes.

The Native American community on this university’s campus is small, especially when it comes to the arts. And it’s not very substantial in the surrounding area either. Many artists are based in states such as Oklahoma, Texas, Utah and California. However, that distance does not preclude the effects of their work from being felt here and across the country.

For starters, Washington, D.C., sites such as the Smithsonian’s National Museum of the American Indian house a variety of works by these distant voices. For those looking to appreciate great pieces and experience rarely told stories, here are a few artists to check out:

Myers is described as a mixed media artist, but she identifies herself as a third-generation doll maker and a fourth-generation dressmaker. While many people automatically associate fine arts with painting or photography, Myers shares her stories through intricate beadwork and traditional regalia.

Myers is an incredibly accomplished woman even beyond her art. She also served as a community curator for the Smithsonian Institute’s National Museum of the American Indian’s exhibit “Identity by Design.” Her work is now in the museum as well as the Indian Craft Shop D.C.

Many of Burgess’ striking works are richly-colored portraits of indigenous people. They are also frequently marked with details such as distinct facial features and popping outlines or shadows. Many of his images combine research and personal experiences. Burgess actively challenges the stereotypical images of Native Americans that unfortunately persist in our popular culture, as his work places traditional elements of the culture in a modern context, with modern art techniques such as strong positions and angled portraits.

Burgess’ work is also in the permanent collection of the Smithsonian Institute’s National Museum of the American Indian.

Farris is an award-winning woman of many disciplines including photography, writing, teaching and art therapy. While she originally considered herself a painter, she transitioned to documentary photography, which she uses to capture significant moments of social and cultural history. She continues to focus on preserving her culture and documenting its evolution through her photographs.

Farris earned her doctorate in art education from the University of Maryland. She has also worked as a consultant for the Smithsonian Institute’s National Museum of the American Indian.

Rose Powhatan has close ties to the DMV area, given that she attended Howard University for her undergraduate and graduate studies. Combining her Powhatan-Pamunkey heritage and expertise in Native American art, she co-founded the Powhatan Museum of Indigenous Art and Culture. Powhatan descends from the nations indigenous to Virginia, Maryland and Washington, D.C., and created the online exhibition that displays some of her mixed-media work.

Powhatan has worked as an educator and visual artist creating murals, prints, paintings and totem poles, among other projects. She offers her work as cultural preservers and reminders of the Native American presence, especially in this section of the country.

Even if you can’t see these artists’ works in person, a valid way to honor them is always through education. Many people overlook Native American influences on American art, and it’s important to recognize their invaluable contributions. Without them, critical messages and images representing entire populations would be absent.