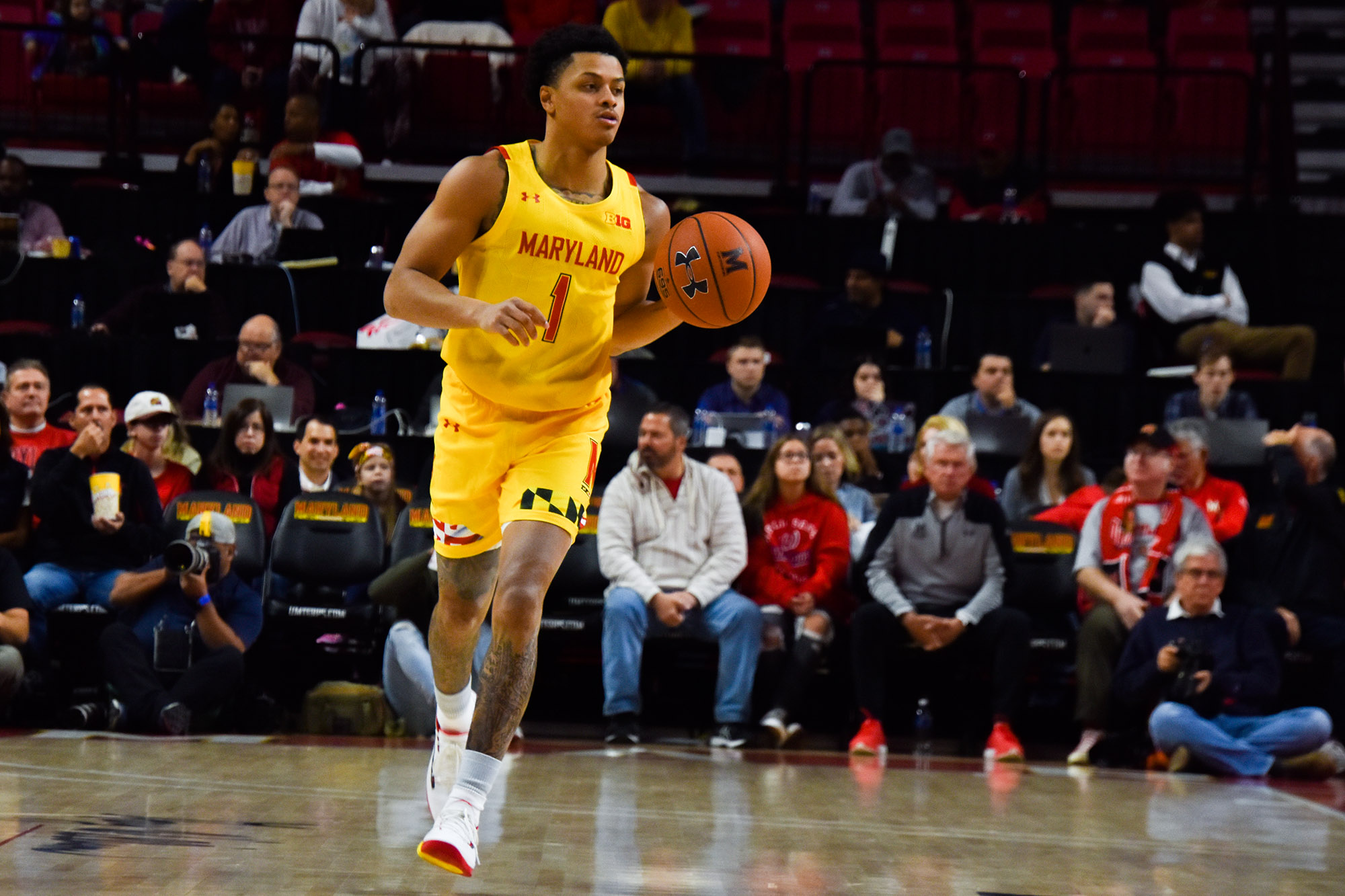 An 80-50 victory over Oakland and an upset elsewhere in college basketball were enough to move Maryland men’s basketball up one spot to No. 6 in the AP top-25 poll released Monday.

The Terps started the season at No. 7 and stayed in that spot last week after opening the season with two comfortable nonconference victories over lesser opponents. Maryland added a third victory of that kind, running away in a similar fashion after a slow start on Saturday against the Golden Grizzlies.

That victory alone likely wouldn’t have been enough to warrant a bump in the rankings. But on Tuesday night, Evansville went into Rupp Arena as a heavy underdog to face then-No. 1 Kentucky. The Purple Aces shocked the Wildcats — and college basketball — with a 67-64 victory.

Kentucky dropped to No. 9 in the poll following the result, freeing up the No. 1 spot for Duke to assume. Louisville, Michigan State, Kansas and North Carolina round out the five teams ranked ahead of the Terps.

The Spartans stayed at No. 3 after a 76-73 road victory over then-No. 12 Seton Hall, who Maryland will play in December as its marquee nonconference opponent. No. 10 Ohio State is the only other Big Ten team ranked in the poll.

Coach Mark Turgeon’s team returns to the court Tuesday night, when it hosts Fairfield at 8:30 p.m. The Terps will then welcome local foe George Mason to the Xfinity Center on Friday night before the team turns its attention to the Orlando Invitational in Florida over Thanksgiving weekend.