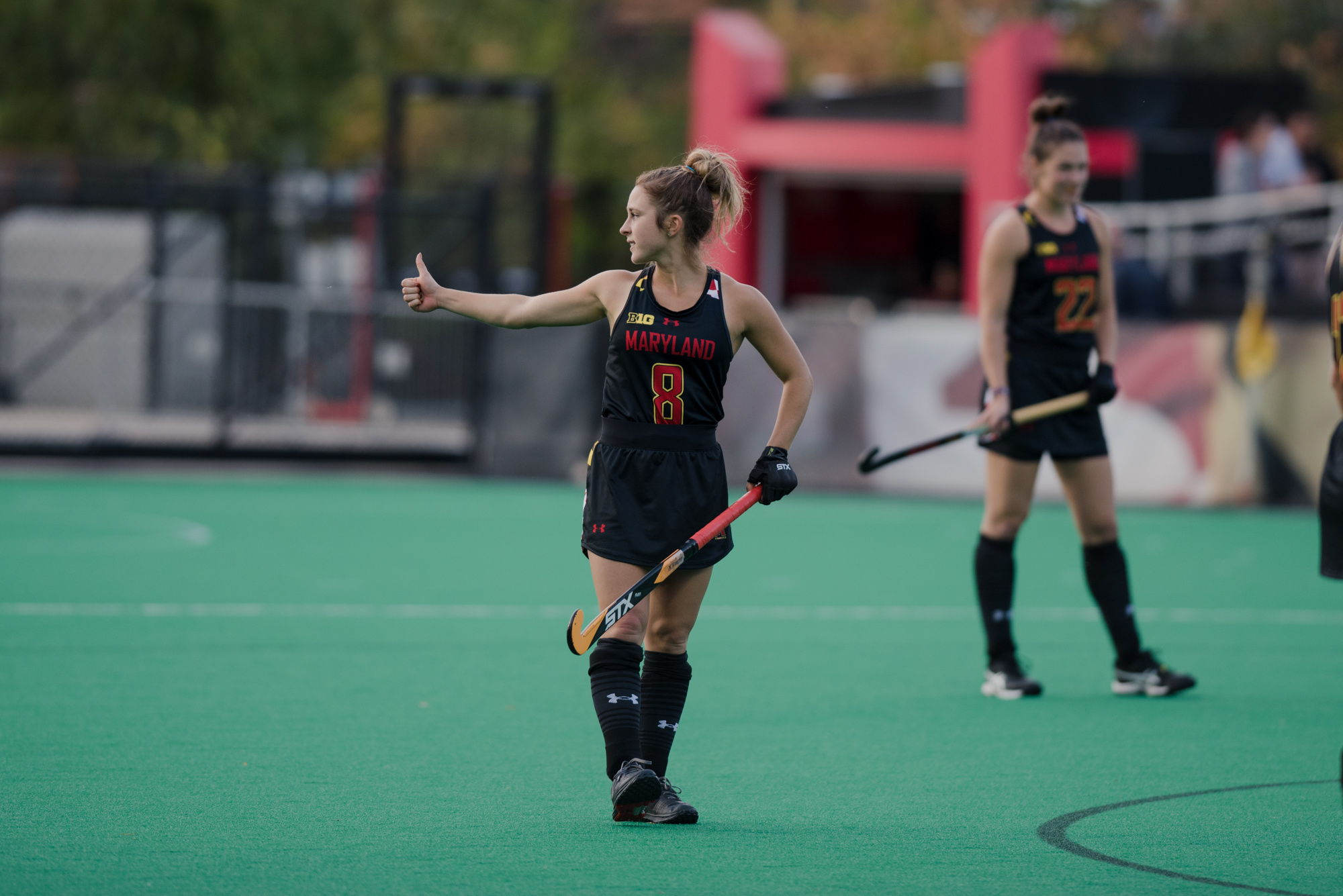 Maryland field hockey’s defense has spent much of the season cutting its teeth against some of the country’s top attacking units.

There was the double-overtime victory against then-No. 5 Northwestern on Oct. 3, where the Terps held the Wildcats’ high-scoring offense to a paltry five shots in five periods. Three days later, Maryland shut out then-No. 3 UConn — the third highest-scoring offense in the country — en route to a 2-0 win. And on Oct. 11, Maryland blanked future Big Ten champions Iowa.

But on Friday, Maryland’s backline will face its biggest test of the season — a matchup against St. Joseph’s and its high-octane attack that leads the country with an average of nearly four goals per game.

With a spot in the NCAA quarterfinals on the line, though, the Terps are confident their defense can stand tall one more time to squeeze an expansive Hawks forward line.

“Our defense has definitely been solid this year … with Bo[dil Keus] in the back, [Hannah] Bond, and Nathalie [Fiechter],” midfielder Brooke DeBerdine said. “We have a very strong defense, and that gives us a lot of confidence.”

Coach Missy Meharg’s defense has quietly established itself as one of the best in the nation, conceding just 17 goals on the season — the second-best defensive record in the country.

And much of Maryland’s defensive stability is rooted in its ability to maintain focus, even as the team sends droves of attacking players toward the cage on the opposite side of the pitch.

“When our forwards have the ball, we aren’t really a part of the play,” goalkeeper Noelle Frost said earlier in the season. “So we stay [involved] by communicating with our midfielders and forwards and mentally staying in the game.”

The impact of those discussions isn’t lost on Maryland’s forward players, though, as forwards and midfielders constantly fly around the pitch, hoping to badger the opposition into turnovers and relieve pressure from the back four.

“We don’t want [the ball] to get to the defense so we’ll try to stop it in the midfield,” DeBerdine said.

And the Hawks gave No. 1 seed North Carolina perhaps its toughest challenge of the season on Nov. 3, coming back from a two-score deficit to send the game into an extra period before falling to the Tar Heels in double overtime.

For all St. Joseph’s offensive capabilities, though, Meharg’s squad believes in its ability to shut down the Hawks, a belief bolstered by a commitment to defense that starts on the backline and reverberates throughout the roster.

“I think they’re going to be a great team to play against,” Maguire said. “I’m excited to see our really good defense go up against their really good attack.”