Despite reservations, Bodil Keus has embraced her captain role for Maryland field hockey 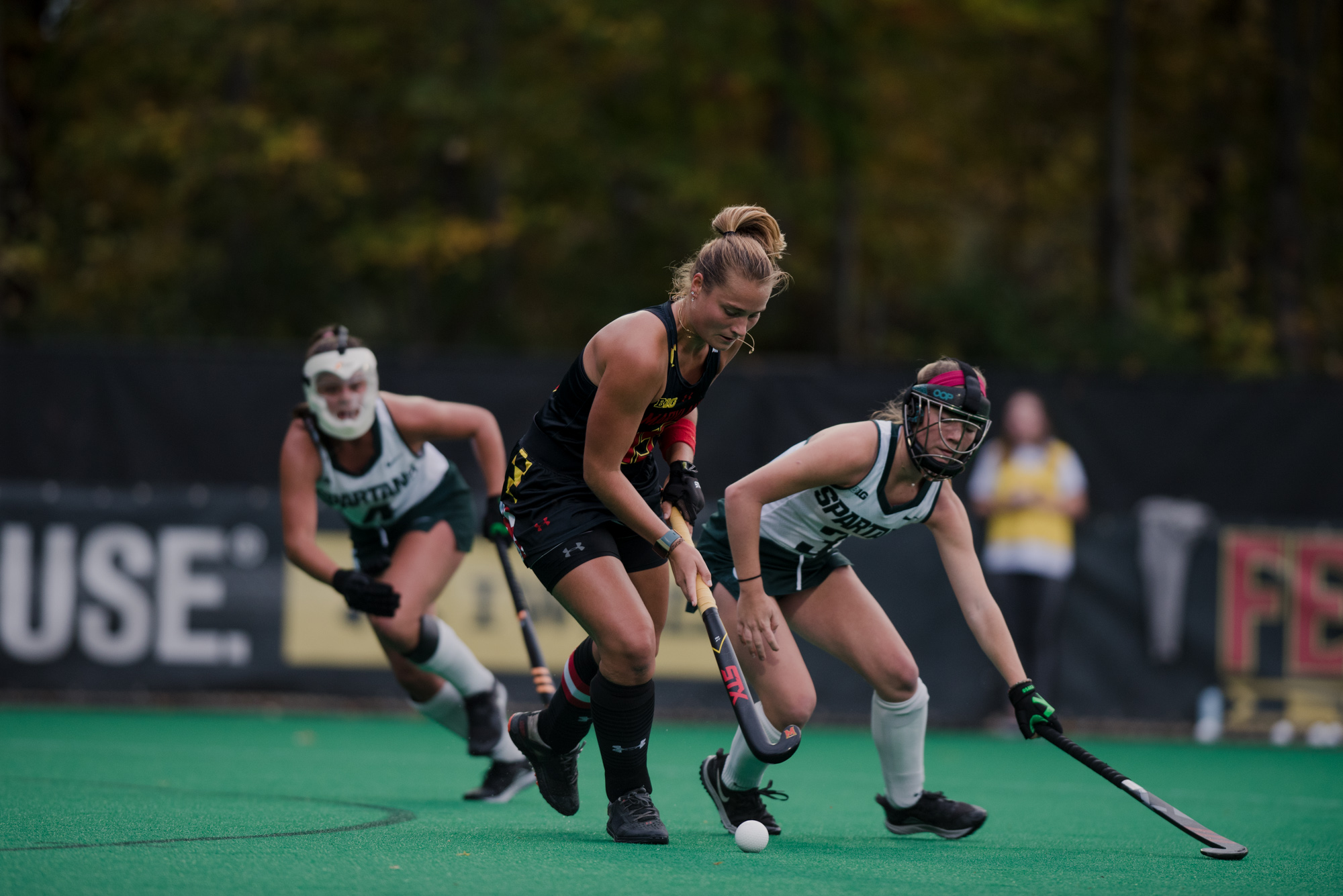 The junior preferred to stay behind the scenes, letting her strong defensive performances set an example for her teammates — just as she did in her sophomore campaign when she won Big Ten Defensive Player of the Year.

With former captains Linnea Gonzales and Julie Duncan graduating, though, Keus’ teammates felt that she best embodied the qualities needed to sport the captain’s red and white sweatband.

So they named Keus co-captain, sharing the duties with forward Jen Bleakney.

Less than three months later, Keus has continued to serve as a dominant presence on the second-best defense in the country this season. She repeated as Big Ten Defensive Player of the Year and added four goals and five assists to an attack that averaged over three goals a game. More importantly, though, Keus has progressed as a leader, a fact not lost on her teammates.

Keus has accumulated 1033 minutes, more than any other outfield player.

“Bodil’s been here, and she’s been a solid defender for us,” forward Madison Maguire said.

But while Keus was always expected to contribute on the field this season, her role as a leader has expanded as coach Missy Meharg made a raft of changes to the lineup in an effort to get the most out of a talented roster.

Keus’ initiative helped the Terps land Nathalie Fiechter, who formed a relationship with the junior during her recruiting process and eventually joined Maryland’s roster.

“As an international [recruit], eventually you choose based on your feelings,” Fiechter said earlier this season. “I had lunch with Bodil to talk about it and I just got a really good feeling.”

As one of the team captains, Keus helped Fiechter adjust to the Terps’ culture — just as she did with the other freshman.

And once Meharg dropped Fiechter into the center of defense — alongside Keus — Maryland saw an improvement in form, reeling off 10 consecutive victories.

And now, with the season reaching its final stage, the Terps are leaning on Keus to continue to provide leadership — just as she did in Friday’s Big Ten tournament matchup against the No. 5-seeded Penn State.

Despite outshooting the Nittany Lions 15-7 and having three goals disallowed, Maryland was unable to pierce through a resolute defense, losing 1-0.

Keus stood in the tent at the Penn State Field Hockey Complex, covered in rubber turf pellets and goosebumps after playing all 60 minutes — the 11th time she went the distance this season.

And surrounded by a cascade of despondent Terps teammates, Keus made a simple, but effective statement — one that represented her development as a leader over the course of the past few months — with the NCAA tournament looming.

“She was just like, ‘We’re not done yet,’” DeBerdine recalled, “‘We have another chance.’”