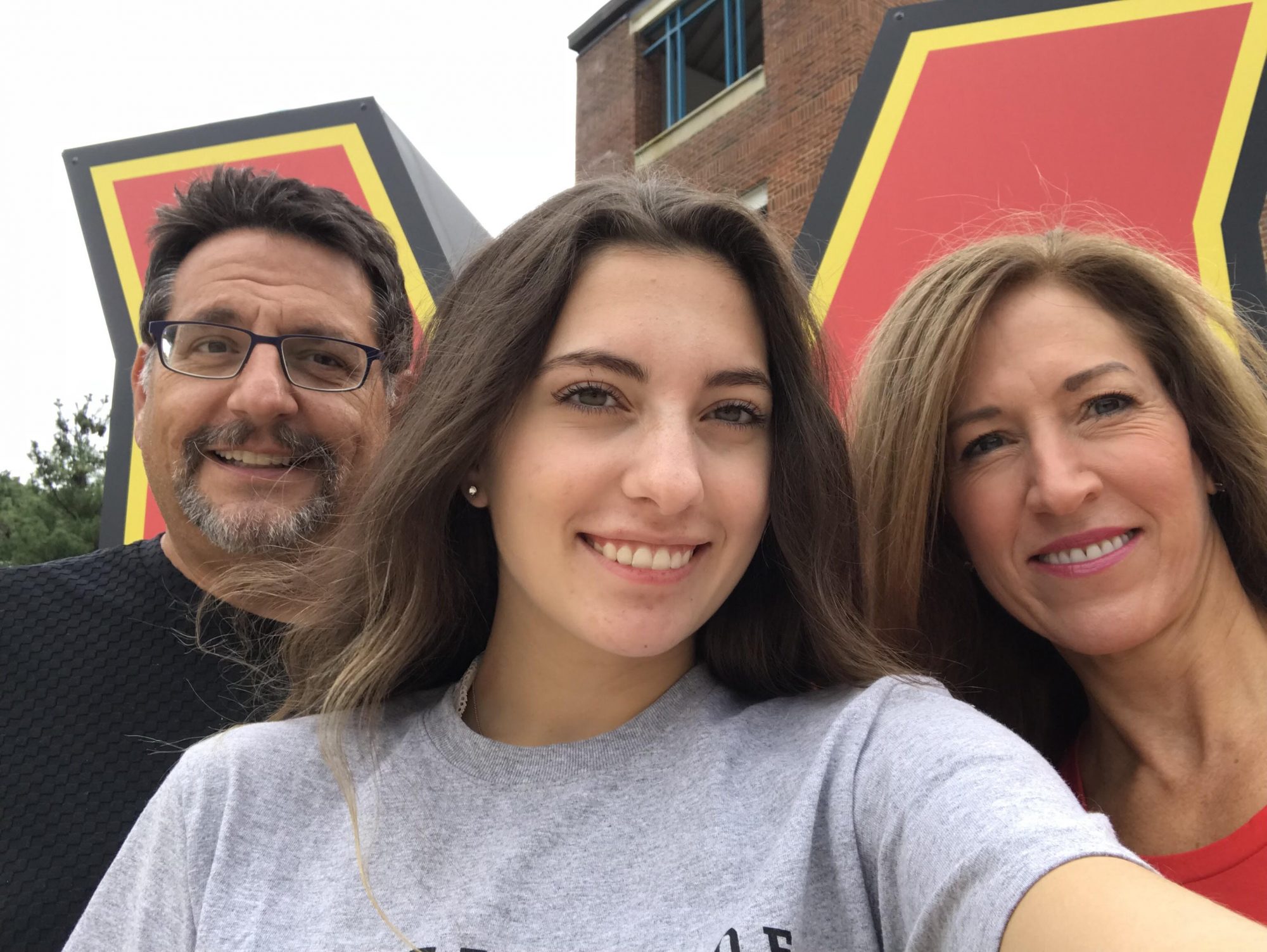 By Nora Eckert and Jillian Atelsek

The father of the University of Maryland student who died during an outbreak of adenovirus on the campus said Wednesday that he wasn’t satisfied with the findings of an independent investigation into the school’s response to the infection.

“It’s not the glowing report that the university makes it out to be,” Ian Paregol told The Diamondback.

Paregol’s daughter, Olivia, died last November from complications of a serious strain of adenovirus, a common illness that doesn’t often prove serious for people with healthy immune systems. Olivia Paregol, though, was taking medicine for Crohn’s disease before she died, which made her more susceptible to illness — and Paregol has long said the university’s lack of communication about the outbreak hindered her treatment.

Paregol said his daughter’s treatment would have been different if the doctors knew she’d been exposed to adenovirus. He didn’t find out the virus was spreading across the campus until he called David McBride, who was acting as the university’s Health Center director, in mid-November, begging for answers as Olivia grew sicker in the intensive care unit of John Hopkins Hospital. Doctors then started treating her with an antiviral drug, but she died five days later.

Gov. Larry Hogan told the University System of Maryland in May to look into the university’s handling of the outbreak. A six-person team interviewed 15 people, including Paregol, and released its findings Wednesday. But for Paregol, the most important question remains unanswered.

“The first question I asked them when I started my interview,” he said, “is why didn’t they contact Olivia or my family and tell us there was an adenovirus outbreak? And that’s still not answered.”

An attorney who worked on the review, Charles Simmons, wrote in an email to The Diamondback that the report doesn’t address why Ian Paregol wasn’t contacted about a campuswide adenovirus outbreak because “a response would require disclosure of information protected by HIPAA and FERPA” — privacy laws that protect health and educational records.

“[A]ll communications by the University, through University Health Center staff, were timely and appropriate and supported by local, state and federal agencies that specialize in infectious disease matters,” Simmons wrote.

In May, the Washington Post reported that officials discussed notifying students with compromised immune systems and those living in Elkton Hall about the outbreak, but decided against it.

At the start of USM’s 141-page report, the independent panel charged with reviewing the university’s actions states that officials “worked tirelessly” to address the crisis, that student health and safety was of “paramount concern” during the response and that “no employee ever intentionally withheld or delayed disclosing pertinent information.”

But whether the delay in communication was “intentional” doesn’t matter, wrote Paregol, who believes withheld information caused his daughter’s death.

The university has repeatedly stated it acted in accordance with the Centers for Disease Control and Prevention guidelines.

“Our campus works tirelessly on behalf of the health and safety of our students, faculty and staff, and we will carefully consider the report’s recommendations,” university President Wallace Loh wrote in a campuswide email. “The panel unanimously found that university employees prioritized student health and safety above all else.”

Though the report largely commended the university’s handling of the outbreak, it outlined ways it could improve its communication for future emergencies.

For example, the Health Center took the lead on the virus, while the Residential Facilities department largely handled mold. The issues could have been tackled as a campuswide problem, the report said, which would’ve “made available additional personnel, talent and resources.”

In a news release, the university said it will “carefully review the recommendations as part of a continuing effort to evaluate current policies and practices.”

“UMD is currently studying ways to implement trainings that build upon existing tabletop exercises and reviewing the role of the safety committees now in place,” the release said.

Paregol also said his conversation with the panel “wasn’t even an interview” — after the experts asked Olivia’s family to make a statement, he said, they only asked him three questions. And they interviewed him last, only a few weeks ago, making him feel like the “report was already done by the time they talked to me.”

Simmons confirmed the panel asked “only a few questions,” but they were “designed to be very broad and open-ended to give Mr. Paregol an opportunity to explain, in detail, his concerns with the way the University handled adenovirus and mold in the fall of 2018.”

“The interview was lengthy and the Panel found the information incredibly useful and helpful in the investigation,” Simmons wrote.