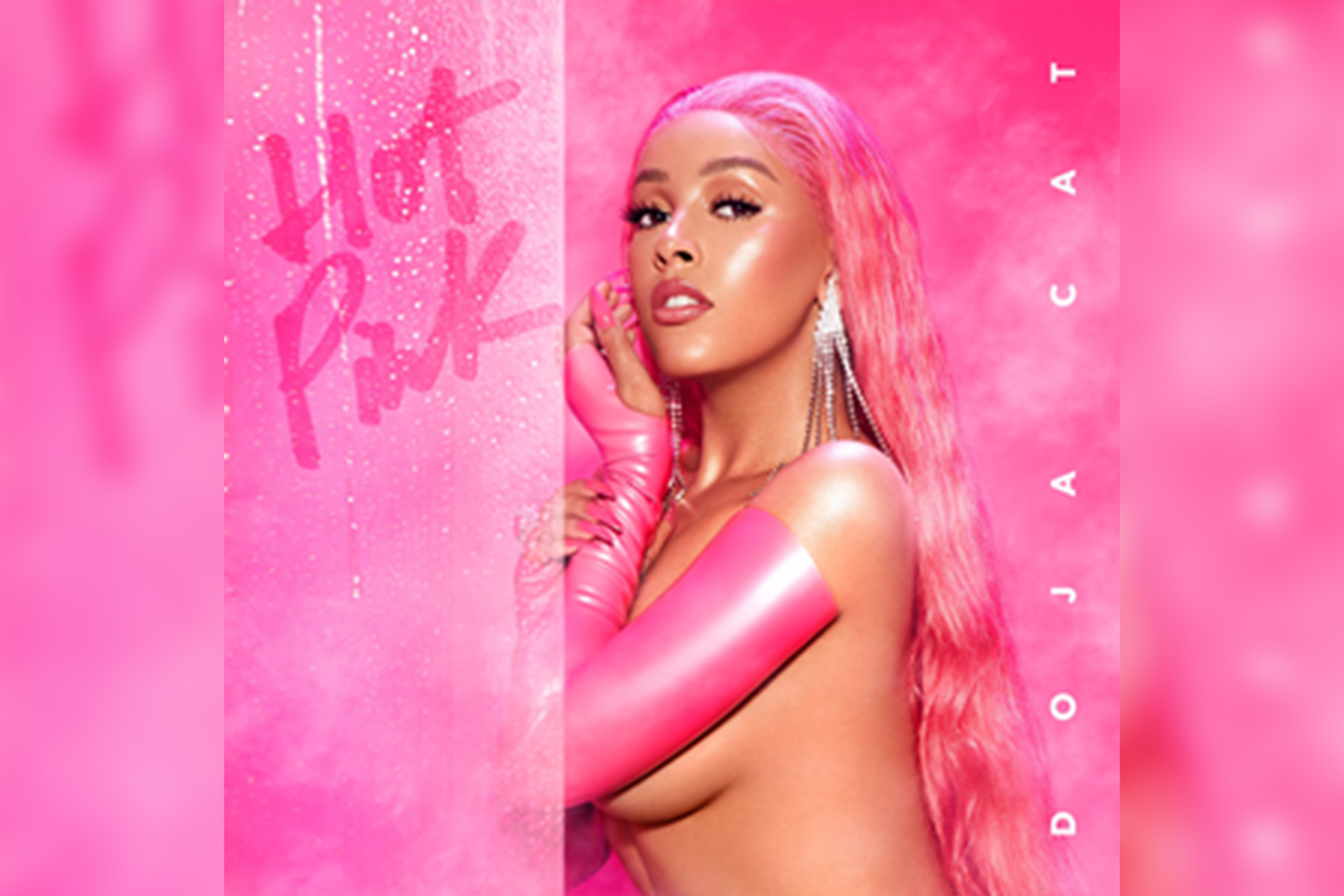 The “rose-colored glasses” metaphor is so worn out because, yeah, we all look like clowns from time to time when we look at things too positively.

But on Doja Cat’s new album, get ready to strap on a pair of Hot Pink bad bitch goggles for a delightful 40-minute adventure into the mind of a fiercely liberated, ferociously lipped rapper.

Hot Pink realistically does not have a single bad song. From start to finish, Doja impresses not only with her cheeky, creative lyricism and her unapologetic, unwavering attitude, but also for her ability to sing a sweet-sounding melody, only to immediately jump into some of the most unforgiving rap we’ve seen in 2019.

Doja’s quirk pops out on tracks such as “Cyber Sex” and “Won’t Bite.” The first is a dirty, digital slower jam, where her high-pitched voice makes for a surprisingly pleasant contrast with her quick-paced spitting. “Won’t Bite,” which features Smino, is an ominously exciting track, where Doja says one non-threatening sweet nothing, but by her sharp, gravelly tone, she might mean just the opposite.

“Rules,” is Doja’s instruction manual on how to be a proper bad bitch. With a video to pair that is definitely not worth missing, the song lets you know from its first line (“Said play with my pussy/ But don’t play with my emotions”) that from the get-go, Miss Doja means nothing but business.

“Like That,” featuring Gucci Mane, is another high-point for Hot Pink. Her lyrics are repetitive in the best way possible, making you want to sing them over and over, and maybe just try to choreograph a late-night voguing performance to it in your kitchen. (Who said that?)

While “Talk Dirty” is also a hard-hitter, this is not a track to play for your parents. Although Doja is no CupcakKe, she gets quite explicit here, it almost makes you want to blush, but then spit the muffled chorus alongside her a second later.

If I had to pick one — okay, fine, two — songs to catch skips, I’d have to go with “Streets” and “Better Than Me.” I’ll admit that I’m often not a fan of slower songs, but these two just don’t generate the same excitement as the rest of the track list because Doja is at her most riveting when she’s unforgivingly rapping the house down.

Closing out the 12-track record is a remix of “Juicy,” which now features Tyga. Honestly, the remix just sounds like a watered-down version of the original, which is probably one of my favorite songs of the year so far. While Tyga’s verse isn’t bad, Doja is just so good, that I only want to listen to her verses here on repeat, uninterrupted.

Overall, on the Jason-Fontelieu-Scale-Of-Screaming-At-How-Iconic-It-Is, Hot Pink is a solid full-volume banshee screech.

While I’ll admit Doja Cat may not be one of the greatest people to ever walk the earth — just look at her defense of past homophobic comments, which she has since apologized for — I don’t quite think she’s reached the point of cancellation.

Doja Cat is yet another sign of the rapidly expanding, evolving world of female rap. Hot Pink sounds unlike any other rap/R&B I can recall, and that should be commended in an ever-crowded music market. If 2019 is the breakout year for black female rappers like Lizzo and Megan Thee Stallion, maybe Doja is next.