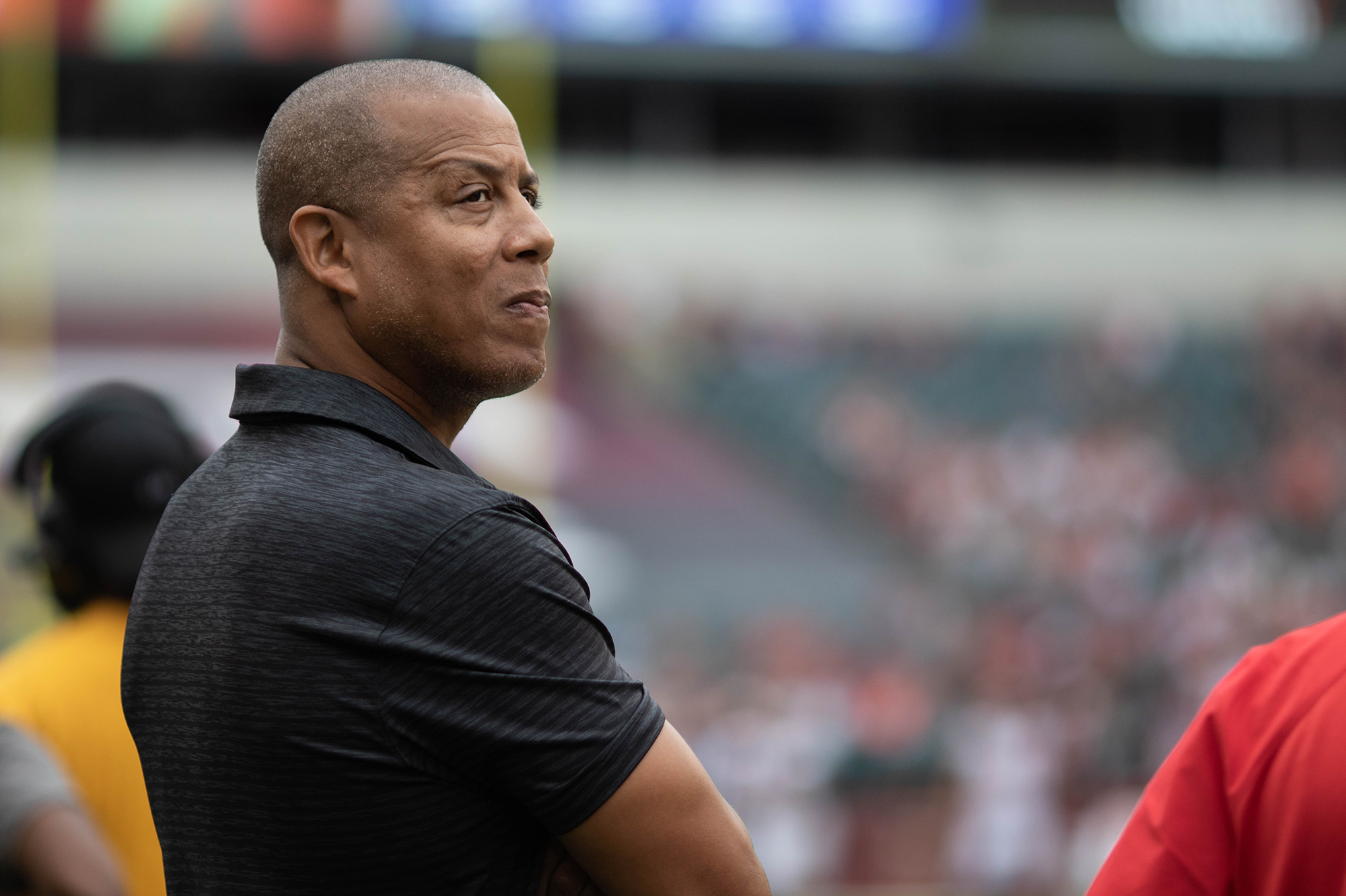 Speaking at the SGA’s general body meeting Wednesday night, Maryland athletic director Damon Evans offered his view on California’s name, image and likeness bill that would allow college athletes in that state to receive endorsement deals and to be paid beginning in 2023.

While Evans said he doesn’t “believe in pay-for-play,” he expressed his openness for athletes to receive endorsements deals so long as it’s not the university paying them.

“I believe that the opportunity to attend a first-rate institution like the University of Maryland and to earn a degree, and earning the power of that degree over a lifetime, is exceptional,” Evans said. “But I do believe this, that a student-athlete should have the right to utilize his or her name, image or likeness and be fairly compensated for it.”

Evans listed off a series of possibilities for players to receive pay, such as signing autographs at a business, becoming a social media influencer or appearing in a commercial.

“Why shouldn’t we allow them to do that?” Evans said.

[Read more: “A plus for the game”: Maryland football coach Mike Locksley weighs in on California bill]

In October, football coach Mike Locksley said California’s bill, which would also allow athletes to hire agents, would be “a plus for the game.” And on Oct. 29, the NCAA — an organization that had long maintained scholarships for players was suitable compensation — took the first steps toward allowing athletes to make money off their name, image and likeness.

NCAA’s top governing board voted unanimously to proceed with deliberation over how to enact rules for name, image and likeness profitability despite sending a letter to California Gov. Gavin Newsom on Sept. 11 that read the bill “would wipe out the distinction between college and professional athletics and eliminate the element of fairness that supports all of college sports.”

It’s still a long way off. The NCAA’s three divisions will work to create new rules, starting no later than January 2021. Considerations would require athletes to be treated similarly to non-athletes, ensuring there’s still a clear distinction between college athletes and professional ones, and maintaining “the priorities of education,” the association wrote in a release on Oct. 29.

“We must embrace change to provide the best possible experience for college athletes,” said Michael Drake in that release, the board’s chair and Ohio State’s president. “Additional flexibility in this area can and must continue to support college sports as a part of higher education.”

Offensive lineman Ellis McKennie said Oct. 29 that the steps taken toward payment to college players are an exciting development.

“It’s really exciting for future players to have the opportunity to make money off themselves, which seems like that makes sense,” McKennie said. “I’m interested to see how each division applies rules to see how it’s regulated, but it’s an exciting step in the right direction.”

Universities have made players pay the price for profiting off their image. In 2017, former UCF kicker Donald De La Haye lost his scholarship and NCAA eligibility for not changing how he made money off his YouTube channel. And a year later, more than a dozen North Carolina football players sold team-issued shoes, prompting suspensions.

“If someone in the marching band wanted to go make a mixtape of them playing the trumpet, they could go do it and make money easily,” McKennie said. “It doesn’t make any sense that we can’t do the same type of thing. So it was honestly a common sense decision, I think.”

At the Student Government Association’s meeting Wednesday, Evans made clear that schools shouldn’t assist players in finding companies to endorse them. That way, he said, schools won’t be able to push endorsement deals in recruiting pitches.

“Set the parameters up to say to the student-athlete, ‘You can go out and utilize your name, image and likeness,’” Evans said. “However, the institution can’t help you with that — these are just ideas that I have — you have to report the income that you earn so that we know it’s fair market value, we need to know if a donor or booster is who you’re doing this with.”

Evans said universities would educate athletes on the possible pitfalls that could come with endorsement deals and agents, but he sees the opportunity for players to make money off their likeness as a step forward for college athletics and its players.

“The role of intercollegiate athletics is changing,” Evans said. “It is a new day and age. We have to be adaptable, and we have to listen to the student-athletes and we have to stop trying to hold them back.”