The convenience of services like Instacart are based on exploitation 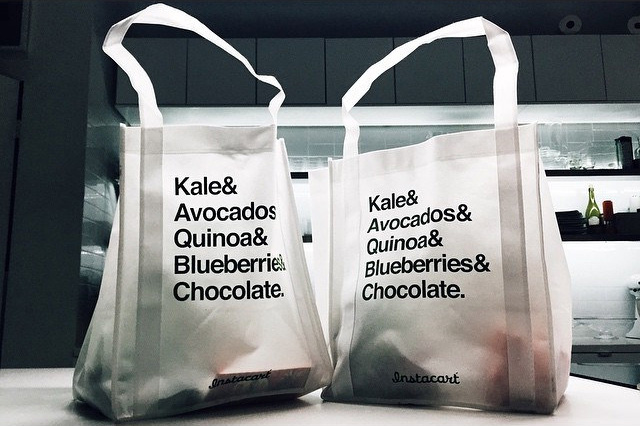 It’s a snowy day in College Park. You could brave the weather to get groceries, but as a student, you had a busy week, and it’s finals season, so work is seemingly endless. To give yourself a break, you order groceries through an app, knowing you can pick out everything you need and run downstairs in a couple of hours to pick it up from the delivery driver. Just like that, your grocery shopping is done. It seems inexpensive and super convenient, until you realize the real cost: the time a driver spent braving the weather and the roads only to be paid, at minimum, a measly $7 an hour.

Or you decide to get an Uber to the grocery store, and the driver taking you there can’t afford food for themselves because they’re making as little as $3.75 an hour. The gig economy is brutal and dehumanizing, and it must change.

Instacart, a grocery delivery service that employs “shoppers” to pick up your hand-picked groceries and bring them to your door, is the latest company exposed for exploitative labor practices at the expense of gig workers. Shoppers spoke out this month about the problems they faced, including company-pocketed service fees and a low 5 percent default tip on the app on top of an extremely low minimum wage, causing full-time workers to make as little as a few hundred dollars a week.

Workers organized a strike, made demands to their employer and wrote an article sharing their experiences. Instacart retaliated by flagging the article to be taken down and cutting employee bonuses.

Amazon uses similar tactics to increase efficiency, leading to the affordability and convenience we all enjoy. Though warehouse workers are not contracted workers — despite still signing a non-compete agreement — they face their own share of abuses, from receiving low pay to being overworked without breaks.

Flex delivery workers, however, are members of the gig economy and face inconsistent pay, with Amazon refusing to protect them against parking ticket fees or accidents and creating a competitive work environment that pits drivers against each other. These workers are afraid to speak out, but have called for changes to conditions, with one worker likening it to treatment of “animals or robots.”

Asking people to stop using these services altogether is hard. Many concerned people looking to switch delivery service providers took to Twitter for recommendations, as grocery delivery makes life much easier for those who aren’t mobile enough to go to the store due to a disability or other personal reasons. I have gone through similar guilt each semester, not wanting to contribute to the exploitation of Amazon workers but needing to find the most affordable textbooks available as a student with a long list of other expenses. This isn’t to say you shouldn’t boycott when workers go on strike like Instacart workers did earlier this month and Uber workers did earlier this year. But for the rest of the year, how do we reckon with our dependence on these companies that bring convenience and affordability to our busy lives?

The real villains of this story are not college students taking Ubers and ordering groceries. It’s the companies turning a profit by exploiting workers and skirting labor laws. Companies like Uber, Lyft and TaskRabbit pull employees in by offering them the chance to be their own boss, then classify them as “independent contractors,” absolving companies of legal responsibility to provide workers with benefits, overtime or minimum wages, and denying them the right to form labor unions and negotiate contracts.

Workers bearing the costs but not receiving the profits is the real way these companies make their money; and these companies are certainly making money. Uber is reportedly worth between $80 billion and $90 billion, Instacart is worth nearly $8 billion, and Jeff Bezos, the owner of Amazon, is the richest person in the world.

The only way to change the way these employees are treated and compensated for their work is to hold companies accountable for the fair payment of workers. Laws must be passed to stop companies from avoiding existing labor laws by classifying their employees as independent contractors. Employees need to be able to organize with fellow gig workers and negotiate better conditions by unionizing. And until they do, these companies will continue taking advantage of their employees, as it keeps them competitive and helps them get rich. As college students, we benefit from the convenience of services like ridesharing and food delivery — but it comes at a cost beyond the obvious price tag.

Defending DC from attacks is a Band-Aid solution to extremism

UMD implemented pass/fail to save face, not to save students