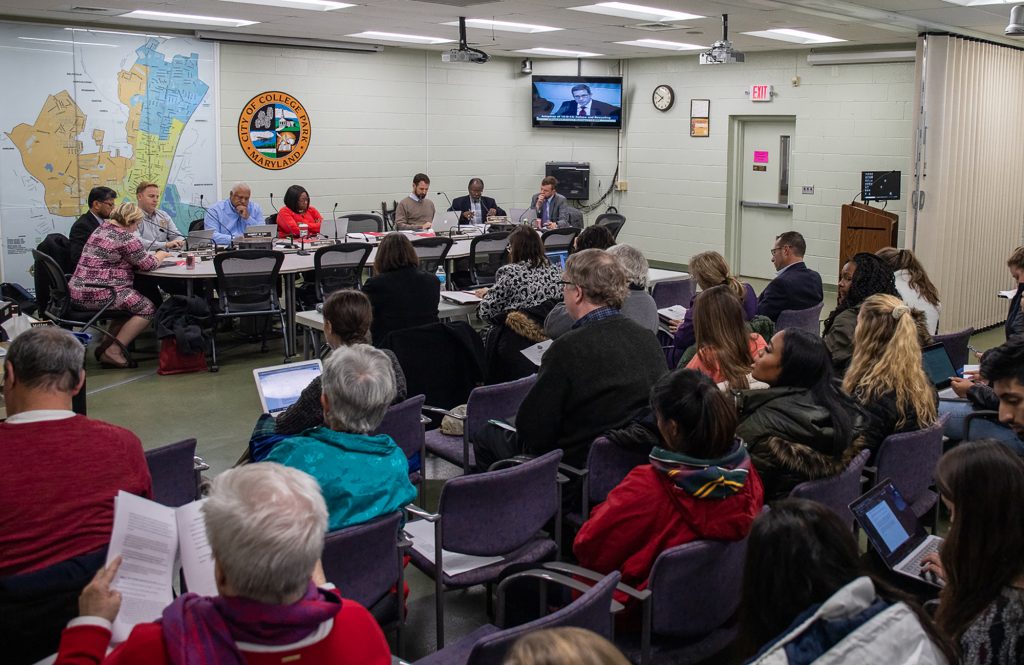 The College Park City Council granted $40,000 to nine public schools in and around the city during a meeting on Tuesday night.

Carolyn Bernache, who worked in the Prince George’s County school system for 40 years and currently chairs the city’s Educational Advisory Committee, thanked the mayor and council for their contributions.

“We get a lot of feedback from our school about how useful and supportive these grants are,” Bernache said.

Since 2008, the city has given several grants to schools that teach children who live in College Park neighborhoods, according to meeting materials. Bernache said schools such as Paint Branch Elementary, Greenbelt Middle School and Hollywood Elementary have all benefited greatly from previous city grants.

In the past, Bernache said, schools have used the money from the city to fund after-school activities, field trips, literacy and math programs and Extended Learning Opportunities — learning experiences that take place outside of traditional classroom settings.

[Read more: College Park’s City Hall renovation could have a water feature worth over $200,000]

“This is a way to have students have real world experiences that connect to the classroom,” Bernache said.

While the county supports these learning opportunities for elementary schools, middle and high schools aren’t given the same county funding, Bernache said, which is where the city’s grants come into play.

This year, the council passed a motion granting $8,000 to some schools, including Hollywood Elementary and Paint Branch Elementary; $2,750 to schools such as Berwyn Heights Elementary and Cherokee Lane Elementary; and $2,250 to College Park Academy — a charter middle and high school located in Riverdale Park.

While two members abstained from voting on the grants, many of the council members said they supported the measure.

District 3 council member John Rigg said he has children in two of the schools mentioned as grant recipients, and he thinks supporting local schools is one thing the city does that is “really meaningful.”

“Small amounts of money can really go a long way,” Rigg said. “So thank you for that and thank you to my colleagues for continuing to really prioritize this program.”

District 1 council member Fazlul Kabir echoed Rigg, saying he supports granting money to the schools. But he said the council shouldn’t stop at granting money. Instead, they should continue to move forward by encouraging neighboring municipalities to follow College Park’s lead.

“I’m not criticizing anyone,” Kabir said. “I think we should be coming from an encouraging perspective.”