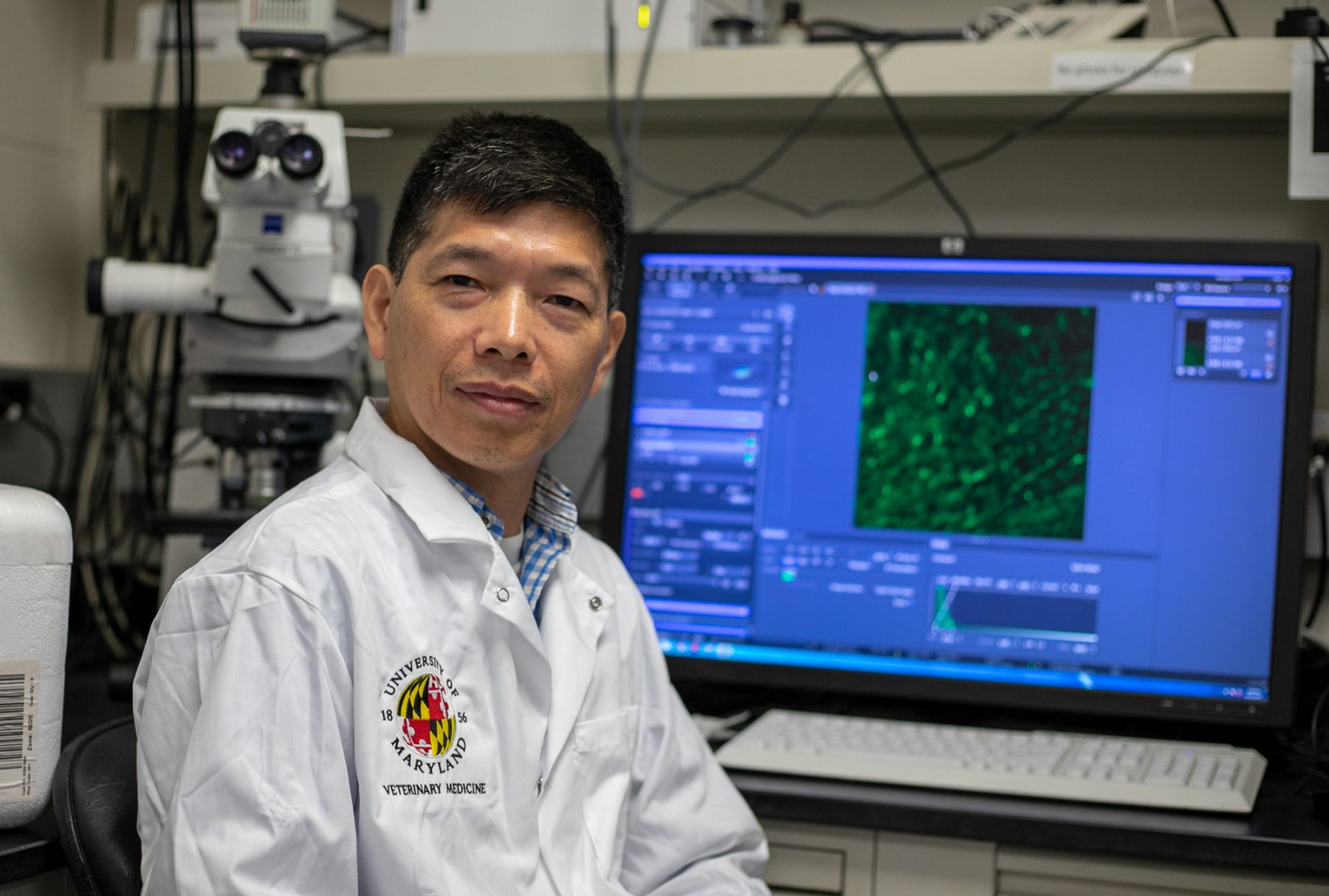 Meiqing Shi motioned toward the window of his first floor office, pointing to the trees and plants outside of the University of Maryland’s veterinary medicine center. Fungi, he said, is all around out there.

“In the dirt here, in the park,” the veterinary medicine professor said. “[It’s] everywhere.”

For many, fungus isn’t dangerous — the immune system can kill it or it might just “sleep” in the lungs. But for those with a compromised immune system, such as the elderly or people with HIV, fungus introduced to the body can cause an infection and potentially be fatal.

Shi is part of a team at this university that discovered a mechanism in the liver that can inhibit the spread of fungi in the bloodstream. They uncovered that cells in the liver, called Kupffer Cells, can engulf the fungal cells and filter it from the bloodstream.

The liver is already known to be an organ that supports digestion and metabolism, said Donglei Sun, the first author on the paper, which was published last month. But scientists in his field are also beginning to recognize the organ’s importance to the immune system.

Past research suggested the liver can filter bacteria and viruses, Sun said. But the team’s recent discovery proves that the liver can also engulf fungi.

“Whether it’s coming from the lung and disseminating into the blood or if it’s systemic and just already in the blood, the ability for the liver to kind of clear everything is just really important,” said Ashley Strickland, a doctoral student and member of the research team.

Sun said that the use of intravital microscopy was key to identifying this liver capability. Rather than using a static slide, this tool allows scientists to see the cells in motion, using a window implanted in the live animal to image it in real time.

The researchers were able to watch cell activity in a live mouse that they put to sleep. A supplementary video attached to the research paper showed that the Kupffer Cells captured most fungal cells.

Similar experiments might be conducted in-vitro — in a culture dish or test tube — which can be somewhat artificial, Strickland said. Intravital microscopy, though, offers something more realistic, she said.

“You don’t really get to see the dynamic and the kinetics and how it really is,” Strickland said. “You can theorize and you can interpret but you don’t actually know.”

Strickland observes the effects of fungal infections in mice. When they’re infected, their brains become dome-like because of all of the inflammation, she said

Cryptococcus neoformans, one of the fungi the team researched, targets the brain, she said. And once it makes its way there, it can spread quickly.

“That inflammation is just not good for the brain as an organ,” she said. “If it’s not treated, it’s I think 100 percent fatal.”

Now that the team has discovered the liver’s ability to fight fungal infections, Shi said the next step is figuring out how to harness that power to help protect people who are at risk and have weakened immune systems.

“We know that there’s a mechanism there,” Shi said. “How can we take advantage [and] use the  mechanism for defense?”