Despite efforts to make voting easier, turnout in College Park elections dropped from 2017 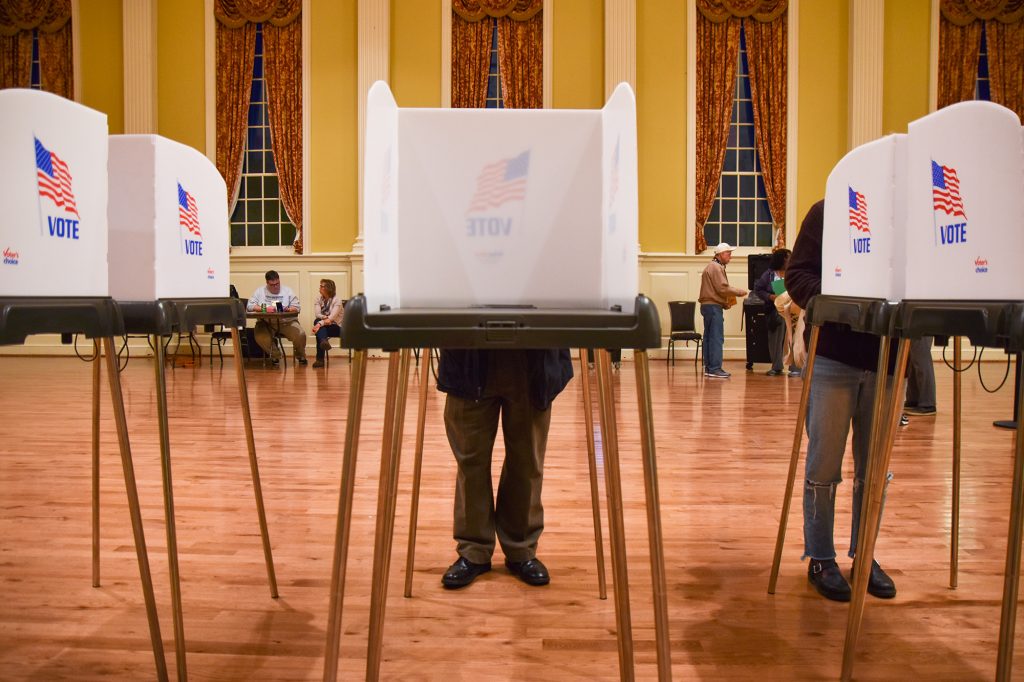 Despite recent measures passed to make it easier to vote in College Park city elections, voter turnout decreased from the previous mayoral and city council elections, according to a news release the city published Thursday.

Of nearly 17,000 registered voters in the city, only 2,092 cast ballots in Tuesday’s elections — a drop of nearly two percentage points from the 2017 election.

In 2017, 14.5 percent of registered voters turned out to vote, compared to this year’s 12.5 percent. This year, however, marked the first time that residents could vote early or on the University of Maryland’s campus for city elections.

Most voters cast their ballots at Davis Hall, with a total of 1153 ballots, followed by Ritchie Coliseum with 446 and Stamp Student Union with 143.

Mayor Patrick Wojahn — who was reelected for a third term on Tuesday, along with all of the council’s incumbents — attributed the lower turnout to several factors, including a thinner field of candidates.

The 2017 election marked the second time in more than 20 years that the mayoral race and all four district races were contested. And with four candidates, the mayoral election was the most competitive in the city’s history. This year, only three candidates ran for mayor and the race for District 1 was uncontested.

Wojahn also said the city council debated more hot-button issues in 2017, including a proposal to allow people who are not U.S. citizens to vote in municipal elections. The measure failed to garner enough votes to be adopted.

“I think people get engaged more when they’re concerned about where the city is going,” he said.

Still, Wojahn said, he would have liked to see more people come out to vote. For the 2021 elections, he said he wants the city to “take a look at” implementing same-day voter registrations and possibly extending the period for early voting. This year, early voting was only open on Oct. 27 from 10 a.m. to 6 p.m.

Another option would be expanding the pool of potential voters, District 1 Councilwoman Kate Kennedy said. She wants College Park residents to consider lowering the minimum voting age for city elections to 16. When teenagers get “excited and engaged in voting” they often end up bringing their parents along with them, Kennedy said, and are likely to continue voting as they grow older.

“If you can get 16-year-olds voting in their hometown before they go off to college, they’re more likely to vote when they’re at college,” she said.

The City of Takoma Park lowered its voting age to 16 in 2013. In the three city elections that have taken place since, the turnout rate for 16- and 17-year-olds has been much higher than the overall resident turnout rate. In 2017, the youth turnout was 48 percent, which more than doubled voter turnout overall.

Dan Alpert — the City Council liaison for this university’s Student Government Association — wasn’t too discouraged by this year’s election turnout, though. He said the turnout for 2017 was more of an “anomaly” in the city’s recent history, something he also attributed to that year’s crowded field of candidates.