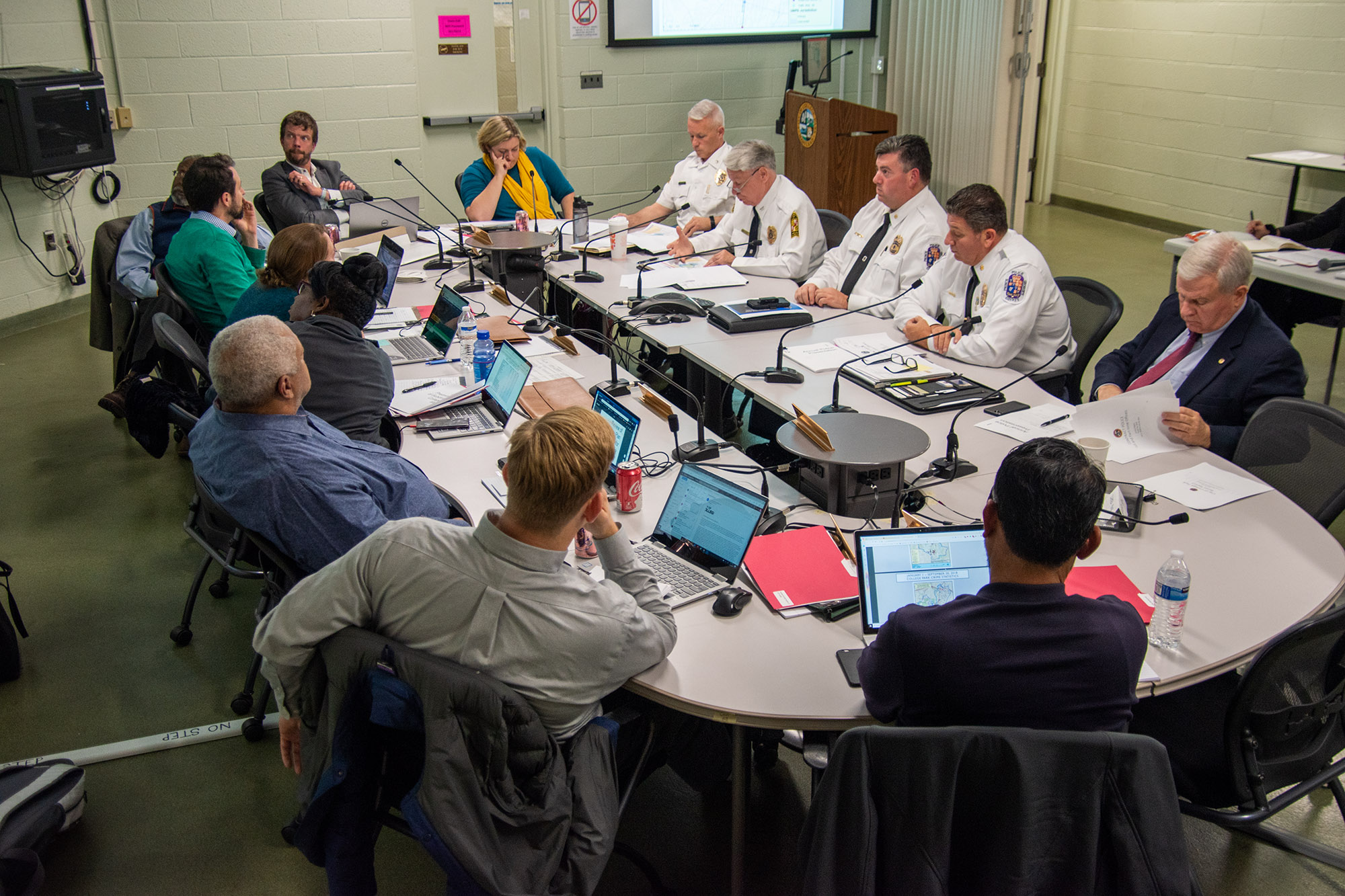 The College Park City Council discussed plans Wednesday for the potential construction of a new hotel near the city’s Metro station.

Miriam Bader, a senior planner for the city, proposed preliminary plans for a Marriott Residence Inn with 165 hotel rooms, 8,000 square feet of retail space and surface parking at the northwest corner of Campus and Corporal Frank Scott drives.

Under the proposal, the developer, Republic Properties, would consolidate 54 lots and a vacant section of Knox Road into a roughly 2-acre parcel of land for construction. Currently, the site — which is owned by Prince George’s County — is serving as a parking lot.

Plans for the hotel have been in the works for more than two years, Mayor Patrick Wojahn said. He said construction will probably begin in a year, depending on the speed of the approval process.

Wojahn said he supports the project due to its “transit-oriented development.”

“It’ll be right by the Purple Line, right by the College Park Metro Station,” he said. “It will help bring more people into an area and retail to an area that needs it.”

The Purple Line — a light rail system set to connect College Park to Bethesda and other neighborhoods surrounding Washington, D.C. — has been under construction at the campus since 2018.

District 1 Councilman Fazlul Kabir brought up concerns about the height of the hotel due to its proximity to the College Park Airport.

The developers assured the council that the building’s proposed six stories, which they said would stand at a total of 85 feet, would be in accordance with federal aviation requirements. City staff still requested the developers complete a “viewshed study” — an analysis that shows what is visible from a specific location — to determine how much of the hotel would be seen from the airport, which is a designated historic site.

Bader said she hopes hotel’s location could be an asset, saying she wants the nearby College Park Aviation Museum to serve “as the cultural anchor” for the area.

District 3 Councilman John Rigg expressed concern about stormwater management and the site’s location in a floodplain. The developers would be required to elevate the building above the floodplain if the project is approved.

Despite their concerns, members of the council were supportive. Councilman Robert Day of District 3 was especially excited for the growth the prospective hotel would bring to the area.

“To see a Marriot coming at that location is going to be huge for bringing people in,” Day said. “Retail that will be there will be something that will be used by the neighbors, by the office buildings right there in River Road.”

In 2016, the council granted permission to Gilbane Development Company to construct an apartment complex near the Metro. The site is planned to have more than 450 units and offer about 12,000 feet of retail space, and it’s set to begin construction before the end of this year.

The council refers to the area as the “Transit District” — and it’s working to “capitalize on the transit network, recreational amenities, and historic setting” the region offers, city staff wrote in the agenda for Wednesday’s meeting.

In addition to its recommendation of a viewshed study, the city requested the developers invest in a public art feature to accompany the hotel. The city would match up to $15,000 in funding for that feature.

Final approval for the hotel rests with the county, not the council, but Wojahn said he’s optimistic about the possibility of construction.

“This is an exciting project,” he said.

CORRECTION: Due to a reporting error, a previous version of this story incorrectly stated that Miriam Bader is a planner for New County Hotel, LLC. She is a planner for the city of College Park. This story has been updated.