Maryland volleyball can’t get anything going against No. 4 Wisconsin, losing 3-0 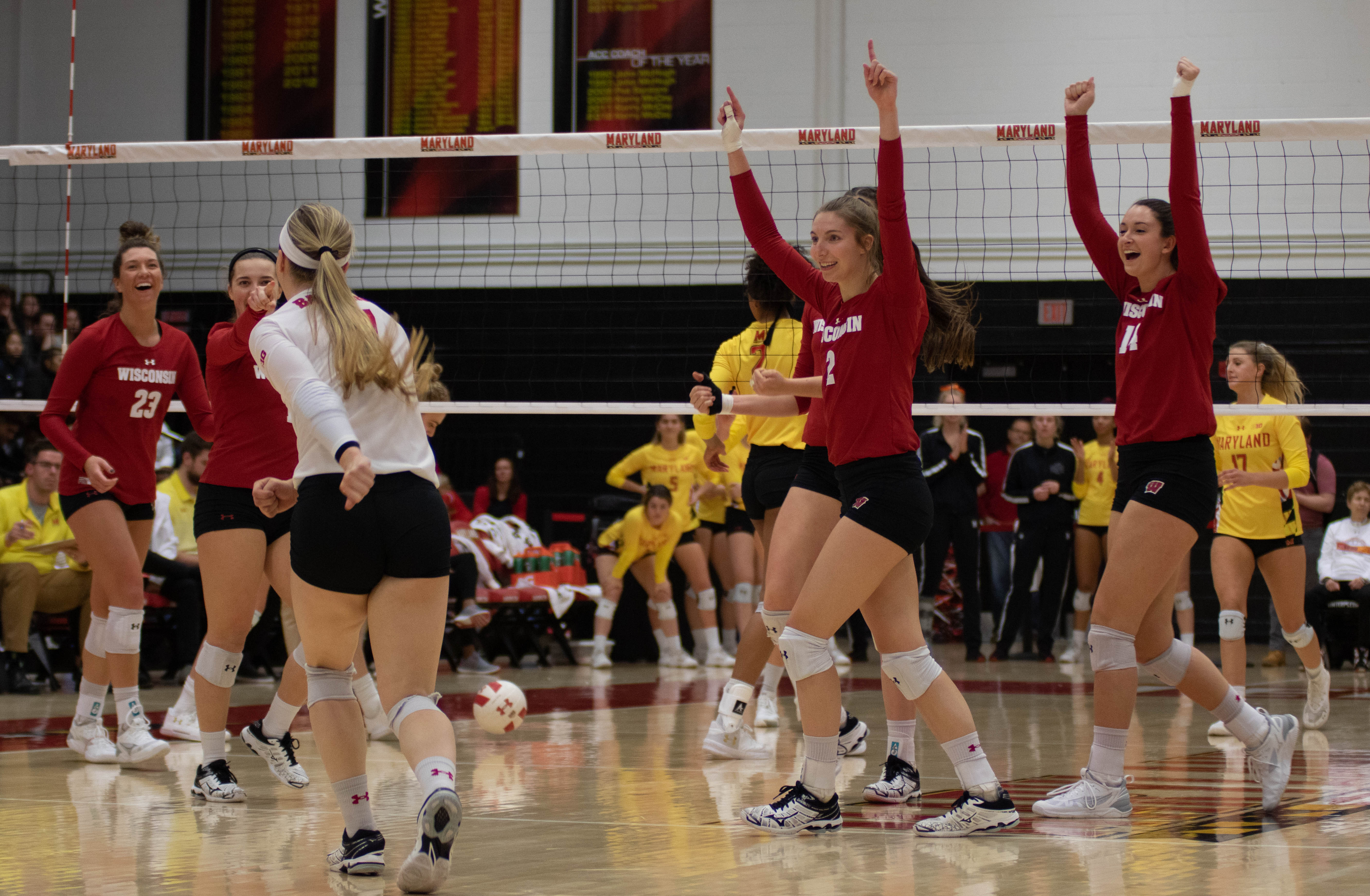 Wisconsin celebrates a point against Maryland volleyball in its straight-sets win on Nov. 9, 2019. (Julia Nikhinson/The Diamondback)

On three straight plays, Wisconsin middle blocker Dana Rettke and outside hitter Madison Duello rose up on the right side to reject kill attempts from Maryland volleyball.

The three straight blocks against outside hitter Erika Pritchard and middle blocker Rainelle Jones by the Badgers put coach Adam Hughes’ squad down 6-1 in the third set, and Hughes had to use his first timeout of the set.

Playing without middle blocker Katie Myers and setter Nicole Alford for the second straight match, Maryland was overwhelmed by Wisconsin’s defense once again. The Terps were defeated in straight sets for the fifth straight match (18-25, 13-25, 13-25).

“I was very disappointed in our performance tonight,” Hughes said. “Even with a depleted starting rotation, this match was not up to our expectations or standards.”

Even without her two co-captains, outside hitter Erika Pritchard played like a leader early on against the Badgers. Pritchard recorded a kill on three of Maryland’s first six points. The Wisconsin defense was able to adjust to Pritchard’s game, though, and held her to two more kills for the rest of the set.

But after Maryland led 14-12 in the first set, Wisconsin went on the attack — and continued to do so for the rest of the match. The Badgers finished the set on a 13-4 run, winning 25-18.

“I feel like we have trouble starting and finishing games,” libero Allegra Rivas said. “We try to manage our errors, but we get too focused on minimizing them that it just maximizes them.”

But the second set was all about the Rettke, who tallied six kills and was hitting .375 by the end of the set. Wisconsin won set two in dominant fashion, 25-13.

Set three was more of the same from the Badgers. They jumped out to a 10-4 lead and never looked back, winning their second straight set by 12 points.

Battling injuries, Maryland has now lost five matches in a row. The Terps will look to get back on track next weekend as they travel to Indiana and Purdue.

“It’s a tough conference, and you have to be short-minded,” Hughes said. “I told the team that I’ll know how serious they are by having a great practice on Monday afternoon.”