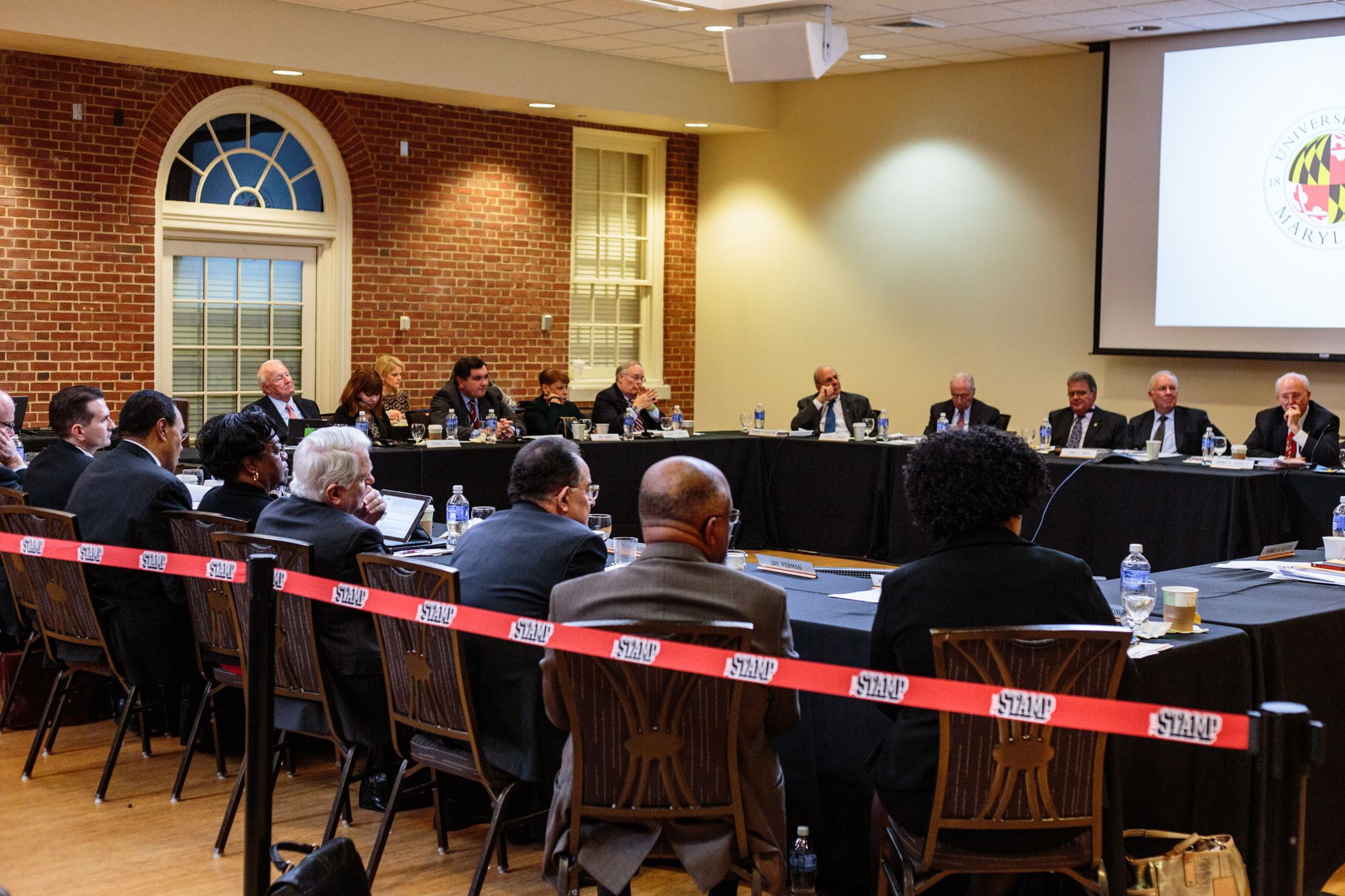 “We were looking for a nationally recognized leader—ideally someone who had run a large and complex institution, an innovator committed to economic growth and development—but above all a person with a passion for education and committed to shared governance, transparency, and diversity,” she said in a statement. “Jay Perman embodies these attributes.”

Following a year of heated backlash over the Board of Regents’ actions in the wake of University of Maryland football player Jordan McNair’s death, chancellor Robert Caret announced in May he would step down from his position in June 2020 at the conclusion of his contract.

The board could have extended Caret’s five-year contract, but Caret informed them of his decision to step down before they had the opportunity to decide, a university system spokesperson told The Diamondback in May.

McNair succumbed to heatstroke after a workout last year. Months later, an investigation into his death found that the university’s trainers had failed to identify his condition and treat him properly.

However, the regents recommended that the university retain them — along with football coach DJ Durkin and athletic director Damon Evans — even though another investigation had found them partially to blame for widespread abuse that proliferated in the school’s football program.

University President Wallace Loh fired Durkin regardless, after announcing his plans to retire. Reports later surfaced that the board had told Loh they’d fire him if he didn’t retain Durkin.

In the press release, Perman said he was “deeply humbled to be called to this responsibility.”

Perman, a pediatric gastroenterologist, has served as UMB’s president since 2010. He’s worked with Loh to lead the University of Maryland Strategic Partnership’s “MPowering the State” initiative, which leverages the two institutions to advance research, strengthen innovation and create opportunities for students at both schools.

In the past, Perman has also chaired UMB’s Department of Pediatrics and served as dean and vice president for clinical affairs at the University of Kentucky’s College of Medicine.

“It will be a privilege to work as chancellor with our outstanding USM institutions to ensure that Marylanders—today and tomorrow—have the opportunities I was so fortunate to be given in gaining a higher education,” he said in the release.