USM Chancellor Robert Caret to step down next June 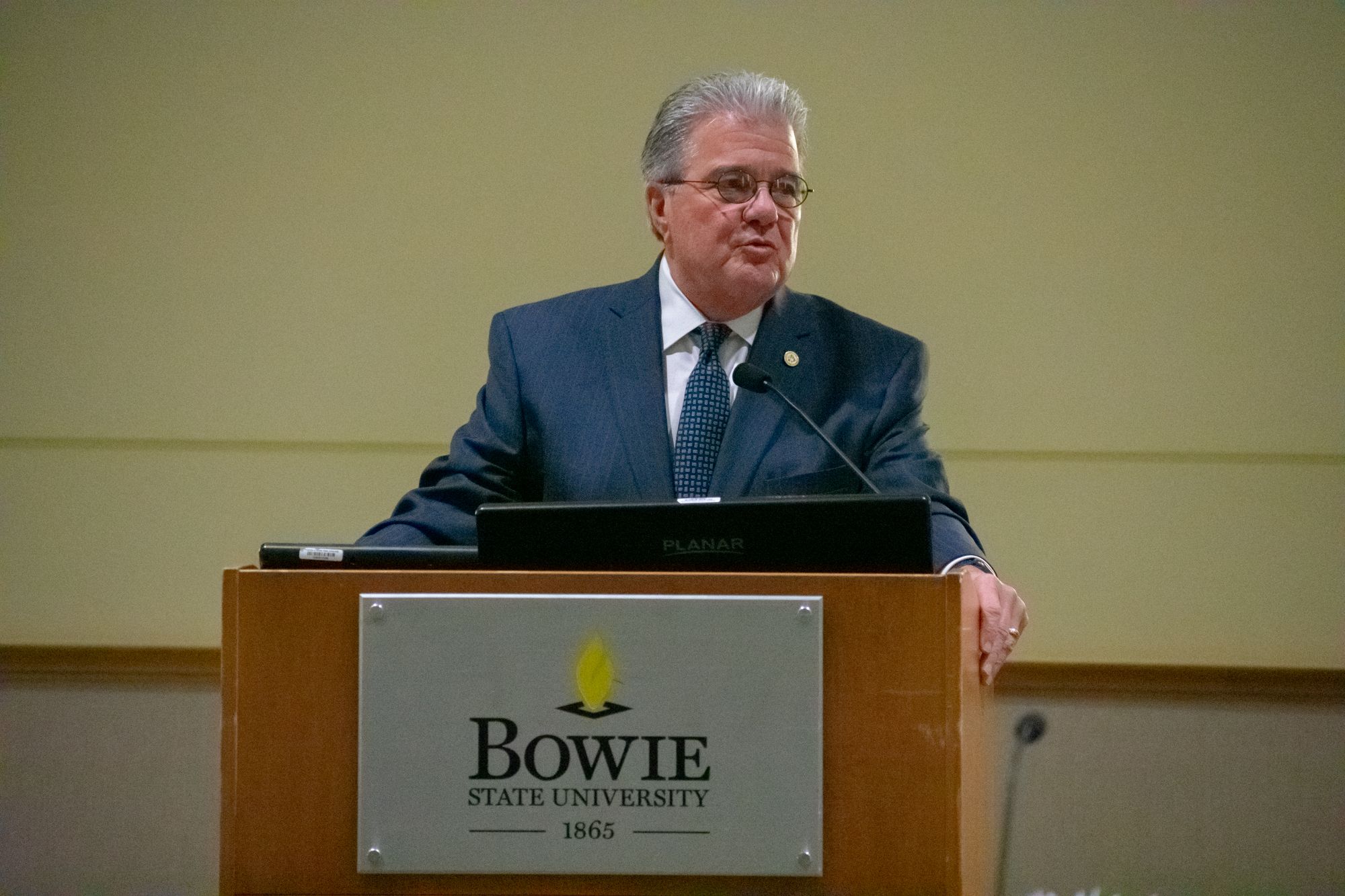 Robert Caret at a Regents meeting at Bowie State on February 22, 2019. (Elliot Scarangello / The Diamondback)

University System of Maryland Chancellor Robert Caret announced Thursday he will step down at the conclusion of his contract in June 2020.

Caret’s announcement follows a clear message of discontent from legislators — who docked the equivalent of Caret’s over $640,000 salary from the university system’s budget in March — regarding his conduct in the aftermath of Jordan McNair’s death, a Maryland football player who died after suffering heatstroke during a team workout last year.

“Returning to the state where my career in public higher education began was a dream come true, but now is the time for me to move on and explore other professional options,” Caret said in a university system news release.

The system’s Board of Regents had the option to extend his five-year contract, which began in 2015 and set to end in 2020, and would have had to inform Caret a year before its expiration. But Caret informed them of his decision to step down before they had the opportunity to extend or not extend his contract, said Paul Stackpole, a university system spokesperson.

The Daily Record reported that “multiple sources” confirmed board chairwoman Linda Gooden and Regent Robert Neall had assured “several top state lawmakers” the regents would not approve an extension of Caret’s tenure.

“During Chancellor Caret’s tenure, the system has built upon its role as an economic engine and economic catalyst for the state,” Gooden said in the release.

But even before McNair’s death last June, Caret had faced criticism for his actions. In 2017, he sent an email to three university presidents promoting Pandora bracelets, a move that the Baltimore Sun reported prompted ethical queries.

The board will put out details about the search for Caret’s replacement at a later date, the release read.