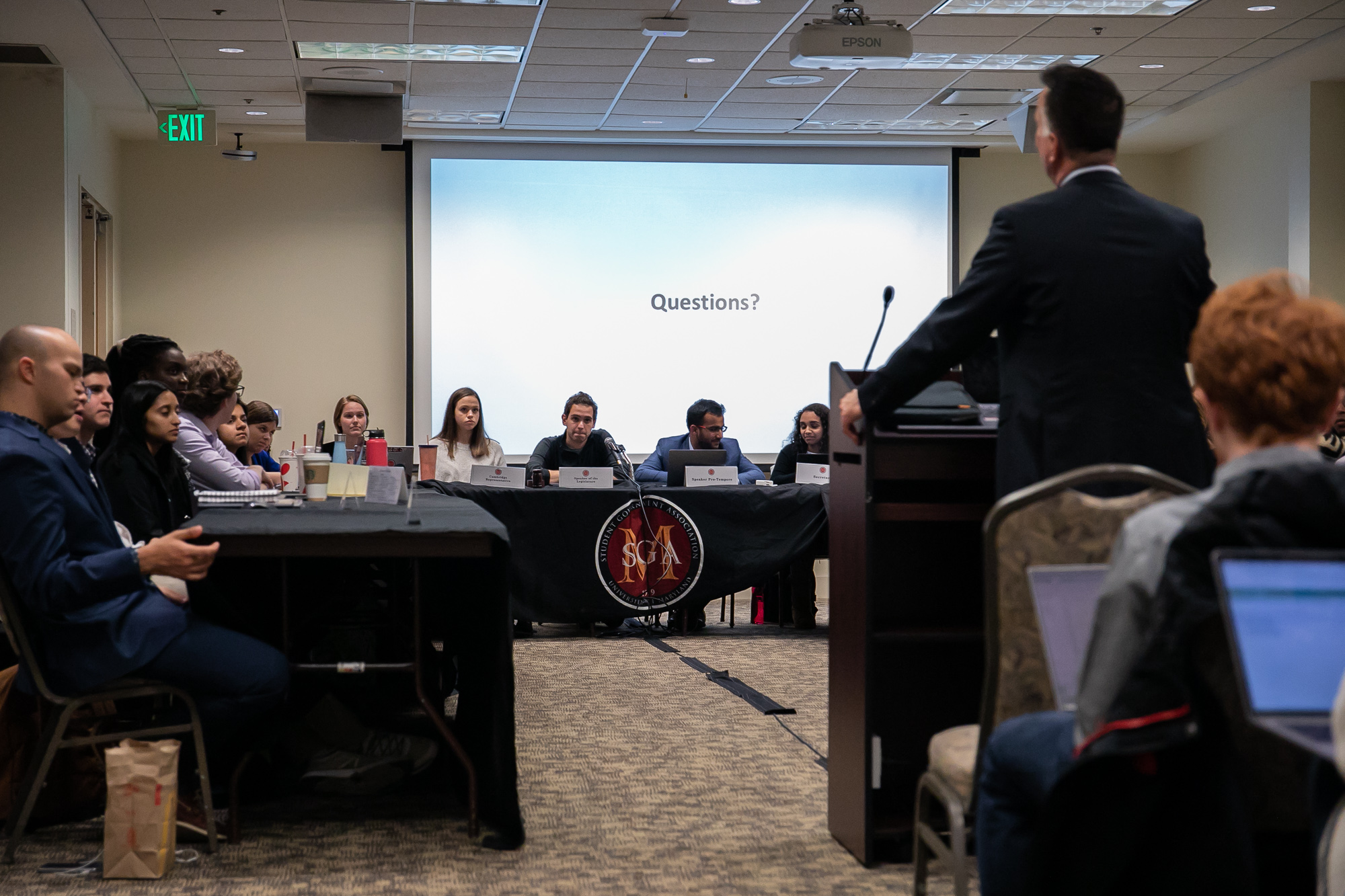 The University of Maryland’s SGA voted Wednesday to formalize its support for the creation of a permanent undocumented student coordinator position.

The bill received a vote of 29-0 with four abstentions.

“Our overall immigration system affects members of the University of Maryland community,” Paula Molina Acosta, president of Political Latinxs United for Movement and Action in Society, told the SGA before the vote. “Factors such as financial security, academic uncertainty, and mental health — these are some of the many issues the undocumented student coordinator has helped address and advocate for.”

Laura Bohorquez Garcia has been in the role since 2017, but her position is currently under a contract that requires annual renewal. And though the SGA voted in March to support the position being made permanent, the body’s bills also need to be renewed each year.

It’s ultimately up to the university to decide whether the position will be terminated or extended permanently before the June 2020 deadline. In September, Stamp director Marsha Guenzler-Stevens told The Diamondback that administrators expect to reach a decision regarding position’s status in the coming months.

As a part of the new resolution, the SGA plans to meet with several administration members, including the interim student affairs vice president and the diversity and inclusion vice president, to ensure that the undocumented student coordinator position is made permanent prior to the deadline.

Alexandra Melinchok, the bill’s sponsor, said she wants to continue efforts not only to make the role permanent, but also to elevate it to a director position. She said she was happy activist groups such as PLUMAS came to the SGA to advocate for the issue.

“The bill was not something that started in SGA, but started from students,” she said. “Students are at the center of this discussion about this position, because that’s who the position is created for.”

Acosta said she’s worked extensively to advocate for the importance of the position and the impact it has on the university’s undocumented community. At a meeting in October, PLUMAS members participated in a workshop for testimony letter-writing in support of making the position permanent.

Freshman architecture major Leticia Ramirez is one of more than 100 DACA recipients on the campus. Like many other DACA students, she said she’s dependent on scholarships and aid from the state of Maryland to attend this university.

“If I didn’t get these scholarships,” she said, “I wouldn’t be able to come to this school.”

Though she’s never worked with Bohorquez Garcia, Ramirez said she relies on mentorship and financial counseling to find resources to pay for her education.

Last month, this university formally signed an amicus curiae brief in support of the Deferred Action for Childhood Arrivals program, which President Donald Trump attempted to repeal in 2017. The Supreme Court is set to hear arguments on the case Tuesday.

Student leaders like Candela Cerpa, SGA’s director of sustainability and PLUMAS’ vice president, were pleased to see the university support DACA, but said they wanted to see consistent support of undocumented students on campus. That starts, Cerpa said, with the permanence of the undocumented student coordinator position — but she feels the university is “leaving students in the dark.”

“We’re kind of uncertain of when things are going to move along and happen,” she said. “I was hoping by the time that the Supreme Court hearing would come around that [the university] would have made a statement at least clarifying what they’re going to do, what steps they are taking.”