Review: ‘Last Christmas’ flips the rom-com genre on its head 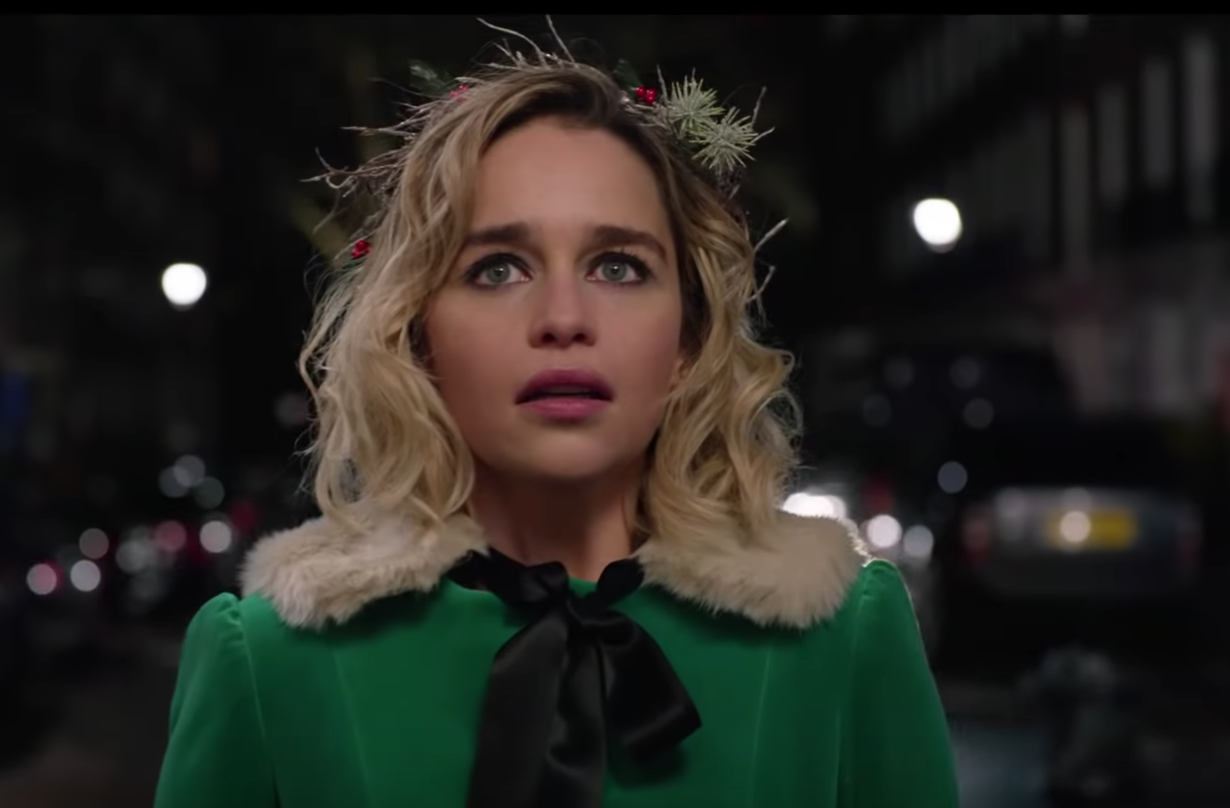 Emilia Clarke in 'Last Christmas' a story about a girl finding self-love (Photo via YouTube.)

When I rushed into the movie theater to watch Last Christmas on Tuesday, I expected to sit down and watch a soft Christmas rom-com whose biggest sin would be that it’s forgettable. I was expecting a boy meets girl trope, some Grinch-not-believing-in-Christmas vibes and a happily ever after movie. I did get that to an extent, but not in the way I expected.

My first surprise was written in big white letters across the opening of the scene of the film. “Yugoslavia 1999” was superimposed over a children’s choir, presumably in a church. Disregarding the absurdity of children singing George Michael’s “Heal the Pain” in a Yugoslavian church in 1999, my interest was piqued to see how my cultural heritage was about to be portrayed on the big screen.

The only times I’ve seen Serbo-Croatian movie characters in Western cinema has been in spy thrillers, and they’ve usually been cast as terrorists. But this time, we have a leading lady, Katarina (Emilia Clarke), who comes from a Croatian family that escaped to London from war-torn Yugoslavia.

As a child of immigrants from former Yugoslavia who left right before the war started (and who were fortunate enough to not be too affected by it), I wanted to know if the film would do me justice. Would this be a fair and accurate representation of my own life, balancing being in Serbia at home and being in America at school? Surprisingly, the answer is yes. The portrayal of Croatian culture is one of the movie’s best assets.

The film begins with Katarina, who prefers to go by Kate (~just assimilation things~), working at a Christmas store in London as an elf. Right at the beginning, the script smacks you in the face with an unexpected Mean Girls-type of humor that capitalizes on awkward moments and blunt comments. Most of these quick quips are delivered by Santa (Michelle Yeoh), the Chinese owner of the store whose only personality traits are sass and passion for Christmas.

Kate’s sister storms into the store to ask her to answer their mother’s phone calls because she’s worried that Kate keeps missing doctor’s appointments. We find out that Kate was very ill recently (the specific cause unknown until the very end) and she doesn’t seem to have a good relationship with her mom, as she’s ignored all 17 of her calls. This made me chuckle since there was an occasion where my own Serbian mother couldn’t reach me because my phone was on silent and texted me 19 times (sorry, I love you Mom).

Since Kate had a near-death experience, she doesn’t feel like herself anymore. At the start, we see her engaging in risky behavior, such as bouncing around from friends’ houses to the streets to avoid going home to her mother, and sleeping with guys she picked up from the bar. She even forgets to lock the door to the Christmas shop because she’s rushing to an audition, and the next morning the place is ransacked.

She can’t seem to do anything right, failing auditions and getting kicked out of friends’ apartments, so she finally relents and goes home. She calls her father (Boris Isakovic), a former lawyer in Yugoslavia, now a taxi driver because he can’t afford to retrain in England, to pick her up. He avoids going home because he doesn’t want to spend time with his wife, who is definitely suffering from PTSD as a result of the war. Once Kate goes home, the real meat of the story starts to unfold, which is her journey toward healing.

The most Yugoslavian part of the film was when the two sisters got into an argument at the dinner table and used a Croatian phrase, “nabijem te na kurac,” which translates to “I will stick you on my dick” (a cruder way of saying “fuck you”), interspersed into their English. This is accompanied by the mother being confused about the meaning of “dick” and wondering if their neighbor Dick is named after a penis. Yes, this is the kind of insult we use, which, if you like dirty jokes, is hilarious, but if you don’t, sorry LOL.

Last Christmas is about Kate reconciling with herself, and learning to love herself and her quirky slightly broken Croatian family. Henry Golding’s character, Tom Webster, who’s supposed to be the romantic interest, serves more as a vehicle for her own self-discovery. He is terribly charming and adds a few cute moments to the movie but is a largely uninteresting character. He’s there to spawn Kate’s growth and help her find her vivacity and will to live again.

The film also touches on themes of homelessness and immigration, so if you want a movie free of political messages, this is not the one for you. Kate starts to volunteer at a homeless shelter where Tom works in order to find him after he disappears for a few days. There’s also a scene where Kate is on a bus and watches as someone yells at a Yugoslavian couple to “go back to their country.” The film concludes with Kate making a touching speech about how helping others is what makes us happy, which I can safely say is the main message of the film.

The ending left a lot to be desired, since so much tension was created in the movie with regard to Kate’s relationship with Tom and the anger of people in London toward Eastern European immigrants. None of it was really resolved — suddenly her family is happy and whole again and she ends up alone but internally healed. Which is OK … at least it’s different.

I think the most endearing part of this movie is the focus on her family and her culture, and not just because it mirrors my own. The rest of the plot that was dedicated to the rom-com was not fulfilling enough to stand alone. Her Croatian family still dealing with the aftermath of a war that changed their lives forever adds another layer of meaning to her near-death experience. Despite all the trauma, she and her family can find happiness again even though it will be an uphill battle.