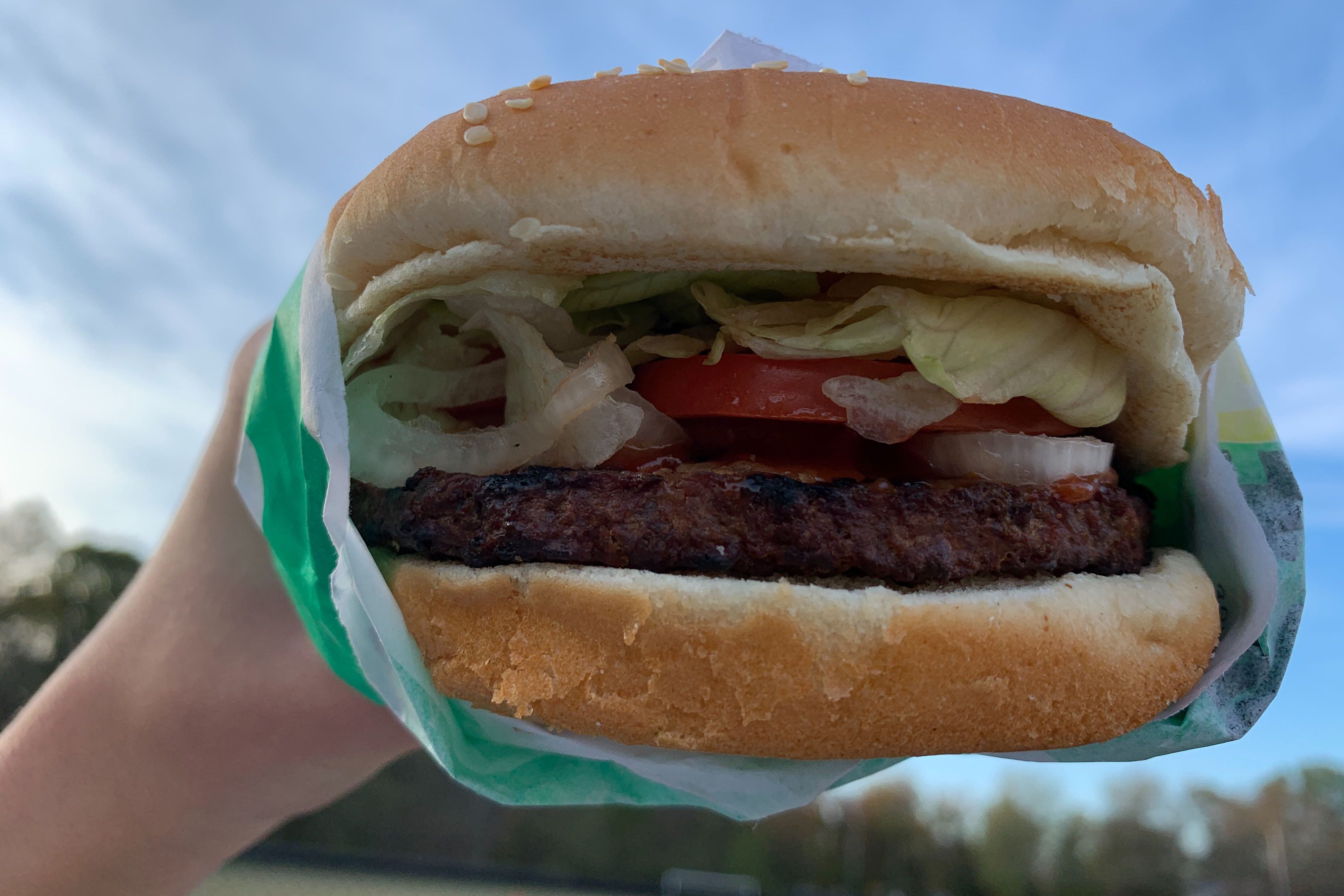 By Audrey Decker and Evan Haynos

Whether you’re a meat-eater or a vegetarian, it’s hard to argue with the facts — beef is not a sustainable food. The Food and Agriculture Organization of the United Nations found that cattle is the animal species most responsible for greenhouse gas emissions, at 65 percent of the total livestock emissions. Another study shows that producing red meat requires 11 times more water and 28 times more land than pork or chicken.

In August 2019, Burger King put its spin on a well-known solution by releasing its take on a beef replacement burger. It paired the widely-accessible Impossible Burger — a plant-based burger substitute — with lettuce, tomato, onion, pickles, mayonnaise and ketchup to create the Impossible Whopper.

While beef isn’t sustainable, alternatives come at a price — $1.40 to be exact. The Original Whopper is $4.19, and the Impossible Whopper is $5.59. Hopefully, in the future, restaurants and fast-food chains will provide comparable prices for vegetarian options, but Burger King carrying a meatless burger is already a step in the right direction.

Here’s how the Impossible Whopper stacks up for us, a life-long vegetarian and loyal carnivore:

The taste of the patty was bland, similar to any standard veggie burger I’ve eaten before. It had more of a “meaty” taste than the substitute burgers I usually eat, such as black bean burgers, probably because it was prepared the way Burger King makes its other burgers. I was raised a vegetarian, so I’ve literally never eaten a beef burger before, but the squishy bun and toppings made it taste like what I imagine a real burger to taste like.

[Read more: Review: This bi-weekly menu from the Green Tidings food truck has its ups and downs]

Although I didn’t mind the actual patty, the burger as a whole did not taste very good. The aftertaste was almost chemical, and I altogether had a weird feeling in my mouth after I finished eating. In my experience, fast food usually has a bad aftertaste, but if Burger King can improve the vehicle by which the patty was served, I’d be pretty happy with the meatless burger.

My only other experience with an alternative burger is Hip City Veg’s “Smokehouse Burger,” a Beyond Meat patty whose flavor was transformed by the crispy onions, barbecue sauce and melted gouda cheese that topped it. The Impossible Whopper had less glamorous toppings — lettuce, tomato, onions, pickles, ketchup and mayo — and at times felt simply like a vehicle to carry these low-quality condiments.

The absence of cheese on the burger (the traditional Whopper way) also had an effect. While I understand the Whopper is BK’s flagship burger, it might have done better to create a custom sandwich with more flavorful toppings, including a slice of highly processed and delicious cheese. This kind of concoction would hide the simple fact that it tastes bland and doesn’t totally mirror the beef patty it aims to represent.

Surprisingly, I enjoyed the texture of the Impossible Whopper. It was fairly chewy, but not any more than other meat substitutes. If anything, it was less chewy than some fake chicken I’ve tried before. The patty was thin enough that each bite didn’t take me ages to chew. I do wish the burger were less dry — in ads I’ve seen for other restaurants’ Impossible Burgers, they looked as moist as a real hamburger. The texture was pretty good for fake meat, but it lacked the juiciness I craved.

There’s a slight tug of resistance when you bite into a ground beef hamburger as the char of the seared beef creates a snap — this doesn’t exist with the Impossible Whopper. There’s still a grilled texture and it’s not as spongy as I anticipated, but the bite is a bit softer than you’d like, and it doesn’t hold together quite so well.

[Read more: A guide to how one college student eats]

Fast and relatively cheap, the Impossible Whopper is a solid meatless option. Other than subpar toppings, the burger itself was as good as other meat substitutes. Because I mainly eat vegetable-based patties, such as quinoa or black bean burgers, it was a nice switch up. But my favorite aspect of the Impossible Whopper was the fun I had going into a fast-food drive-thru and actually being able to order a burger.

For me, the major downfall of the burger was that it’s not completely vegetarian unless you request a non-broiler preparation, otherwise Burger King broils it in the same place it cooks chicken and beef. Vegetarian or vegan customers might not know this before ordering their Impossible Whopper; I know I usually assume restaurants use different cooking surfaces. So definitely do your research before you order meat alternatives at restaurants, fast food or not.

The Impossible Whopper is an imitation burger, but at times it’s doing more of an Inspector-Clouseau-from-The-Pink-Panther impression than a truly accurate one. My perception is partly influenced by the fact that I ate a normal Whopper in the same sitting, so the ground beef taste was fresh in my mouth and it was easy to pick out what the other sandwich didn’t have. If you weren’t eating them side-by-side, it might’ve been harder to tell the difference.

It’s look is stunningly similar — grill marks on the outside, well-done bits of gray matter on the inside — and it’s taste is close enough to mistake if you weren’t paying attention. However, it’s still fast food, and you’re not going to be eating a truly high-quality item whether it’s ground beef or imitation meat, so don’t expect such. But the Impossible Whopper presents something extremely valuable — a burger option that doesn’t decay my heart or our planet.