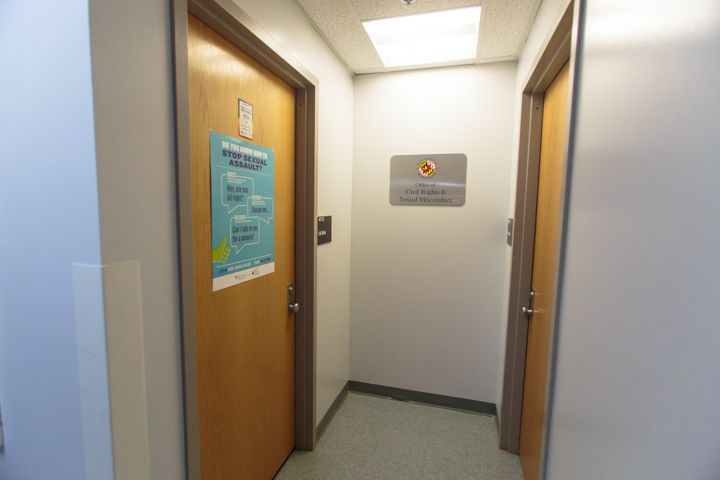 Former Office of Civil Rights and Sexual Misconduct director Catherine Carroll said the office has had funding and staffing difficulties since its founding in 2014. (Tom Hausman/The Diamondback)

During my junior year, my English professor showed the class a letter she and several other members of the American Society for Eighteenth-Century Studies wrote to the group’s executive board. The letter, in so many words, said we all know “renowned Americanist” Jay Fliegelman abused his student, hence his two-year suspension from Stanford University and the revocation of society awards — but it didn’t say exactly what he did. And in saying nothing publicly about it, there’s a tacit refusal to acknowledge how the society endorsed him.

My professor was so impassioned about this cause that seemed so straightforward, concerning the character of a man who had been dead for nearly a decade. It’s stupid as hell that it took so many signatures, that it really took so many people speaking up in 2017 — when he was first formally accused of sexual assault in 2000 — just to put an asterisk on the record of a man who was plainly accused of crimes.

And this is just a case study of exposed abuse. There’s so much more that exists untold, and it’s because the institutions and people in academia readily enable academics to mistreat students.

Mandatory reporting policies are designed to stop professors and other authority figures from ignoring misconduct. Yet that rarely happens — academia fails to give students adequate ways to respond to abuse by professionals in their field.

But sometimes, it’s the mandatory reporter who asks them not to tell, instead of the victim choosing not to disclose. And there’s a difference between graduate teaching assistants looking the other way when their students talk about underage drinking, and professors asking you not to say the name of the colleague who you both know has been an abuser for years — because then, your tenured academic adviser would have to do something uncomfortable. Implicitly, out of the same pompous and nearsighted attitudes that lets people in power avoid consequences, they think they shouldn’t have to.

Mandatory reporting assumes the reporter isn’t involved with the misconduct, when in fact, an entire discipline can be complicit. Outside their departments, the other resource at this university for victims is the underfunded and understaffed Office of Civil Rights and Sexual Misconduct — which took an average of 90 business days to conduct investigations in 2017. This isn’t enough for people trying to counter a systemic problem, and it offers limited recourse for people who hear stories about misconduct in their department. With such limited resources, it feels as if the university is teaching people that getting involved is just a risk.

These stories are easily smudged out of history at universities through, not what I’d call institutional strategy, but gaslighting. Students pass through the system quickly compared to the time scale of professors’ tenures, so undergraduates hardly have a chance to make any stir. Graduate students are often beholden to silence because there is more at stake for them, given that they’re at the feet of the ivory tower. Functionally, there’s no one here who can say abuses ever happened if faculty do not.

Several departments at this university have instituted some sort of inclusion and equity-oriented committee to improve internal culture. This sentiment is good and necessary, but it doesn’t acknowledge that inequity lies in the power imbalance between students and academic professionals. The former can still be discouraged from talking about abuses of that dynamic because professors and faculty in these committees are complicit in department culture.

We have diversity training and exultation of campus resources — but nothing makes up for years of silence that enables abusers.

In truth, the future lies with the generation that perseveres through it, the people with real bravery. Those who were previously vulnerable deserve to be encouraged and empowered to speak. Failing that, we must find ways to take power in personal action — and personal risk — both in principle and publicly refuse to engage these abusers. Instead, tell their stories and reach out to the people vulnerable to them. We can make the consequences for our superiors.