Banning whiteboards would do little to address hate at UMD 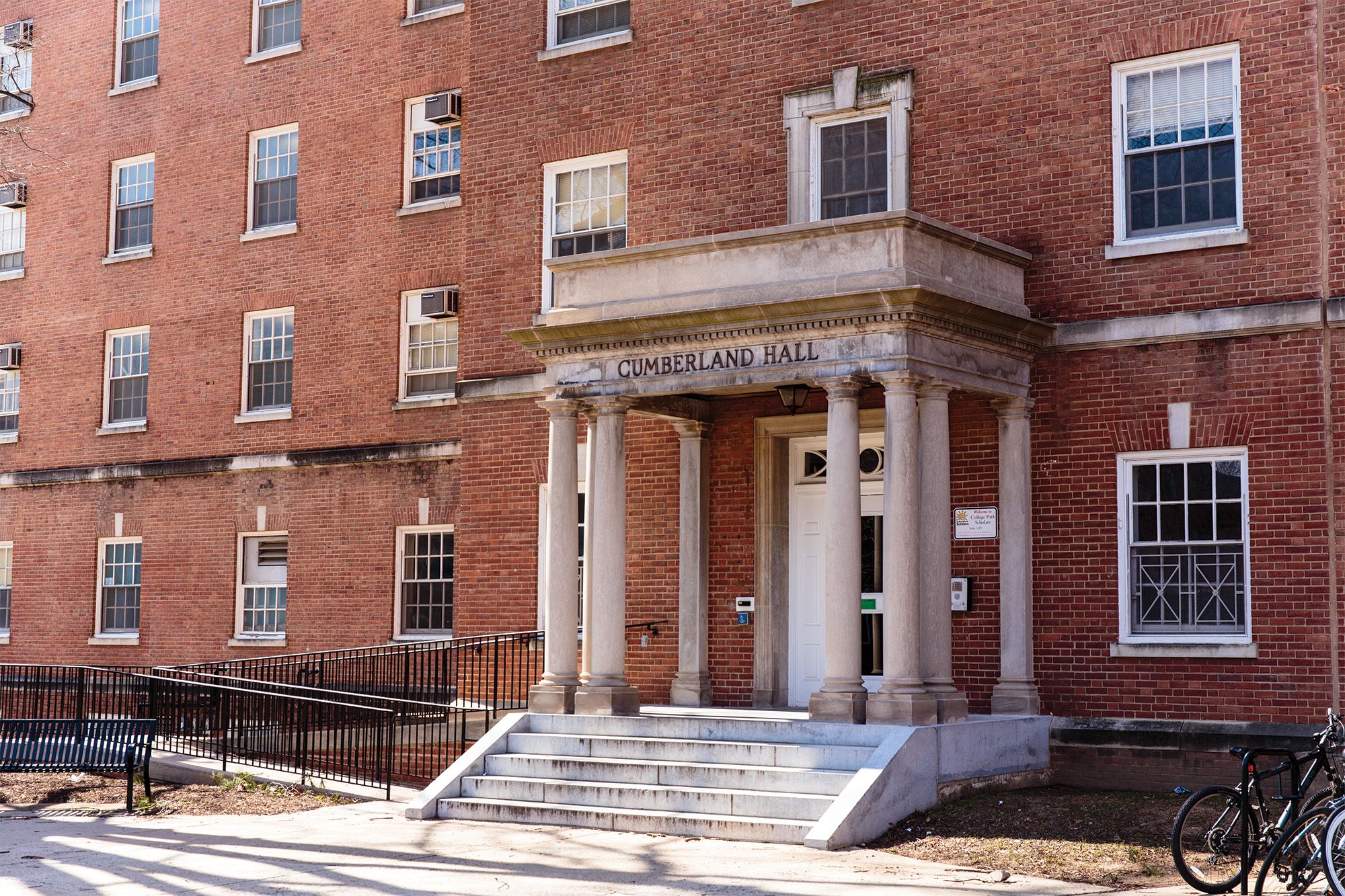 A racial slur was drawn on a whiteboard in Cumberland Hall in 2018. (Tom Hausman/The Diamondback)

Everyone loves whiteboards. Professors write and project presentations on them. Students use whiteboards for work or as an informal survey tool we can tack onto our dorm doors. And racists love whiteboards because they provide a comfortable and low-commitment platform for spreading hate.

Whiteboards, like much of this campus, have been corrupted by the steady current of hate bias incidents at the University of Maryland. This in itself isn’t news at all. Last year, University of Maryland Police responded to cases of swastika drawings and anti-LGBTQ writing on dorm whiteboards. On a campus where unchecked hate has spawned everything from whiteboard epithets and hate symbols to (as prosecutors allege) the fatal stabbing of 2nd Lt. Richard Collins, it’s clear we must take all incidents seriously and act decisively to prevent future harm. That’s why you’ll be comforted to know that the Residence Hall Association’s new Residents and Police Committee has discussed banning whiteboards in dorm hallways!

Sarcasm aside, that concept would clearly be insufficient — and emblematic of how diversity efforts at this university often fail to meaningfully address the roots of hate bias incidents and discrimination on this campus.

A whiteboard ban is a laughable attempt at starving campus bigots of their tools. It would be in hopes to build a “safer environment” for students on a campus that has been wracked by hate bias incidents throughout the years, and while the intention of protecting students is sincere, the method is questionable. Out of more than fifty hate bias incidents on the university’s log dating back to January 2018, five “have involved hateful language or symbols drawn on a whiteboard in campus dorms or buildings.”

This warrants attention, but should we really be considering an anti-whiteboard crusade when so little has been done to address issues of hate bias on the campus? How does removing whiteboards from dorm hallways even remotely address the root causes of hate on this campus? How does it start a meaningful dialogue on how we, as a community of all backgrounds, can work to address and prevent hate incidents, or how we can heal? All this possible policy would do is bury a far-reaching issue and stifle a true examination of the prevalence of hate on the campus.

If it was officially proposed, it wouldn’t be the first ham-fisted diversity attempt made at this university. Last year, on a campus where black and LGBTQ students and students with disabilities reported feeling the least physically and emotionally safe compared to other community members, the Counseling Center branded the counseling group White Awake as a “safe space” for white students to gather and discuss race. The group faced massive backlash after an insensitive ad came out, but it teaches a valuable lesson about how prejudice and hate is addressed on the campus.

Both a whiteboard ban and projects like White Awake are key examples of how the university itself and some groups on it shy away from meaningful conversation about the dynamics of privilege and oppression and how they play out on this campus. White Awake sought to shield white students from their discomfort with racial issues; instead, it should have been a tool to challenge them on their privilege and the ways they perpetuate racism. It sought to have a dialogue about the “-isms” in a sterile environment not at all representative of this university, or of society as a whole.

A whiteboard ban in dorms falls far short of meaningful action on hate bias incidents — the root cause of racism, homophobia and all other forms of prejudice is certainly not whiteboards in a collective space. If the idea were pursued, it likely wouldn’t be effective given that whiteboards are just one of the countless ways to publicly post a message.

It’s hard to talk about oppression. It’s hard to confront our privileges and biases. But that needs to be embraced and addressed, not ignored. A whiteboard ban would be another Band-Aid to cover up wounds ignored at this university for too long. If we ever hope to move forward and improve the campus climate, we must face the pain beneath, together.

CORRECTION: Due to a columnist error, a previous version of this column and its headline incorrectly stated the RHA proposed banning whiteboards in dorm hallways. The idea was discussed, but it was not officially proposed. This column has been updated.