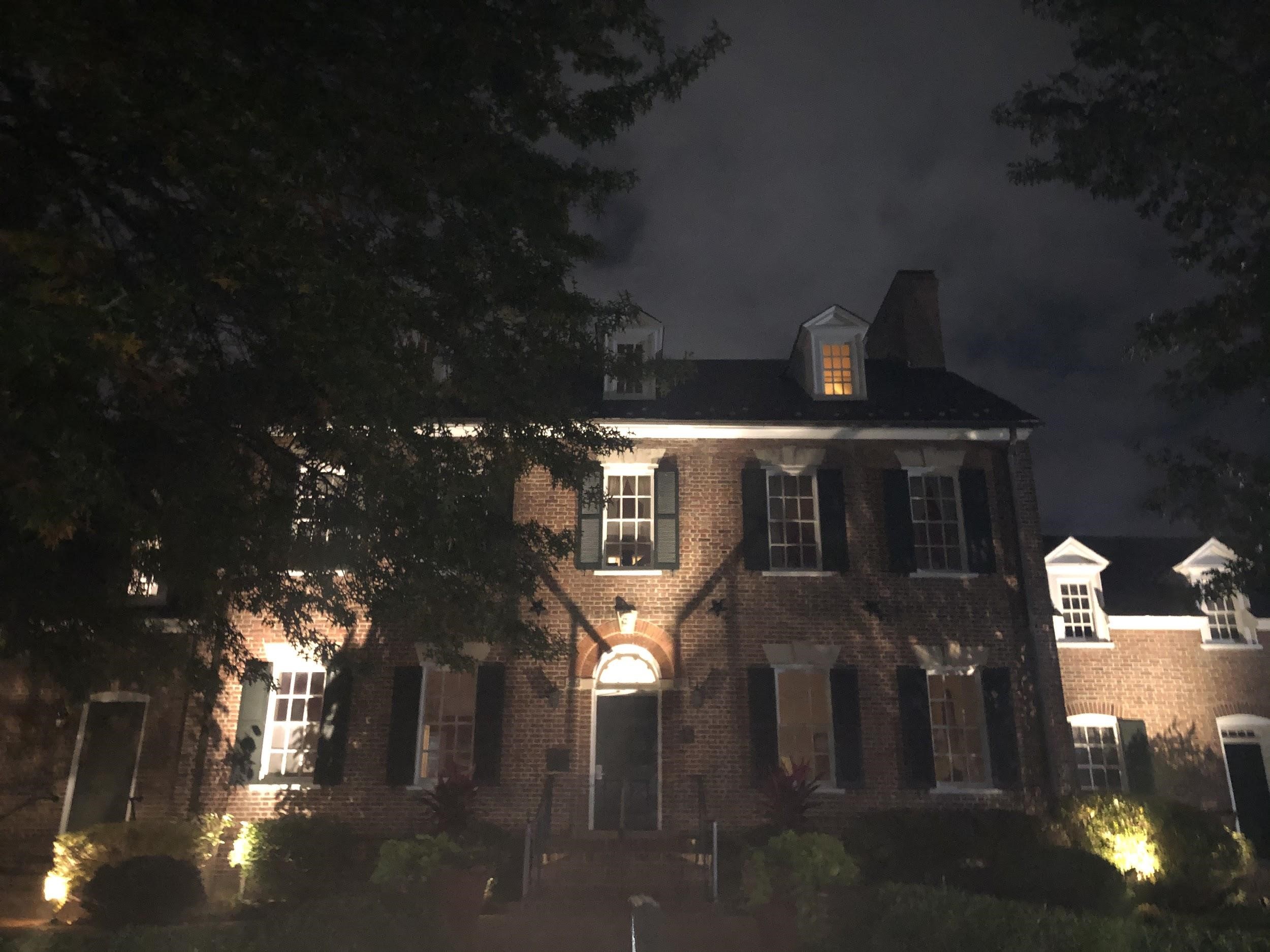 Rossborough Inn is said to be haunted by the spirit of "Miss Betty." (C.J. Lawrence/For The Diamondback)

C.J. Lawrence
For The Diamondback

On the grounds of the Rossborough Inn, the spirit of “Miss Betty,” believed to be a former manager during the Civil War, sometimes still roams the grounds. In the Tawes Hall, “Mortimer,” a welder who is said to have fallen to his death during construction, still haunts the theater. And the specter of Alma Preinkert, the founder of this university’s Kappa Delta chapter, is believed to still visit her former sorority house.

These are just a few of the alleged supernatural occurrences on the University of Maryland campus, according to Anne Turkos, the university’s former archivist, and the university’s archives.

When it comes to ghost stories on this campus, nobody is more of an expert than Turkos. About 10 years ago, Turkos, who worked for this university for more than 30 years, compiled all of the campus ghost stories from students and faculty into the University Archives’ blog, Terrapin Tales.

“The good thing about a lot of these stories is that they give the campus community an education on this university’s past,” Turkos said. “By telling ghost stories, it sometimes gives a bit of history.”

[Read more: These Halloween decorations are banned by the University of Maryland]

Turkos also serves as a tour guide for a campus ghost tour program, and plans to give one with some of the those sites on Halloween to the University of Maryland College Park Foundation’s board of trustees. She considers Rossborough Inn to be the most significantly haunted location at this university, and believes the inn’s history of reported sightings — being one of the oldest buildings on campus — contributes to its spooky reputation.

“You know, if you see it at night, that building really is creepy,” Turkos said.

The spirit “Miss Betty” has allegedly appeared in windows, and her steps can be heard throughout the building at night, Turkos said.

Maryland Paranormal Research, a group that investigates hauntings and paranormal activity, also visited the Rossborough Inn to check on Miss Betty. They recorded several voices on a P-SB7 spirit box during their stay.

A “spirit box” is essentially a modified radio that continuously scans along AM and FM radio frequencies. It is believed that ghosts communicate through this box by putting together sounds from different radio stations to form words or messages.

Turkos said she has heard reports of alleged ghost stories even in places like the Stamp Student Union.

“At Stamp, elevators move on their own, and there are unexpected cold spots,” she said. “There could definitely be something there.”

In addition to documenting the supernatural experiences of others, Turkos said she has had her own encounter with what she believes may have been a ghost. One night while she knew she was alone in Hornbake Library, Turkos said she heard the sound of someone trying to open a door when she was getting ready to leave.

“It was creepy,” she said. “I decided it was probably time to go home at that point. Goodnight ghost!”

Some students at this university have mixed feelings about the potential of a haunted campus.

Daniel Schleckser, a senior computer science major, said some of his extended family believes in ghosts, but he does not. Schleckser said people are too quick to use the supernatural to explain abnormal experiences.

“If you’re in a building, and you’ve heard many times that it is haunted, you might trick yourself into thinking that, when you hear a small noise, that they are footsteps of a ghost or doors slamming, when really it could be, like, anything,” he said.

Ludovica Farina, a senior communication major, said that she did not believe in ghosts because she had no personal experiences or reasons to.

“I’m the kind of person who goes to sleep with all the lights on or the TV on, so I’m not freaking out about weird sounds or anything like that,” Farina said.

But some students, such as Paola Williams, have a different opinion. Williams, a junior sociology major, said she believes in spirits and hauntings, but not necessarily in the more unrealistic hauntings being labeled as “paranormal activity.”

“We live in such a digital era that we attribute everything to science,” she said. “So everything that we don’t know or can’t prove or can’t find tangibly, we dismiss.”