Maryland volleyball can’t get going in 3-0 loss to No. 8 Penn State 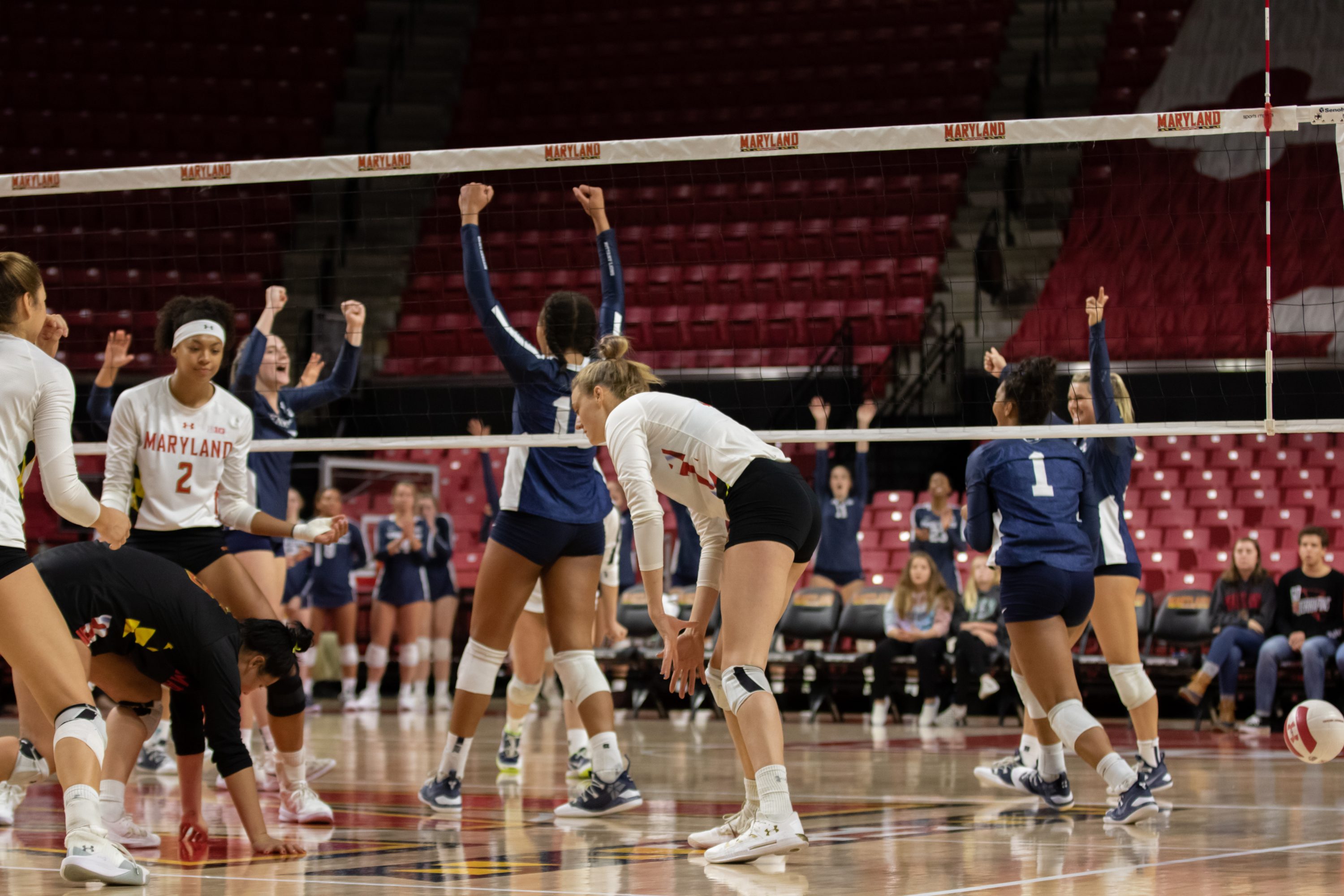 In its last match against Big Ten powerhouse Penn State on Oct. 11, Maryland volleyball came out firing on all cylinders, with coach Adam Hughes’ squad winning its first set in State College since 1983.

The Terps left that match feeling as if the program had taken a step forward despite falling in five sets. So they came into Saturday night’s bout confident in their ability to knock off the No. 8 Nittany Lions in a rematch.

But in front of a home crowd at the Xfinity Center, Maryland was a far cry from what it showed in its first meeting with Penn State. It dropped the first set and was never able to recover en route to a loss in straight sets (19-25, 20-25, 22-25).

“I don’t think we started on time, and that was one of our goals for this match,” Hughes said. “We were giving ourselves some opportunities, but we just shot ourselves in the foot too often.”

The Terps hung around with the Nittany Lions for a while in set one, but they were never able to get on a roll. Maryland put together just one run of three points in the set. And while Penn State allowed the Terps to come back late in the frame thanks to three straight service errors, the away squad emerged victorious, 25-19.

“In the first set, it was a lot of our errors,” middle blocker Katie Myers said. “Teams like Penn State are going to put pressure on you, so we need to believe in ourselves.”

Middle blocker Rainelle Jones left the first set with a hand injury, and she didn’t return until set two. However, Jones was a nonfactor after her re-entry, finishing the match with just one kill and a -.071 hitting percentage.

The second set was more of the same for Maryland. The Terps tried to close the gap between them and the Nittany Lions but were unable to do so; Maryland never led in the set. Penn State finished on a 4-1 run, and it won the set, 25-20.

Outside hitter Jonni Parker paved the way for the Nittany Lions throughout. Parker, who took home 13 kills the last time the two teams squared off, finished Saturday’s match with a game-high 14 kills.

“I thought they were really scrappy,” Hughes said. “They had a really good gameplan, and we knew they would make some adjustments based on what they saw from us last time.”

With the straight-sets loss, Maryland moved to 4-6 in the Big Ten and 0-3 against ranked opponents.

“I wish we could have extended the match there in the third to see if we could keep going with them,” Hughes said. “It just wasn’t a great effort.”