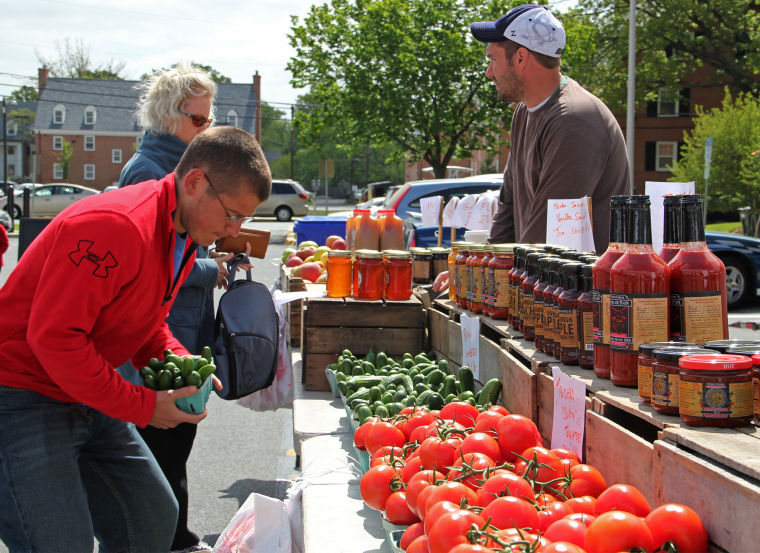 In the Downtown College Park Farmers Market's last few months, the market had only two vendors — a prepared-food Thai restaurant and a gluten-free bread vendor. (File Photo/ The Diamondback)

After years of business, the future of the Downtown College Park Farmers Market is unclear.

Earlier this month, the farmers market — which typically lasts from April through November — announced it would be wrapping up a month ahead of schedule due to low customer turnout. Julie Beavers, the market’s manager, says it might not return next year.

“Both vendors were losing money every Sunday,” Beavers said. “And for them it didn’t make sense to be there any more if they were going to lose money on it. So they basically both told me that they didn’t want to come back.”

Ryan Chelton, the city’s economic development coordinator, said he plans to collect data from vendors and bring the market’s fate to the College Park City Council in late winter. Based on the feedback council members receive from vendors and customers, it’ll decide whether the market should continue — and, if so, when.

Even if the market hadn’t seen low turnout, it likely would have had to take a hiatus near the end of its season or move, District 1 Councilman Fazlul Kabir said. The market was set up in the parking lot behind City Hall — a building the city is currently vacating to prepare for its demolition, which is set to start early next year.

College Park Mayor Patrick Wojahn said the market isn’t likely to continue while the new city hall is under construction.

Beavers said the market’s imminent closure factored into the decision to end it early.

“We didn’t want to get anyone established in a market that was going to close anyway,” she said. “So we really didn’t … seek out new vendors.”

Chelton said almost everything in the old building had been moved out, including most of the items used for the farmers market, such as tents, tables and chairs.

If the market returns, Kabir said it would likely be held in the plaza planned around the new City Hall building, which is set to be finished in 2022.

Beavers remembers when the market had more than two vendors. About six years ago, when she started working with the downtown market, she said vendors sold water ice, different types of prepared food and crafts. The market also had two produce vendors.

[Read more: College Park’s City Hall renovation could have a water feature worth over $200,000]

The market began in College Park when it was still considered a food desert, Beavers said — Target, Whole Foods and Lidl hadn’t opened yet. But now, customers have other grocery shopping options.

“Honestly, I think the major factor that really caused the market to close was that … [residents] didn’t need it anymore,” said Beavers, who also manages the nearby Hollywood Farmers Market.

As manager, Beavers said she fought for the market to stay open and adapt to customers’ needs. But she said she knew its closure was inevitable.

Still, Beavers said she wants to think of this ending as more of a break than a final goodbye.

“While I am sad that it’s not there now, what’s to say that in a couple years we might not revisit and come back, and maybe have a different type of market,” she said.