Maryland men’s soccer moves up to No. 22 in United Soccer Coaches poll 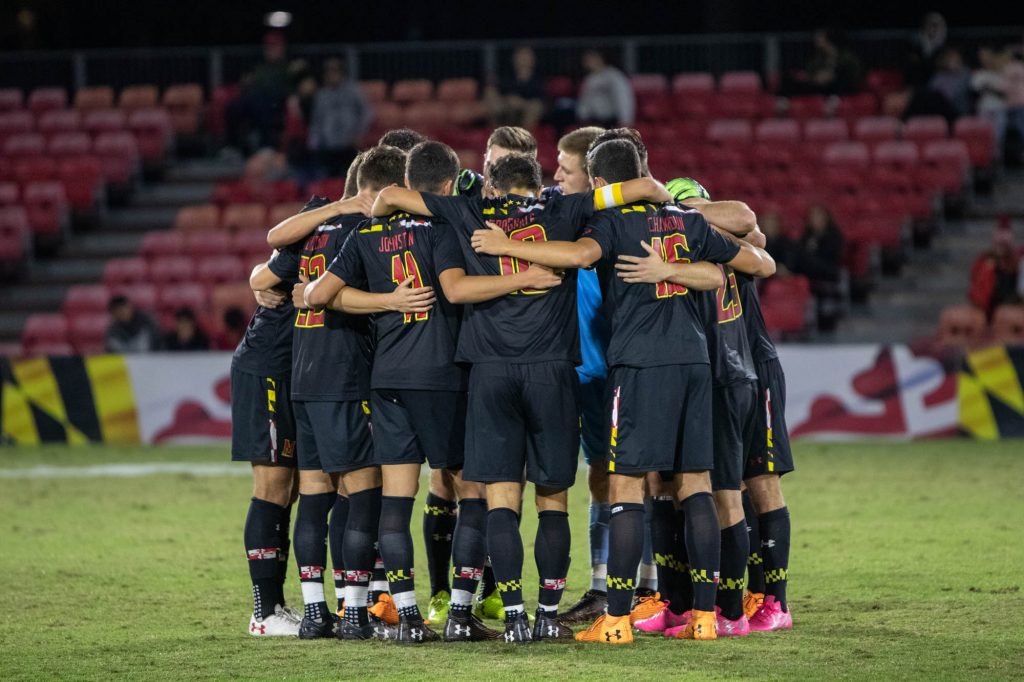 The Maryland men's soccer team huddles during its 1-0 overtime win over No. 24 Yale on Oct. 21, 2019 at Ludwig Field. (Richard Moglen/The Diamondback)

Maryland men’s soccer moved up three spots to No. 22 in the United Soccer Coaches poll released Tuesday after going 2-0 with wins over then-No. 6 Indiana and No. 24 Yale since last week’s rankings.

The Terps (8-4-2) overwhelmed Indiana last Friday with three goals in a 14-minute span in the first half. The stretch propelled them to a 3-0 victory, handing the Hoosiers their first regular-season conference loss since 2015. With the defeat, Indiana (8-2-3) moved down four spots to No. 10 in the rankings.

Following up on that performance, Maryland grinded out a 1-0 overtime win on Monday night to give the Bulldogs their first loss of the 2019 campaign. Despite suffering the loss, Yale (9-1-2) remained at No. 24 in the poll.

Penn State (8-2-2) moved into the top 25 for the first time this season, joining Maryland and Indiana as teams representing the Big Ten conference in the rankings. Tuesday’s poll is the first that has included three Big Ten teams since Sept. 17, when Rutgers was part of the top 25 along with the Hoosiers and Terps.

After another grueling Friday-Monday set of games, coach Sasho Cirovski’s squad has a few days to recover before traveling to play Ohio State on the road. The Buckeyes (6-7-1) rank seventh in the conference standings, and they have won just one Big Ten game this season.