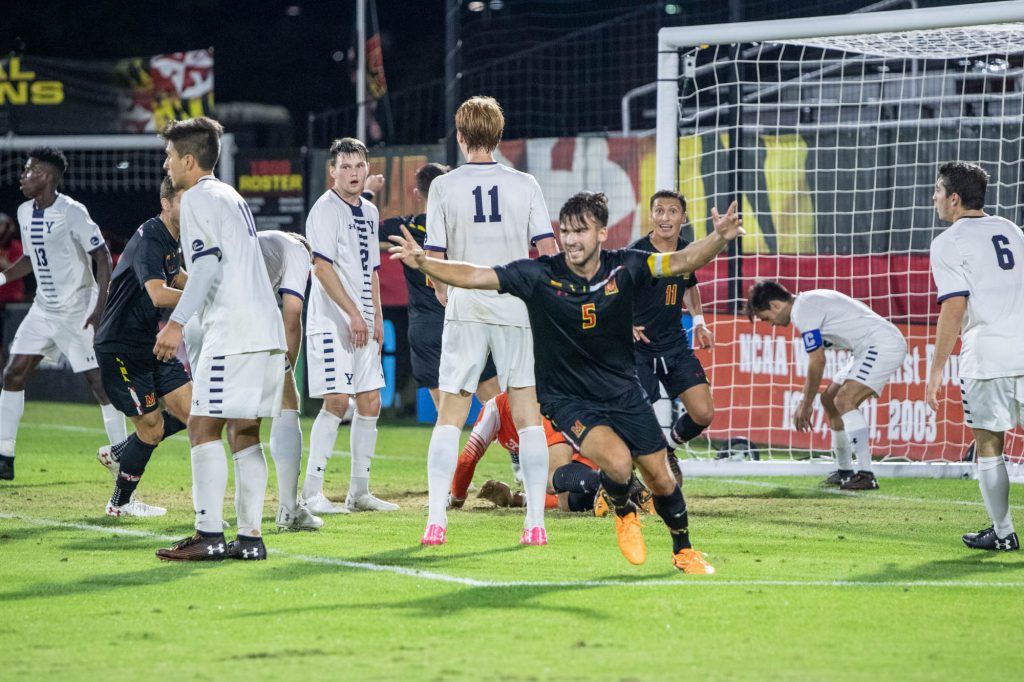 Bergmann is the first player in the Big Ten since at least 2010 to garner a share of both the offensive and defensive weekly honors.

Those accolades add to a momentous week for the senior captain — one in which he scored the first two goals of his college career in front of his parents, who were visiting from Germany to watch their son play for the first time as a Terp.

“It’s even better that my parents are still in town. They should stay here,” Bergmann joked after scoring his second goal.

Both goals came on headers to match set-piece deliveries from midfielder Eli Crognale.

Coach Sasho Cirovski said that Bergmann struggled with winning balls in the air early in his career. After making that an emphasis during training, the two goals represented tangible evidence of his improvements in that phase of the game.

“I was always decent in the air with my heading, but not very good,” Bergmann said. “Especially for a defender, you have to be very good in the air with your heading, so I practiced that. … Finally it paid off.”

These weekly honors are the second and third in Bergmann’s career after he was named a Co-Defensive Player of the Week in September 2017, just a month into his college career.