Maryland men’s basketball slots in at No. 7 in preseason AP Top 25 poll 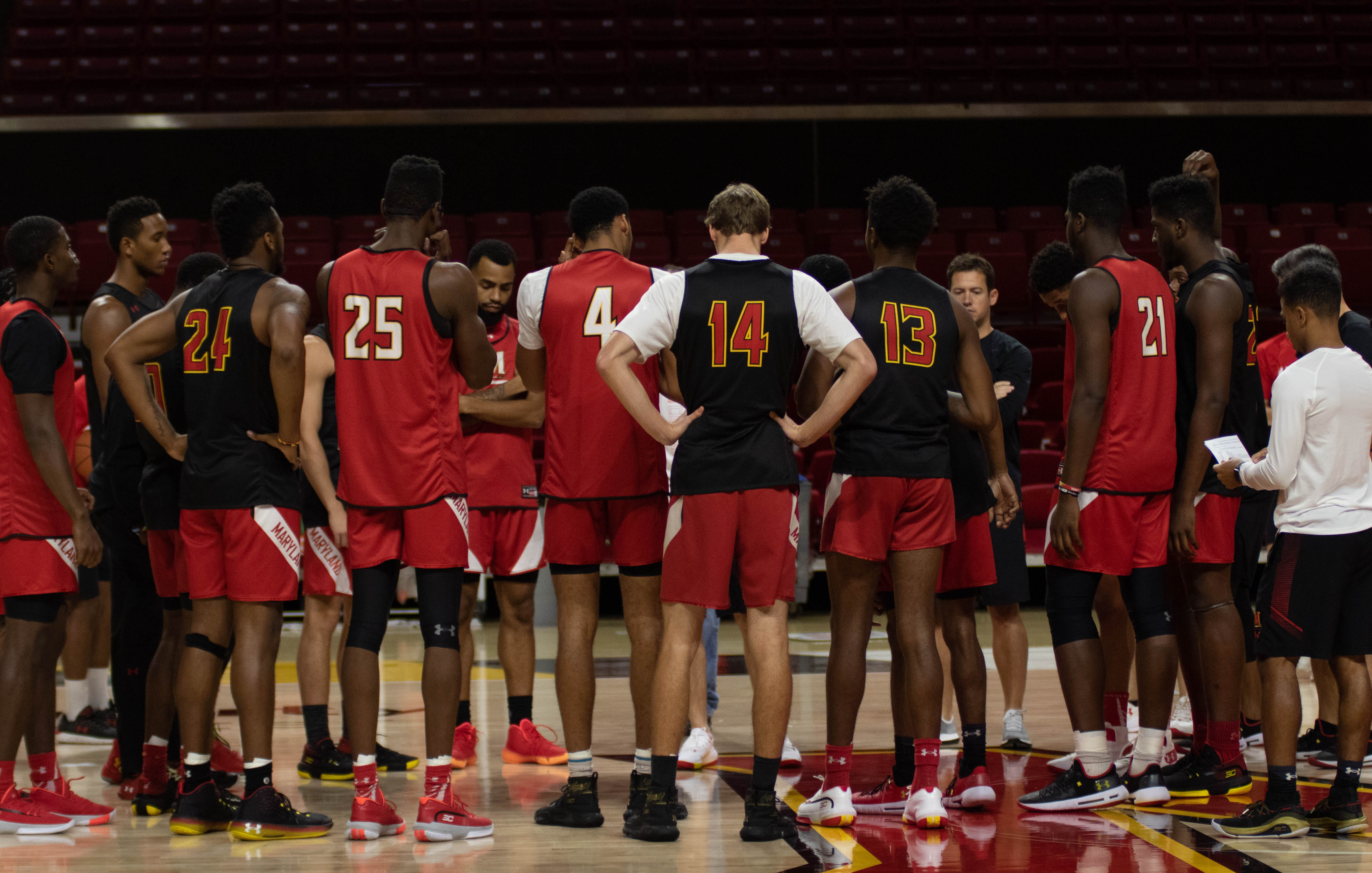 After an offseason of mounting expectations and top-10 rankings in offseason polls, the Maryland men’s basketball team now knows where it stands to begin the 2019-20 slate: 7th, according to the preseason AP Poll released Monday.

The Terps are returning many of their key players from last year — barring forward Bruno Fernando, who is now with the Atlanta Hawks in the NBA — and coach Mark Turgeon has raved about the depth his squad now has.

Forward Jalen Smith returned and is expected to be Maryland’s stalwart frontcourt option, but he’s joined by big men such as freshmen Makhi and Makhel Mitchell and Donta Scott, as well as returners Joshua Tomaic and Ricky Lindo. Guards Anthony Cowan and Eric Ayala are anticipated to start in the backcourt.

Michigan State, at No. 1, is the lone Big Ten team ranked higher than Maryland. Ohio State (18) and Purdue (23) are also ranked.

This is the highest the Terps have been ranked since the 2015-16 season, when Turgeon’s squad opened as the No. 3-ranked team in the country and peaked at No. 2 before concluding the season at No. 18, with a loss to Kansas in the Sweet 16.

“I think we’re embracing the expectations much better than that team did,” Turgeon said at media day last week. “That was kind of new for us.”

That team, led by a sophomore Melo Trimble, freshman Diamond Stone and upperclassmen forwards Jake Layman and Robert Carter, perhaps stumbled upon a high ranking too soon, Turgeon said. In 2013-14, Maryland finished at 17-15. Then, the Terps rattled off 28 wins before landing in the top-five to open the 2015-16 season.

[Read more: Hampered by injuries, Maryland basketball’s Chol Marial is on path back to full strength]

Now, after a 23-11 year in which Maryland lost to LSU in the second round of the NCAA tournament, Turgeon thinks this year’s team could be different.

“I think we’re more prepared for it,” Turgeon said. “Comes down to coachability and comes down to chemistry and being selfless. Because if we do that, then we’ll continue to get better. And if we’re playing for each other, then we’re going to be really good.”