Intertwined on the pitch and off it, Maryland field hockey expresses itself with braids 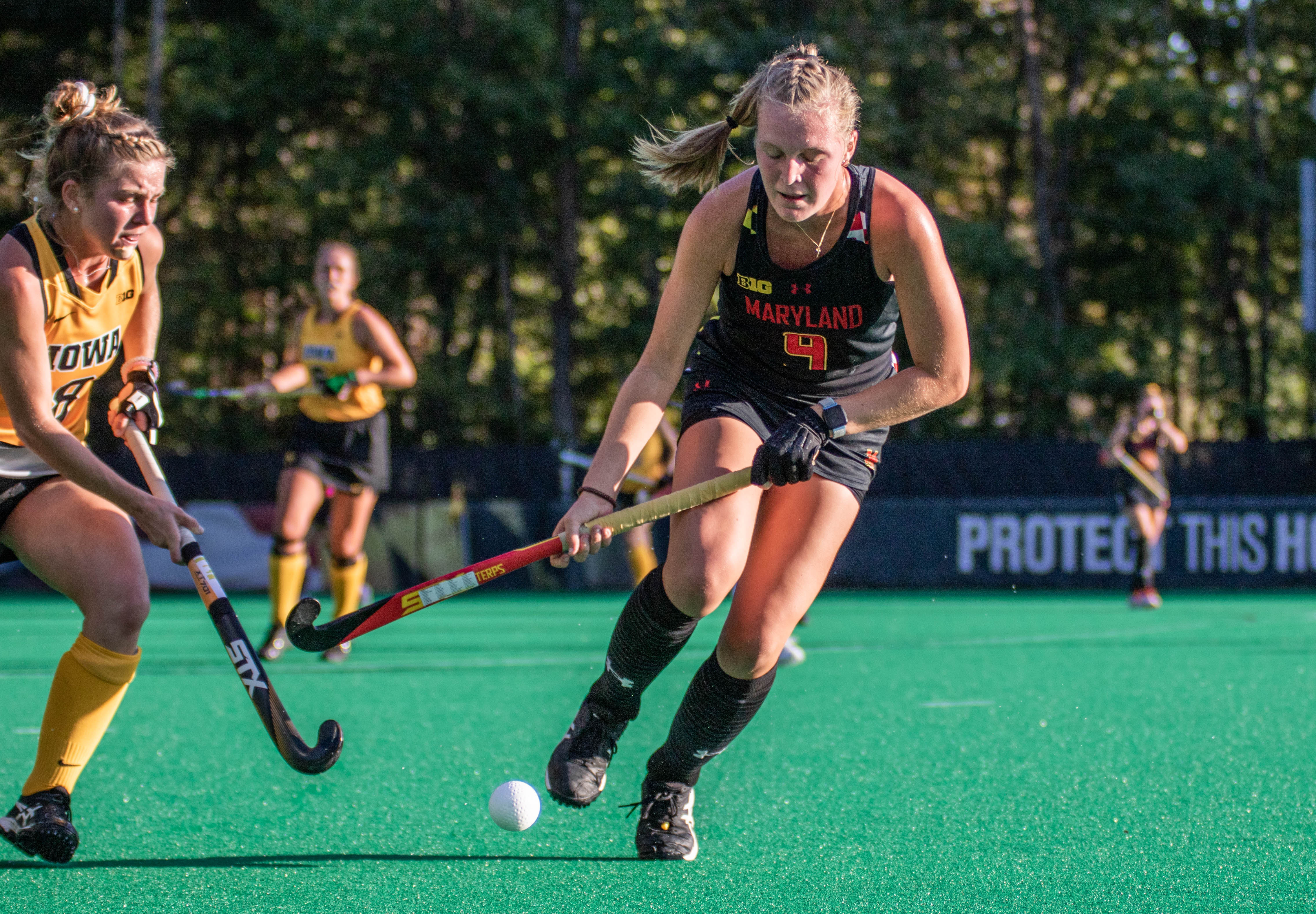 Prior to most Maryland field hockey games, midfielder Taylor Mason will place herself in front of a mirror and carefully lace her fingers through her hair before braiding it into a single plait.

It’s a bit of a superstition for Mason, one that has remained consistent throughout the season. So, hours before the No. 2 Terps were set to take on then-No. 6 Iowa on Oct. 11, it seemed likely that Mason would twist her own hair and keep the tradition going.

Instead, she positioned herself in front of midfielder Kyler Greenwalt, who subsequently wound the sophomore’s golden mane into a single-braided coiffure.

And a few hours later, Mason was on the scoresheet, pushing Maryland to a convincing 3-0 victory.

While it wasn’t Mason’s braid that enabled her to score or secure a victory for the Terps, Maryland’s unique hairstyles have helped the players express themselves — something especially important during the dog days of the season.

Similar to sports such as basketball, football and soccer, field hockey players use fashion to express themselves — but instead of altering their footwear or accessories to do so, they use intricate hairstyles. Coach Missy Meharg’s squad prides itself on its ability to display creativity through its intertwined locks.

“People have their different styles that they put in before the games to make them feel the same for every game and [get] pumped up because it’s game day,” defender Emily Thomas said.

And unlike other team traditions such as the “U-Shell,” — in which the players line up in a semicircle during the national anthem and swing their arms rhythmically — this custom is completely rooted in the players, with Meharg having little involvement in the hair-braiding process.

“I love the freedom,” Meharg said, “They can do whatever they want. Half the time, I don’t get what they’re laughing at.”

[Read more: “She’s just a spark”: Emma DeBerdine has been a jolt of energy for Maryland field hockey]

Whether it’s through braids, scrunchies or hairbands, it’s clear that the Terps’ commitment to hair plays a role in allowing them to convey their identities away from the field hockey pitch.

Take midfielder Brooke DeBerdine, who often sports a meticulously prepared braid she forms into a bun. The complex hairdo is a hit among teammates — many of whom believe it perfectly represents her feisty style of play.

“Her bun is always really fancy,” Mason said. “It makes her look kind of sassy, which is really funny.”

And it’s this creativity that has sparked the progression of Maryland’s team chemistry, as players often spend a portion of their pregame session weaving their fellow teammates’ hair into interesting new designs.

“Certain people have other people braid their hair,” Thomas said. “Noelle [Frost] always gets her hair braided by Kyler before the game.”

When discussing the Terps’ success this season, most of the attention centers on its prolific attack or its defense, which has looked impenetrable at times this season.

But when digging deeper, it’s clear that much of the team’s chemistry — which has allowed Maryland to create partnerships that have proved effective in both the midfield and the attack — comes from its desire to perfect its hairstyles.

And with her goal against the Hawkeyes, Mason perfectly illustrated the importance of this quirky, yet effective ritual.

“The only day I didn’t do [my hair] myself was against Iowa,” Mason said. “I’m thinking that might be good since that’s when I scored. Kyler did my hair then, so we might be investing in that later on.”