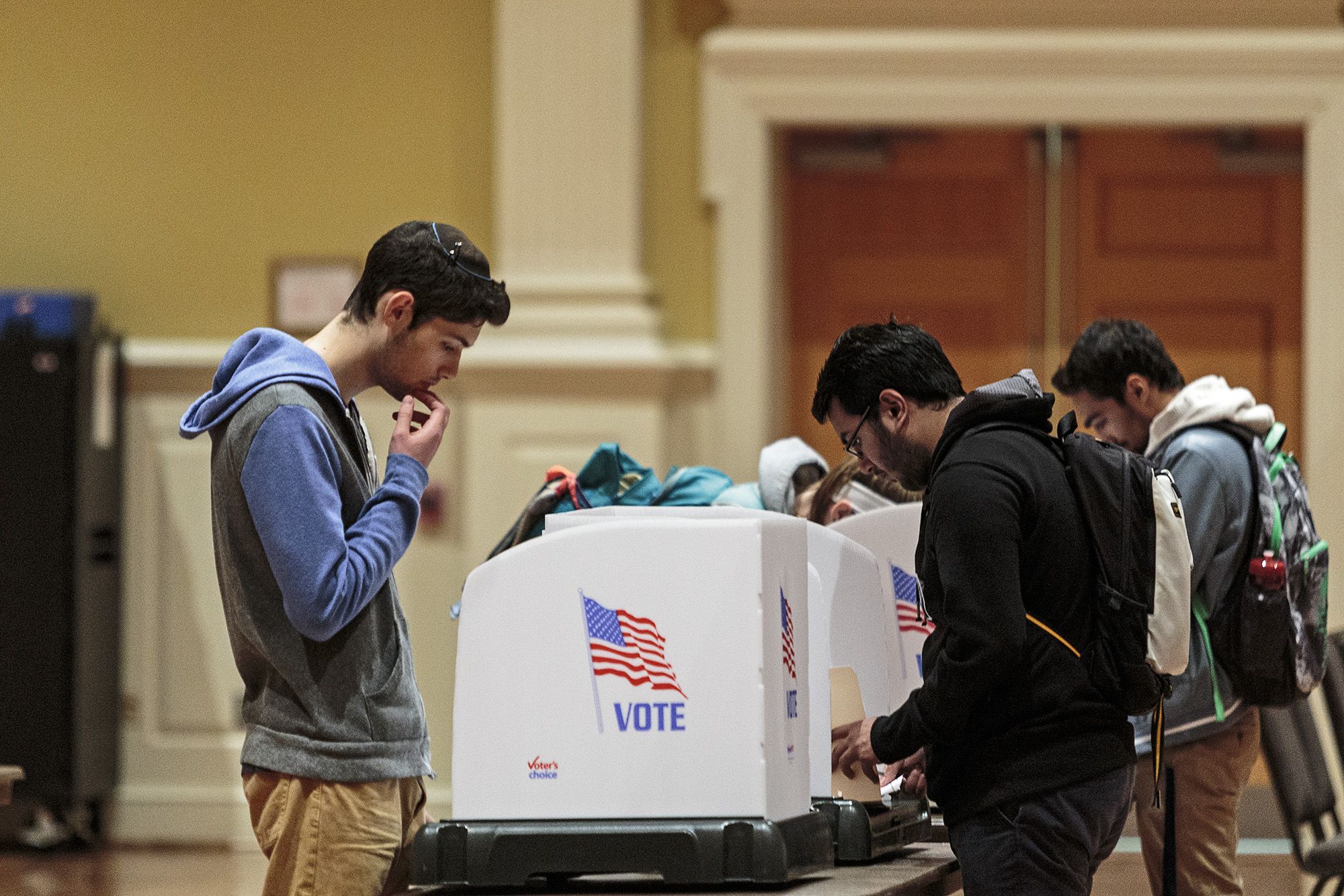 Ari List, then a University of Maryland student, votes in the 2016 presidential election in the Grand Ballroom of Stamp Student Union. (Tom Hausman/The Diamondback)

College students are known for a lot of things — unruly social gatherings, for one. But high civic engagement isn’t one of them.

But young people are shedding their apathetic attitude toward voting. According to a Sept. 19 Tufts University poll, college student voting rates in the 2018 midterms doubled in comparison to the 2014 midterms. And now, Maryland has its own law to increase voter turnout — at the beginning of this month, Maryland’s new same-day voter registration law went into effect.

This law is an imperative step forward for increasing civic engagement and voter turnout not only for Maryland residents, but for University of Maryland students in particular.

By eliminating arbitrary voter registration deadlines and allowing voters to register on election day, same-day registration makes voting far more accessible. It alleviates barriers that could discourage people from casting a ballot: No one wants to have to take off of work or school in order to register to vote.

For “geographically mobile, lower-income citizens, young voters and voters of color,” same-day voter registration can be a game-changer. College students are inherently in this category simply by virtue of their age, and for many students at this university, more than one of these characteristics can describe them.

Local governments and municipalities across the country all face similar problems of low voter turnout. While voter turnout for presidential elections between 2004 and 2016 stayed around 60 percent, the average turnout in local elections is around 30 percent or lower. Low turnout is an issue for local, state and national elections; same-day voter registration would begin to make a dent in those chronically low numbers.

As of June 2019, seven out of the top 10 states with the highest average voter turnout have same-day voter registration. This policy allowed residents of those states to vote without the hassle of pre-registration, and the turnout rates clearly reflect that.

While it doesn’t cost anything to vote, implementing same-day voter registration isn’t cheap. The new law will cost Maryland about $44,000 per year, and local governments are expected to see an increase in their expenditures.

Despite its expense, the law is necessary for the state to demonstrate that it prioritizes enabling all of its citizens to participate in government. Ensuring voting is open and accessible to all Maryland residents is a priceless asset and could help encourage a culture of civic advocacy and engagement.