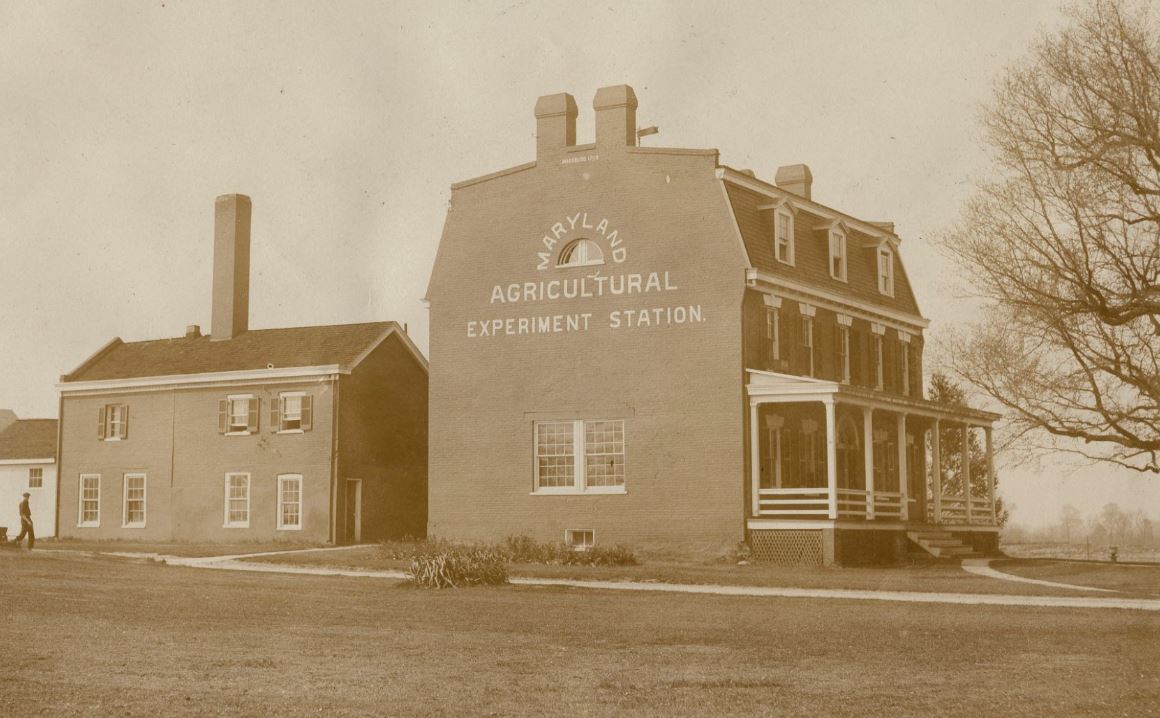 A photo of the Rossborough Inn, taken in 1913. The inn once served as the headquarters for the Agricultural Experiment Station. (Photo Courtesy of UMD Libraries)

Long before the University of Maryland was home to more than 40,000 students, it was known as the Maryland Agricultural College. Its first class welcomed 34 students. And when its first degree was awarded, Abraham Lincoln was still in office.

A new map project by the University Libraries, “From MAC to UMD,” traces this university’s history and constructs a timeline through old maps, development plans and photos.

The project was headed by Caitlin Burke, a geospatial information science graduate student. Burke who graduated in 2018, now works in the University Libraries GIS and Spatial Data Center as a project manager.

When Burke started her work, she said was looking for a summer project and reached out to her former supervisor for ideas. Her supervisor helped her come up with “From MAC to UMD,” and she began working on it.

Initially, Burke said she thought the project was something that would be quick and easy to do. As she was going through all of the old documents, Burke came to realize there might be something deeper.

“I thought it would just be a little project and then I was going through all the images and the university album and I didn’t realize how big it was or how much they had in the database,” she said. “They have so many interesting things and all the images paint a history of the changes campus went through.”

Burke’s daily work consisted mostly of organizing images and trying to figure out what to include. She said she began by looking at old maps and aerial images of the campus.

Burke also received assistance from Anne Turkos, the university’s former archivist, and Kendall Aughenbaugh, the university archivist coordinator. They both started working on the project when Burke began requesting numerous images through the university repository.

“Caitlin had been looking for campus maps in the university album and she had requested 15 or 20 images, and I was wondering ‘what is this person doing?’” Aughenbaugh said. “So I had her come over to meet me so I could more easily facilitate the transfer of those images.”

Turkos and Aughenbaugh assisted Burke by not just giving her images but also by helping her pick the most interesting images. For photos that weren’t in the university album, they suggested alternate places for Burke to look and helped her make contact with those people. They also assisted with fact-checking.

Turkos, who also previously taught a history class at this university, said this project was something that might be interesting for students to see in the past.

“As you learn about change over time you get to see how far we’ve come as a university. When we started we only had one building,” Turkos said. “We had 34 students who were all male and all white, and if you look at the diverse population today and the size of the campus, you wonder how did we get there today?”

“I think it’s a cool opportunity for students to see how the university has grown, progressed from one point to another. It’s also cool from a niche point to see that this building used to be this and which ones are still standing,” said Hunter Stempin, a senior theatre major.

Michael Keffler, a senior computer science and government and politics major, was surprised by how much buildings have changed over the years.

“I didn’t know that the Visitor Center used to be the Dairy,” Keffler said.